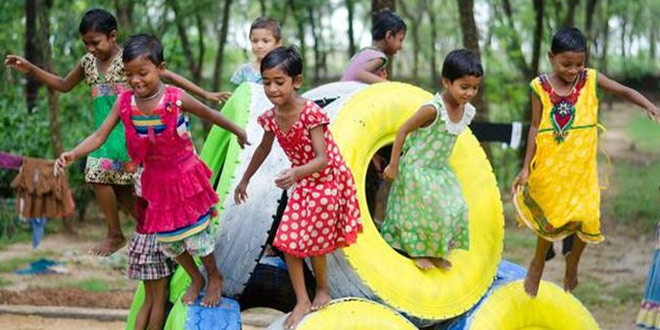 Mumbai: The concept of having a playground, which once used to be an integral part of every school in India, is gradually fading away as more and more concrete jungles are on the rise in urban areas of the country. Mumbai, being infamous for shrinking spaces is no different. However, despite having enough space to accommodate a playground, two of the municipal schools in the city have failed to utilise the space. With an aim to revamp the areas and provide a play area to children, Simran Varma (22) and Krithika Ganesan (24) are working towards building playgrounds for municipal schools. That’s not all. The two playgrounds in Oshiwara and Malwani will be made from recycling waste tyres.

The idea of building playgrounds came about when Simran and Kirthika started their 2-year Gandhian fellowship in municipal schools of Mumbai. Since most of the children in these schools come from slum areas, they often spend their after-school hours in doing household chores or indulge in anti-social activities, thus depriving them of their childhood. To tackle this problem and integrate the concept of waste management, the duo decided to reuse scrap tyres. 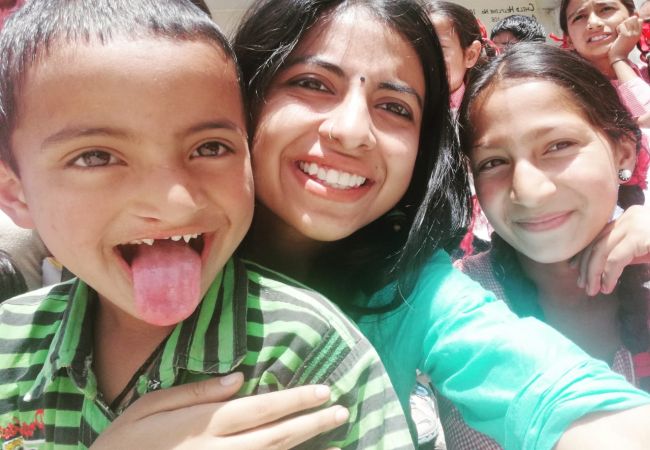 Criminal or illegal activities are not uncommon in slums of Mumbai and many children are either forced or influenced to be a part of it. They are also made to do household chores which leave them with no time to play games. Building playgrounds will help them chanelise their energy and give them a place where they can play games, Simran tells NDTV.

On asking why did the duo zeroed in on eco-friendly playgrounds, Simran says,

Teachings on waste management have already made inroads into many schools across India, with some schools even adopting composting and recycling methods. Since municipal schools don’t have that kind of money to install waste management systems in school, we decided to integrate the concept through eco-friendly playgrounds.

After getting the required permission to use the empty spaces in schools, the girls collaborated with Anthill Creations. The Bengaluru-based organisation uses scrap tyres as construction material to build playgrounds for underprivileged children through ‘Do-It-Yourself’ method. So far, the organisation has built 48 such playgrounds in 21 cities across India with each playground having at least 80 discarded tyres. 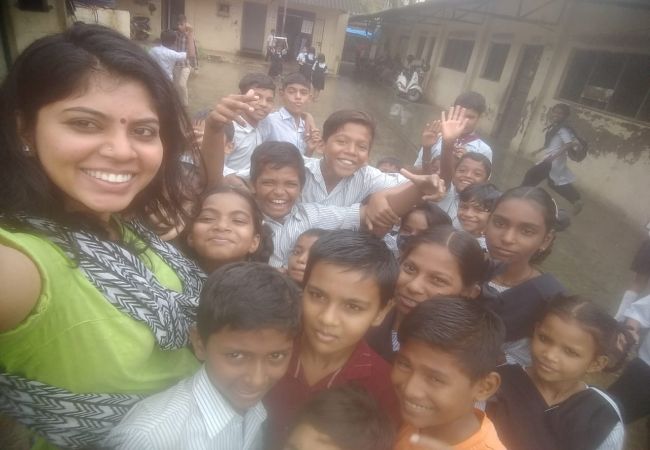 We are always looking forward to create sustainable playgrounds. Many playgrounds often turn into open dumping spots when the authorities fail to maintain them. Our aim is to put to use the scrap tyres and we are delighted to do the same in schools of Mumbai. Like for every project, we will collect the tyres from local scrap dealers and garages for this one too, says Pooja Rai, Co-founder and CEO of Anthill Creations.

Though the playgrounds made from recycling scrap materials cost much less than the conventional ones, Simran and Krithika are facing difficulty in getting funds from a local corporator. However, the duo has not let this affect their dream project and have opted for crowdfunding. They need three lakhs of which they have successfully raise 1.10 lakhs.

We need Rs 1.5 lakh for one playground. With no help from the government, we decided to get monetary help from people. It is overwhelming to see so many people supporting our cause, says Simran.

Though the playgrounds will be in the premises of two schools, 11 other municipal schools will also get an access to it. This means that around 2,500 school children will benefit from the project. Simran and Krithika are also in talks with the teachers of these schools to teach waste management to children once the playgrounds are ready.

To make teachings on waste management interesting, the teachers from these schools will take children to the playgrounds and tell them about why scrap tyres were recycled and used to make swings, benches and other things. They will also urge them to come up with ideas to reuse waste materials and make something valuable, adds Simran.

The recycled tyres will also help the environment in long run. Disposing the tyres in landfills can cause severe environmental and health concerns as one tyre alone takes thousands of years to decompose itself completely. In many cases, it ends up being burnt, releasing toxins and pollutants into air, water and soil.

The execution plan and design of the playground chalked out by Anthill Creations, Krithika and Simran is ready. The work will begin as soon as the required funds are collected.