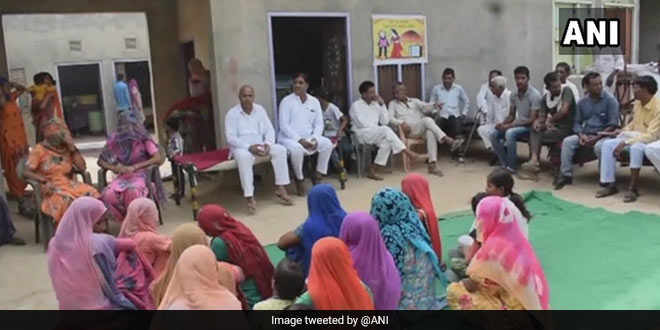 New Delhi: The release of Akshay Kumar starrer ‘Toilet: Ek Prem Katha’ in August last year was promoted with much fanfare, as the movie intended to spread awareness about the necessity of safe sanitation and the goals of Swachh Bharat Abhiyan to end open defecation. But little did the makers of the Akshay Kumar, Bhumi Pednekar starrer know that nearly a year later, a small village in Haryana’s Sirsa district will take inspiration from the film and re-enact the plot of the film in real life. In June this year, Godikan village panchayat passed a unanimous resolution, agreeing on not marrying off the girls in the village into families without access to toilets.

This decision was a result of the Haryana state government screening ‘Toilet: Ek Prem Katha’ for village sarpanches in Haryana last year. It was done to sensitise the village heads about the importance of having toilets installed in households, and using these regularly to maintain an environment of cleanliness. The rural areas of Haryana have already been declared as open defecation free (ODF) in 2017. With all 6,200 villages in the state attaining the ODF status, the state has embarked on an ODF plus programme, where it is trying to inculcate among its residents the concepts of ODF sustainability, waste disposal and using eco-friendly alternatives to plastic.

Godikan, a village with a population of not more than 4,000 has toilets in each household in the village. Speaking to PTI, the village sarpanch Dharmpal Mundlia said that the girls in Godikan did not go out to defecate as they had become habituated to using toilets in their households. The panchayat decided that it will be wrong on their part to marry off their daughters in households without toilets, as they will have difficulty in adjusting to life in a household where basic sanitation facilities are not available. Sarpanch Mundlia also said that the progressive move will ensure both safety and well-being of women, while ensuring that they lead a hygienic life.

It is Prime Minister Narendra Modi’s dream to ensure that there is a toilet in every household in India. In a situation like this, Gondika village’s decision is appreciable. The panchayat has decided that girls would be married in households with toilets. Such a decision is very important not only for the state, but also for the country, said Haryana Chief Minister Manohar Lal Khattar on Twitter.

The CM also said that open defecation leads to environmental pollution and can result in complicated diseases. Godikan’s decision will propel the name of the state to national fame, said the Chief Minister. The Chief Minister also invited all panchayats across Haryana to take similar decisions to ensure a clean environment. For a state that has already gone ODF with the construction of over 17 lakh toilets in its rural areas, Haryana has ample time to concentrate on its ODF plus programmes and decisive moves like the one undertaken in gondika village will only help this cause.

UP Chief Minister Yogi Adityanath Promises An ODF State By October 2018, Will Need To Construct 44,000 Toilets A Day To Meet The Target