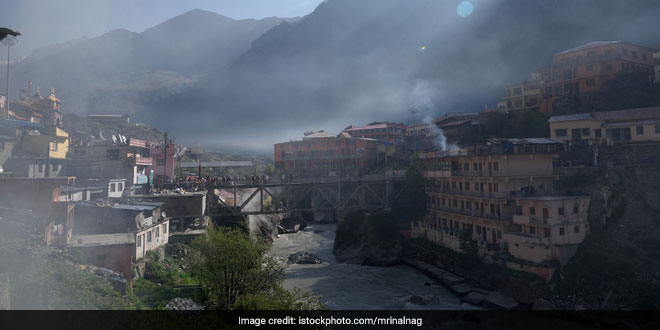 New Delhi: After much speculation and confusion about Uttarakhand achieving the open defecation free (ODF) status, the rural part of the state has finally achieved the mark of 100 per cent toilet coverage in all its villages under the Swachh Bharat Mission (SBM) as per the statistics provided by the government. Rural Uttarakhand will become the fourth Indian region with highest number of household toilet coverage after Kerala, Himachal Pradesh and Sikkim. The state government is expected to make a formal announcement by end of June, once the verification process for ODF status is completed, said an official from SBM Gramin, Uttarakhand.

Contributing to Prime Minister Narendra Modi government’s most ambitious mission of making the country ODF by October 2019, rural Uttarakhand in 2014 had set a target to construct 5, 09,000 individual toilets in more than 7,500 villages of the state. “The efforts of spreading awareness on ill-effects of open defecation and ending the age-old practice was so high that the officials with the help of MNREGA initiatives, CSR activities and various self-help groups ended up constructing additional 75,000 individual toilets to the original figure,” S.S.Bisht, SBM, Gramin told NDTV.

So far, 50 per cent of the villages have been verified. Under the Namami Gange initiative to clean river, Ganga, all the villages located near the banks of river have become ODF. Of 131 villages, 50 have already undergone the four stage verification process.

We are hopeful that by end of this month, the government will declare the rural parts ODF as the verification process is taking place on a day-to-day basis said Mr Bisht.

As per the latest statistics, 5,064 toilets have been constructed in urban areas of Uttarakhand ever since the launch of Swachh Bharat Abhiyan. Like the rural sector, urban sector including seven cities and Uttarakhand’s Cantonment areas will also go through various verification check points.

The primary test will be conducted in schools, where officials will visit every school ensuring 100 per cent toilet coverage. Children will not only be examined in schools for not practicing open defecation but also in their respective houses. A self-declaration will be done by the ward officials and followed by the community centres. The Urban Local Bodies (ULB’s) will further pass an ODF resolution. Once the state sends out a detailed report to the Central government, the Quality Council of India (QCI) will visit the state to verify the details.

If the state passes the process, a six month ODF certificate will be issued. And after six months, there will be surprise visits from the QCI team to ensure the practice of open defecation is no more prevalent, said Ravi Bisht, State Mission Manager, SBM-Urban.

As for community/public toilets, the urban Swachh officials will build toilets at every 500 metres in city areas and every 1 kilometre in local markets. To ensure swift toilet constructions in all its ULB’s the state government has set a target of declaring 50 per cent of 101 ULBs by March 31 next year.