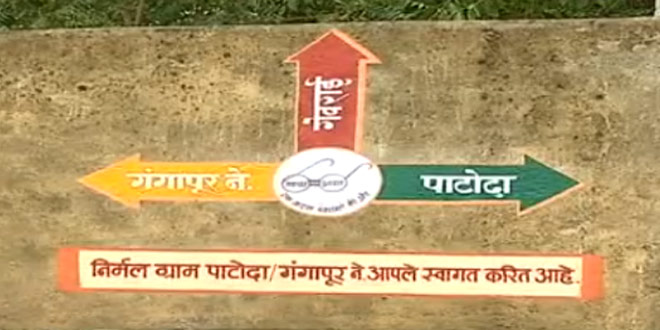 New Delhi: Since the launch of the Swachh Bharat Abhiyan on October 2, 2014, the transition of a cleaner India to a healthier India has been advocated across the country, and Malegaon in Maharashtra is witness to it. Along with being open defecation free (ODF) today, diarrhoea has also been effectively curbed in Malegaon. It was not easy for Melgaon, as the city had 57 open defecation spots that have been converted into parks and play grounds. The First Lady Commissioner of Malegaon used stringent methods to make Malegaon ODF, which has led to a healthier population.

Malegaon – a town frequently referred to as a “communal tinderbox”, usually makes it to the headlines only when there is a communal flare-up. A tehsil in the Nashik district of Maharashtra known as ‘City of Filth’ because of clogged sewerages, garbage strewn in heaps, staggered dirty water and rampant open defecation is today a completely different place. While the Swachh Bharat Abhiyan was launched to eradicate open defecation, it has also improved the health indicators across the country because of better sanitation practices. A recent report by the World Health Organization (WHO) said that the Abhiyan will be effective in preventing over 3 lakh deaths by October 2019. Malegaon has seen a decline in diarrhoea after the city has been declared open defecation free.

Sangeeta Dhaigude, Commissioner, Malegaon Municipal Corporation shared that children deaths in the city have reduced after the city was declared ODF.

Malegaon had many challenges to overcome and open defecation was on a different level but all the stakeholders worked hard and the today the result can be seen, said Ms Dhaigude.

A distressing feature of Malegaon is that a considerable proportion of its population lives in slums and diarrhoea was a huge challenge, so much so that special wards were dedicated for the disease.

Incidents of diarrhoea have reduced by more than 60 percent which is a big achievement for us, added   Sangeeta Dhaigude. Frequent diarrhoea leads to malnutrition but by overcoming the challenge of diarrhea, healthier kids are seen in the city. The problem of malnutrition is also solved as children are now getting hygienic food, clean water and most importantly healthier environment, added Dr Gadhari.

Sangita, who was a frequent visitor to the hospital is a witness to the change. “The town is cleaner and I notice that even hospitals are less crowded. My son is healthier, as he does get an upset stomach often”, said the concerned mother.

Diarrhoea has a direct link to the practice of open defecation and we can see the positive impact in how the scenario has changed in Malegaon. The city has become a true example of how better sanitation conditions towards a diarrhoea free India.

In Aurangabad, A Barber Is Sensitising People On Sanitation, Rewarding Them With Free Haircuts For Building Toilets

Shree Ganesha, Tree Ganesha: This Ganesh Chaturthi Opt For These Ganapati Idols That Grow Into Plants