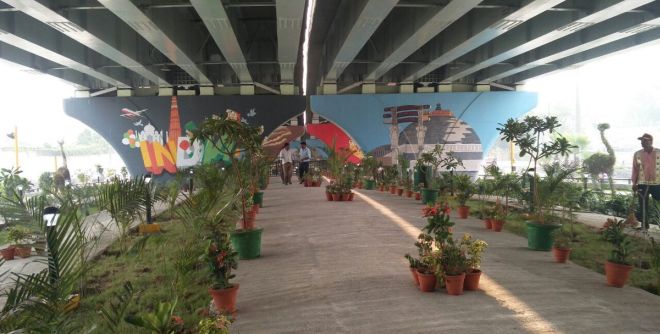 New Delhi: The results of Swachh Survekshan 2018, which aims to estimate levels of cleanliness across cities in the country, will be released today at 5:30 PM, confirms Minister of State for Housing & Urban Affairs, Hardeep Singh Puri. The minister in his social media post said, “Will be a pleasure to announce the results of #SwachhSurvekshan2018 at 5.30pm today. Covering 4,203 cities, this is much bigger than the previous two editions with several new award categories. Let us get ready to celebrate swachhata, as new champions rise to the occasion!”

Will be a pleasure to announce the results of #SwachhSurvekshan2018 at 5.30pm today.

Covering 4041 cities, this is much bigger than the previous two editions with several new award categories.

Let us get ready to celebrate swachhata, as new champions rise to the occasion! pic.twitter.com/hYNnGa7dCG

The cleanliness survey, which is being touted as the world’s largest cleanliness survey by the government, covers for the first time more than 40 crore urban population and will assess all the 4,203 towns in the country. 500 cities will be ranked at national level which has more than 1 lakh population, while 3,541 cities with less than 1 lakh population will have State and Regional rankings.

Another key difference in this years’ Survekshan, apart from the number of cities, is in the weightage criteria – this year all the cities will be ranked out of a total of 4,000 marks instead of 2,000 marks.

Out of 4,000, 1,200 marks are for direct observation while 1,400 marks are granted on the basis of citizen feedback and service level progress.

There is also an inclusion of a new category – Innovation and Creative methods adopted by the city in the evaluation process, and that has been allotted 5% weightage.

This year Swachh Survekshan will cover 4,203 cities of India

This year, the government began Swachh Survekshan from January 4 and carried on the evaluation process till March 10.