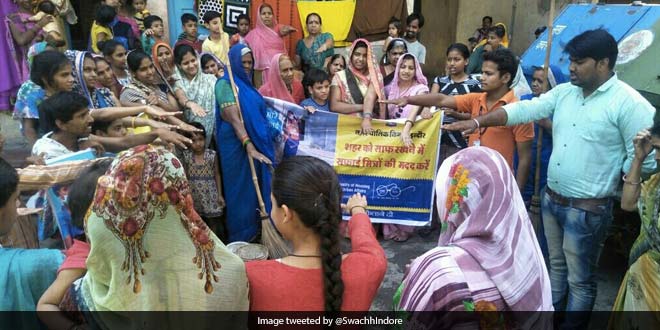 New Delhi: Indore is India’s cleanest city for the second year in a row in the Swachh Survekshan 2018, results of which were announced today by Minister of Housing and Urban Affairs, Mr Hardeep Singh Puri. The city was aggressive in its efforts to retain the coveted title. ‘This time too, #IndoreRahegaNo1,’ with this as their initiative, Indore made a concerted effort in all aspects of the Swachh Bharat Abhiyan objectives to hold on to the top spot in this year’s Swachh Survekshan. Speaking to NDTV before the results were announced, Asad Warsi, Swachh Bharat Mission Consultant said, “We are confident that we will win in Swachh Survekshan 2018 as well. From achieving 100% waste segregation at the source to treating daily 1100 metric tonnes of waste, converting waste to biogas which is further used in city’s buses, Indore is doing many unique things.”

Highlighting the three main areas in which Indore has excelled over the years, Mr Warsi said,

We have focused on three areas – one achieving 100per cent waste segregation at source, secondly, treating waste on the same day and thirdly, on utilizing the waste within the city effectively. 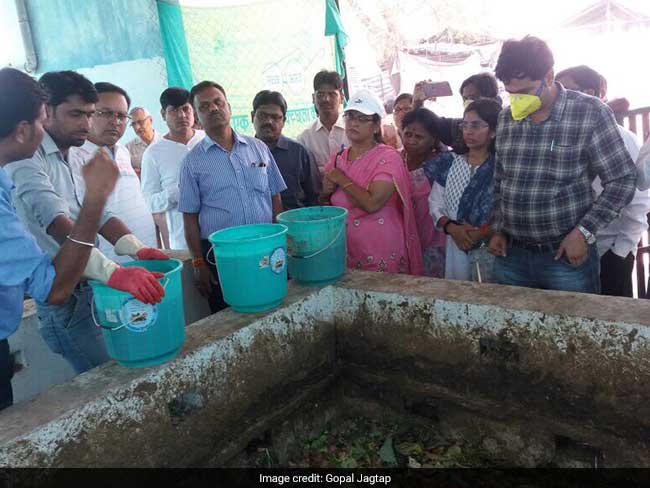 Swachh Survekshan 2018: In terms of waste management, Indore currently treats 100% of its waste

Currently, Indore generates 1100 metric tonnes of waste daily, out of which 600 is the wet waste and 500 is the dry waste. Explaining the collection and treatment process, Mr Warsi added,

In Indore, we are collecting waste in three bins format – wet waste, dry waste and domestic hazardous waste that includes medical waste, sanitary/diapers waste. The collection of waste is done on a daily basis from households and it is on the same day treated effectively. We have two centralized recovery centres in the city where we have more than 500 ragpickers, who help us treat the dry waste. On the other hand, we have one centralised unit for treating wet waste and many decentralised channels. For example, we have 274 areas that include top hospitals, banquet halls, hotels, and schools, which have composting units within their area and are treating their wet waste on their own. Moreover, we have 636 gardens in the cities where we treat waste via composting.

Also Read: India, Take A Cue From Madhya Pradesh. The State Is The First To Achieve 100% Door-To-Door Garbage Collection

Along with these steps, currently, Indore is also successfully converting its waste into bio CNG gas which is further being used to run 20 city buses.

We have a fruit and vegetable mandi in the city, there we have implemented a system of treating waste into bio CNG gas – on a daily basis 20 metric tonnes of waste is converted into 1000 kgs of CNG gas. By the end of the year, Indore will be able to produce 4,000 kgs of CNG gas which will further help in running all our city buses, signs off Mr Warsi with a hope to win No 1 spot in Swachh Survekshan 2018.

#SwachhSurvekshan2018: Five Things To Know Before Results Are Announced