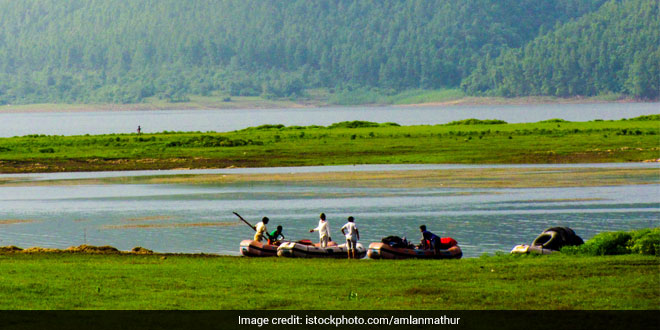 New Delhi: Big gainers, new entrants and surprise elevations marked the Swachh Survekshan 2018 results. While Indore and Bhopal held on to the top two rankings as India’s cleanest cities, the states of Jharkhand, Maharashtra and Chhattisgarh were adjudged as the best performing states. The announcement was seen as a big positive for the states and a big step ahead for the urban wing of the Swachh Bharat Abhiyan. Announcing the rankings, Union Minister for Housing and Urban Affairs Hardeep Singh Puri said that these states had made considerable progress in bettering waste management, urban sanitation and waste collection.

Congratulatory messages poured in for Jharkhand when it was announced as India’s best performing state in terms of cleanliness, ahead of Maharashtra and Chhattisgarh. The state’s success in managing waste, ensuring access to safe sanitation in urban areas and engaging citizens in sustaining cleanliness has pushed it ahead on the nation’s cleanliness map. Jharkhand’s Urban Development and Housing Department and the state’s citizens are all to be given the credit for ensuring that the state’s overall cleanliness situation improves.

We have worked extensively with cities and urban local boards to achieve this distinction. The efforts put in by ULBs (urban local bodies), municipal corporations and local citizens have been extraordinary and we are glad that it has translated into something so fruitful, said Rajesh Kumar Sharma, Director, State Urban Development Agency, Jharkhand.

The first step taken by the state’s urban development agency was to ensure open defecation free (ODF) status for all the 11 cities in Jharkhand. A comprehensive public toilet improvement scheme was undertaken in the state in 2016, to ensure that all the cities and ULBs in the state had adequate public toilets for people to use. All Jharkhand’s ODF cities have received certification from the Quality Council of India (QCI).

All the cities have public toilets every 1 kilometres. To ensure ODF sustainability, the urban areas of Jharkhand have begun using stickers in public toilets. Once a toilet is constructed, if all families in a particular area use a toilet, it is marked with a green sticker. If a toilet is being used partially, it is marked with a yellow sticker. If a toilet remains unused, a black sticker is used to mark it.

ODF sustainability is the key to ensuring proper sanitation and we came up with the sticker initiative to keep a track of how many people are using toilets in urban areas. In low usage areas, municipal officials have taken initiatives to help people understand the benefit of using toilets, said Mr Sharma.

Jharkhand has also implemented door-to-door waste collection across all its ULBs and above 70 per cent waste segregation across urban areas in the city. The state has however, not been able to make much stride in waste treatment, though it is hopeful that in the coming year, it will improve its waste treatment capacity. Two waste treatment plants are under construction in Ranchi and Jamshedpur. Composting continues to be an issue for the state, which it is hopeful of working on this year.

It will be difficult for our cities to break into the top 10, as waste management is not something we have perfected. We are hopeful that post the construction of two waste treatment plants, our weak link of treatment of waste is addressed, said Mr Sharma.

Jharkhand has already prepared a comprehensive plan for 2018, and will focus primarily on waste management this year, to improve its rankings further in the next edition of the Swachh Survekshan.  The state plans to monitor the entire waste management chain and focus on increasing waste to composting mechanisms to ensure that waste treatment is no longer the state’s weak link. Two years ago in Swachh Survekshan 2016, Jharkhand’s capital Ranchi was adjudged as a city which was a slow mover in cleanliness. The rapid strides made in cleanliness by Jharkhand in over two years has given the state’s urban development authority enough confidence to tackle the problem of waste management and see that its major cities secure the top ranks in the next Swachh Survekshan.