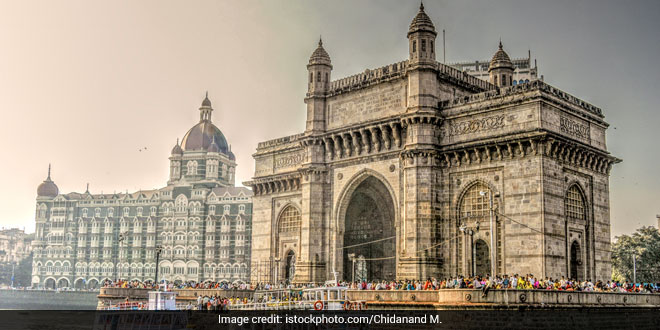 Mumbai: It is a double celebration for Maharashtra’s two of its civic bodies – Municipal Corporation of Greater Mumbai (MCGM) and Navi Mumbai Municipal Corporation (NMMC). The two urban local bodies have stood out with their performance in Swachh Survekshan 2018. While the MCGM, which has 1.84 crore people under its jurisdiction in Greater Mumbai, emerged as the cleanest state capital in the country, Navi Mumbai which is manned by the NMMC has outperformed other cities in India to be the best in the solid waste management category.

Mumbai’s cleanest state capital tag can be attributed to the open defecation free (ODF) status achieved last year on Rashtriya Swachhta Diwas on October 2 and the fact that 42 per cent of the waste generated in the city everyday, is scientifically treated along with door-to-door garbage collection service in 92 per cent of its 24 wards.

Increase in number of toilets, door-to-door garbage collection, especially in slums areas, elimination of open dumping spots and scientific treatment of waste helped Mumbai get the cleanliness title. To retain the status and perform better in the next cleanliness survey we will target to completely get rid of our landfills and end open defecation by pushing for more toilets in the city, said Ajoy Mehta, Municipal Commissioner BMC.

He dedicated the award to the citizens and activists in the city who have been instrumental in carrying out swachhta activities on their own, “This was possible due to a collective effort and I thank the people of Mumbai for their active co-operation,” he added.

Ever since the inception of Swachh Bharat Abhiyan, the island city has witnessed several citizens-led campaigns, Afroz Shah’s Juhu beach cleanup being the largest and most impactful one. Other campaigns include the Dadar beach cleanup, River March drive to clean the local water bodies, plogging where joggers lift garbage on their way and so on.

Talking about the importance of citizen feedback, one of the parameters, in Swachh Survekshan Assistant commissioner of A ward and BMC’s nodal officer for Swachh Bharat Abhiyan, Kiran Dighavkar said that last year only 48 per cent of Mumbaikars gave their feedback on sanitation and hence the city’s numbers were plummeted down. This year due to awareness campaigns we were able to get a fairly good response.”

Navi Mumbai, which featured among the top 10 cleanest cities of India in Swachh Survekshan in 2017 at Rank 8, this time emerged on the top for effectively managing its garbage.

88 per cent of the households in the city diligently practice waste segregation. It serves as model for waste management and other cities should adopt it, said Hardeep Singh Puri, Minister of State for Housing and Urban Affairs who announced the results of the world’s biggest cleanliness survey.

‘My Garbage, My Responsibility’ drive has been a major contributor in pushing Navi Mumbai towards a garbage-free society. The city is targeting 100 per cent waste segregation by end of this year to join the likes of Tirunelveli and Indore, which have successfully managed to segregate waste produced.

Like the MCGM, the NMMC is also thankful to its citizens,

We made the entire waste management model decentralised to involve people as much as possible. Majority of the households now treat wet garbage at source. This has led to a reduction in garbage generation by 50 metric tonnes, said Ankush Chavan, Additional Commissioner, NMMC.

Only 15 per cent of the dry waste now ends up at landfills, the rest is recycled. With Maharashtra’s recent plastic ban people are also cutting down plastic usage.

Talking about the hurdles in the swachhta journey, Mr Chavan further added, “In the execution phase people were excited about the programmes however the challenge lies in sustaining the practice. We will continue adopting the existing techniques and will introduce new ones as well to maintain our title.”

With all the urban areas in Maharashtra recently declared free from open defecation, the state’s overall performance in Swachh Survekshan emerged as the second best after Jharkhand.

Among the notable performers from Maharashtra in Swachh Survekshan are: