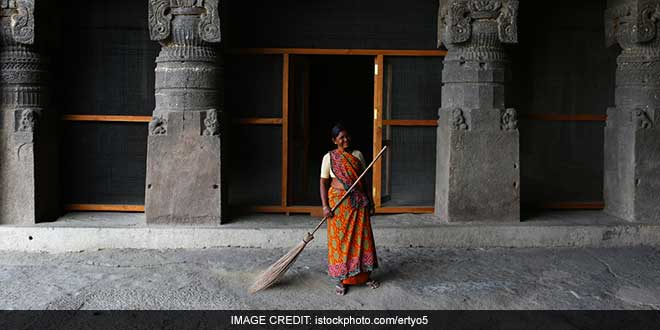 New Delhi: Cities and towns across the country are once again ready to be assessed on the basis of their Swachh quotient as the Ministry of Housing and Housing Affairs (MoHUA) launched the field assessment of the Swachh Surveshan 2021 on Monday (March 1). It is the sixth edition of the cleanliness survey which is being conducted every year by MoHUA since 2016. While Mysore in Karnataka achieved the tag of the cleanest city in 2016, Indore in Madhya Pradesh has been winning every year since 2017. This year, in order to find the cleanest city, the ministry has roped in over 2,000 assessors who will be examining the performance of cities and towns. The assessment which will continue till March 28 will also take into consideration over 3 crore citizen feedback received through platforms like Vote for Your City App, Swachhata App and Swachh Survekshan portal, amongst others.

Also Read: Swachh Survekshan 2021: Here Is How Indore Is Gearing Up To Win Top Ranking For The Fifth Time

Let’s together carry on this journey with the 6th edition of the world’s largest cleanliness survey #SwachhSurvekshan2021 whose on ground survey begins today.

All the very best to all cities/towns of the country. pic.twitter.com/Kql5G5CLZG

While launching the field assessment in a web event, Durga Shanker Mishra, Secretary, MoHUA said that Swachh Survekshan is a competitive framework to encourage cities to improve the status of urban sanitation while encouraging large scale citizen participation. He said,

According to MoHUA, with an aim to ensure the sustainability of efforts made towards sanitation, the Swachh Survekshan 2021 indicators focus on parameters pertaining to wastewater treatment and reuse along with faecal sludge. Similarly, the crucial issues of legacy waste management and remediation of landfills have also been brought to the fore in this edition of Survekshan. The survey will categorise cities on the basis of six indicator-wise performance criteria:

The Ministry further announced that apart from ranking cities and States, this year, SS would also be ranking districts (on the basis of the performance of their cities). MoHUA had previously stated that state ranking will also be announced under the survey and will be measured based on their fund utilisation and support to respective local bodies, among others.

Apart from ranking cities and States, @MoHUA_India has announced that this year, #SwachhSurvekshan would also be ranking districts (basis the performance of their cities). #MyCleanIndia #SwachhSurvekshan2021 pic.twitter.com/d73KODGrpq

Adil Zainulbhai, Chairman, Quality Council of India (QCI), an autonomous body that is implementing the Swachh Survekshan Survey on the ground said via video conferencing,

We can notice how much has changed since the first survey done in 2016. A change has come about in not just the mindset of citizens but also their actions and initiatives taken towards cleanliness of their cities. It’s wonderful to see the spirit of the competition.

Talking about how cities can take the lead, Mr. Zainulbhai said that even the top performing cities like Indore can learn from other cities which are innovating their cleanliness strategies every day. They still need to keep working everyday to be better than the last year, he added.

Acknowledging the efforts made under the Swachh Bharat Mission which was launched in 2014, Mr. Mishra said that it has made significant progress in the area of both sanitation and solid waste management. He said,

It is important to acknowledge the efforts of all stakeholders including our citizens in making Swachh Bharat a Jan Andolan.

Also Read: Swachh Survekshan 2021: A Look At How Cities Will Be Assessed This Year

He further said that under the SBM-U, 66 lakhs of individual household toilets and over 6 lakhs of community/ public toilets have been constructed/ or are under construction and nearly 60,000 toilets across 2900 cities have been made live on Google Maps.

While talking about the strides made towards waste management in the country under the Swachh Bharat Mission, Mr. Mishra said,

In solid waste management, 97 per cent of wards have 100 per cent door-to-door collection while 68 per cent of the total waste generated is being processed. A total of six cities have been certified as 5 Star, 86 as 3 star and 65 as 1 star under the Star Rating Protocol for Garbage Free Cities.

The municipal corporation of all the cities have been preparing for the assessment by regularly filing their data and updating their progress in the MIS (Management Information System) along with running multiple awareness campaign based on cleanliness, hygiene and waste management at source, said Mr. Asad Warsi, Centre’s Swachh Bharat Abhiyan Consultant for Indore Municipal Corporation.