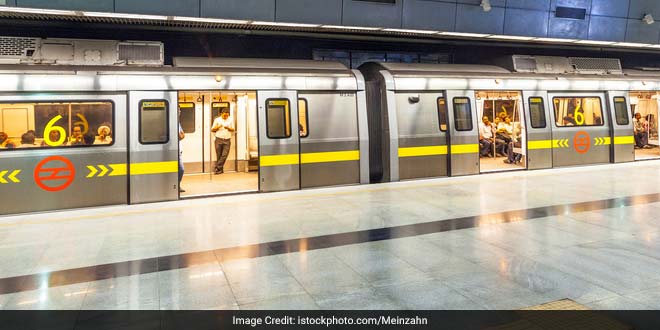 New Delhi: Seeking to involve passengers in keeping its premises clean, the Delhi Metro will hold an online slogan competition from September 20-26 on the theme of ‘Clean Metro, Clean Delhi’, officials said Tuesday.

As part of the various initiatives under the ‘Swachhata Hi Seva’ theme of Swachh Bharat Abhiyan, an online slogan writing competition on the topic ‘Clean Metro, Clean Delhi’ will be held from September 20-26, DMRC said in a statement.

The Delhi Metro intends to involve the passengers in its initiatives and make them equal stakeholders in the process of keeping the metro premises as well as the city clean, it said.

The competition is open to all smart card users of the Delhi Metro. To participate, commuters can visit our official website and fill a form by clicking on the link of slogan competition on the homepage. Only online entries will be accepted. The slogans can be submitted either in English or Hindi. Attractive prizes will be given away to winners, it said.

As part of the ‘Swachhata Hi Seva‘ campaign, from September 15 to October 2, DMRC is also organising a host of other programmes on its premises across the metro network.

Street plays are being organised at all interchange and other major metro stations to sensitise people about the importance of cleanliness. Banners to create awareness about cleanliness are being displayed at stations, it said.