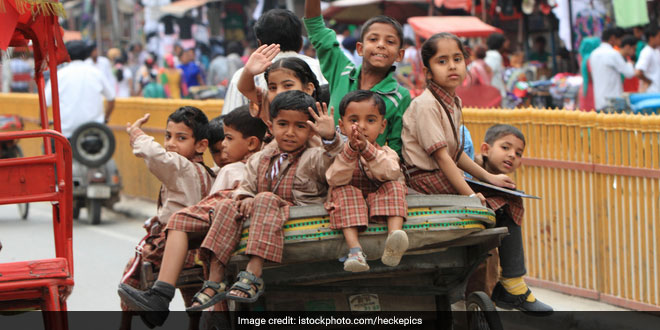 New Delhi: ‘Tammak Tu’, a famous nursery rhyme gets a Swachh twist! Alongwith Math tables. Recently, Chhattisgarh Jashpur educational department revamped famous nursery rhymes that are an integral part of kindergarten days. The move was undertaken to make children aware about the Swachh Bharat Abhiyan and its goals. “Children can play a very important role in achieving a Swachh Bharat… They can become ambassadors of cleanliness and motivate others to keep their homes, schools, and surroundings clean,” the Union Minister for Women and Child Development, Maneka Gandhi had said in 2014 during the launch of the National Bal Swachhta Mission.

Taking forward her message, educational institutions across India have integrated Swachh Bharat Abhiyan in multiple ways. Jashpur, is targetting the really young, to propagate swachhta among children. Situated in the north-eastern corner of the state, it has introduced Swachhta nursery rhymes for toddlers in its district schools.

The story of an old lady in a pitcher, ‘Tammak Tu’ has been adapted to spread the message of making the country open defecation free (ODF). “Tammak Tu, Tammak Tu, Chal Mere Ghode Tammak Tu, Chal Sabko Batlate Hai, Shauchalaya Banate Hai,” reads the first line of the poem (Tammak Tu, let’s go my horse, let’s tell everyone to build toilets). Along with the message of building toilets, the poem even mentions the ill-effects of defecating in open, “Khule Main Potty Kitanu Laati, Jinko Makhi Jamkar Failati.” (Open defecation brings with it bacteria, which is distributed further by the flies) 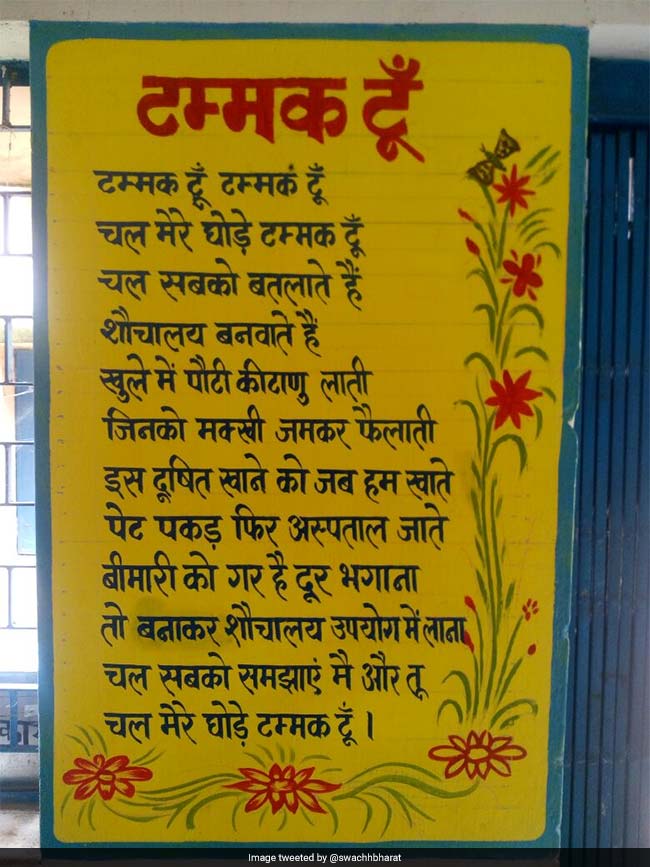 Apart from rhymes, even math tables have got a swachh makeover. Called ‘Swachhta Ka Pahaada’, Jashpur has also included issues of cleanliness and sanitation in a tables form. The table not only serves the purpose of being educative but is also very catchy. Some of the rhymes include, “Teen tiya nau, Khule Main Shauch, No, No, No!” and “3×4=12 (teen chauke barah), Har Din Ho Swachhta Ka Naara!” (3×3=9, open defecation is no, no, no! And 3×4=12, everyday raise the Swachhta slogan) 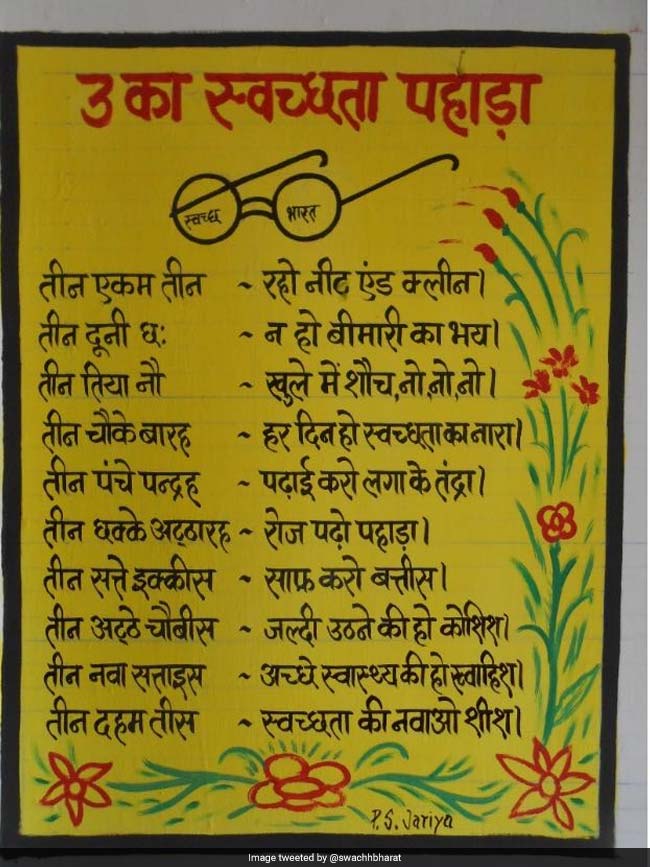 From Ringa Ringa Roses, Humpty Dumpty to Baa Baa Black Sheep, even after years these rhymes memorised as toddlers remain with most even when they grow old. This is the thought behind weaving in the Swachh message in the syllabus of the children and also including ‘Swachhta Prerna Geet’ in it.

If India wants to achieve the 100 per cent sanitation and cleanliness status by October 2, 2019 and sustain it, the best way to do so is by imbibing activities propagated by the Clean India Mission as regular habit in our day to day life. Introducing swachhta to children at an extremely young age, may help inculcate the right habits from the very beginning, and Chhattisgarh’s Jashpur district is certainly setting a good example for other educational institutions of the country to follow.

Also Read: The Swachhta Revolution In Chhattisgarh: Over 1 Lakh Students Write Letters To Their Parents Asking To Build Toilets For Them

39 Deaths In 100 Days: How Manual Scavenging Continues To Exist In India Despite It Being Illegal