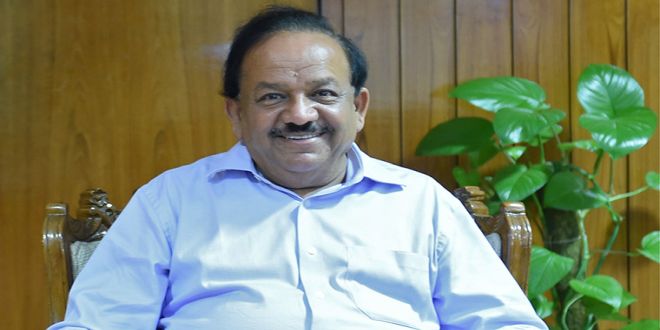 Pune: Malaria eradication is one of the top priorities of the government, Union Health Minister Harsh Vardhan said on Monday, and reaffirmed the Centre’s resolve to also eliminate diseases like tuberculosis, encephalitis and ‘kala azar’. He said efforts are also being made to develop a vaccine for dengue, and the government has also set up a strong surveillance system for viral diseases like Ebola. There are a couple of diseases which are on the radar of the health ministry and malaria is one of them, he said. The minister said,

We are working towards ending malaria as soon as possible. Similarly, we are aiming at eradicating leprosy, encephalitis and kala azar (visceral leishmaniosis). These are on high priority. Malaria is one of the topmost priorities.

Malaria is caused by a parasite which is transmitted to humans through the bites of infected mosquitoes.

The minister said the international target set for the eradication of tuberculosis (TB) is 2030, but the Union government wants to eliminate it by 2025. The World Health Organisation (WHO) had set 2030 as the target, as part of its ‘End TB Strategy’ adopted in the World Health Assembly in 2014.

Asked about health issues being faced by people of Jammu and Kashmir, the minister said the government did a lot in the past five years to address them and more was in store. He said,

The government is keen to address every issue in Jammu and Kashmir, which includes health as well. In the last five years, the government did so much in the Valley. We are establishing the All India Institute of Medical Sciences(AIIMS) (at Samba in Jammu and Pulwama in Kashmir).

The minister was interacting with media persons on the sidelines of the inauguration of a new vaccine research and development plant at the Serum Institute of India. Asked about a lot of infectious ailments re-emerging and how prepared the country is to tackle diseases like Ebola, he said a robust surveillance system of international standard has been developed to check various diseases. He said,

Because of the powerful surveillance system, we are quite thorough in handling these diseases. When Ebola happened in 2014, I was the one who handled it and everyone knows how effectively we handled it.

To a question on the vaccine for dengue, he said some serious efforts are being taken in that direction. On handling the corruption issues in the Ayushman health care scheme, Harsh Vardhan said the government has “zero tolerance” towards corruption. He said, “If we see any kind of aberration, abnormality or a semblance of corruption, we will try to nip it in the bud.”

On concerns of the Indian vaccine manufacturers about regulatory hurdles, he said in last five years, the overall thrust of the government has been to ensure strengthening the “ease of doing business” for everyone, including the vaccine makers. H added,

If there are genuine issues or concerns, not only of vaccine makers but everybody, the government is receptive to them and committed to resolving the issues that are in the interest of the country.