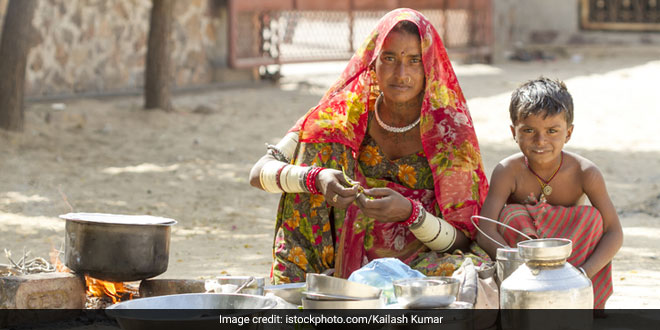 New Delhi: The state best known for its arid climate and Thar desert, Rajasthan has more than 75 per cent of its total population living in rural areas. Keeping the massive rural population in consideration, the state government of Rajasthan (GoR) launched two flagship schemes in 2011 – Chief Minister’s Free Medicines Scheme and Chief Minister’s Free Diagnosis Scheme, which aim to reduce health expenses of the people by providing free diagnosis and free medicines to the patients visiting government hospitals. Along with these, Bhamashah Swasthya Bima Yojna (BSBY) is the third flagship scheme being run by the state government of Rajasthan. BSBY consider woman as the head-of-the-family, and transfer all financial benefits to her, giving women the charge of deciding the expenses. With these efforts, Rajasthan has been able to improve its performance to some extent in terms of health, as reported by NITI (National Institution for Transforming India) Aayog’s annual health index that ranks states on health parameters including total fertility rate and sex ratio, healthcare facilities, and others. However, the rural Rajasthan continues to struggle to provide its people with adequate health facilities which is reflected in its performance on the important health indicators like infant mortality, malnutrition and anaemia.

Here are the major health indicators to give a quick look at Rajasthan’s health status: 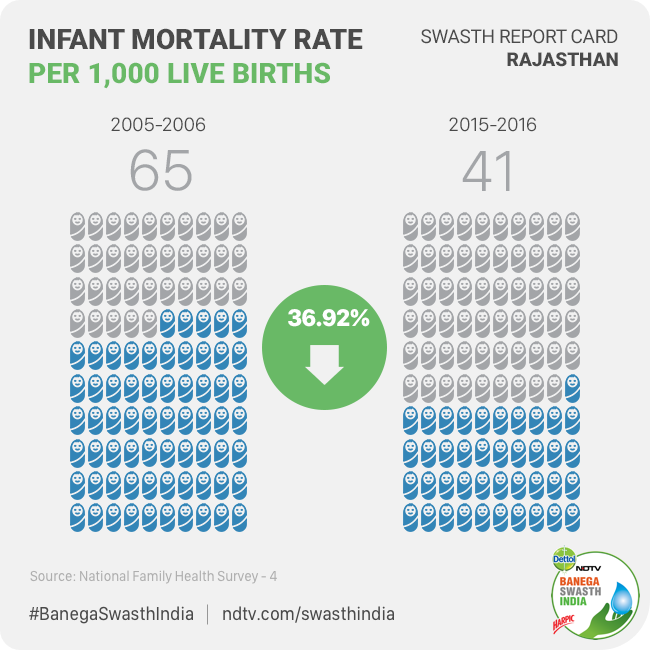 Amid Shortage Of Masks In Market, Indore Central Jail Inmates Are Doing Their Bit To Combat COVID-19