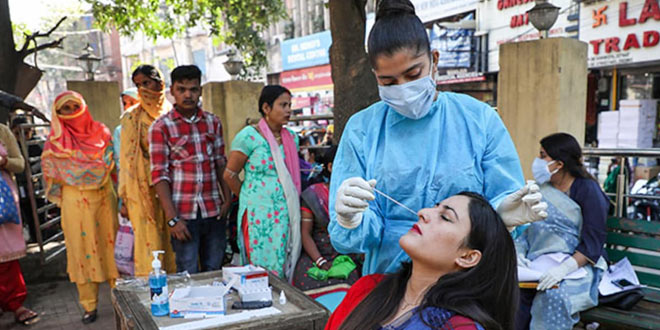 New Delhi: India’s first case of the new COVID variant XE was reported on Wednesday (April 6). The Brihanmumbai Municipal Corporation (BMC) announced that a 50-year-old woman with a travel history to South Africa may have been infected with the newly-discovered coronavirus variant XE. However, the Union Health Ministry said that the present evidence does not suggest the presence of XE variant of COVID in India, denying media reports that claimed that a case of the new mutant was reported in Mumbai.

As we wait for more details on XE variant of coronavirus, here’s a quick lowdown on symptoms and signs that one should look out for:

– World Health Organization’s COVID-19 Technical Lead Dr Maria Van Kerkhove says that the XE variant is what is called a ‘recombinant’, which means it contains the mutations found in BA.1 as well as BA.2 varieties of Omicron. Recombinant mutations emerge when a patient is infected by multiple variants of Covid.

– WHO has said that this variant of coronavirus could be the most contagious Covid variant yet.

– It adds that the XE mutation appears to be 10 per cent more contagious than the BA.2 sub-variant of Omicron.

– WHO says that the XE mutation is currently being tracked as part of the Omicron variant and the symptoms can be like of Omicron, which include fever, sore throat, scratchy throat, cough and cold, skin irritation and discoloration and gastrointestinal distress.

– Currently, there is no evidence of XE causing more severe disease.

– The XE variant has also been detected in Thailand and New Zealand and WHO has said further data is required before more can be said about the mutation.

– Dr Maria Van Kerkhove says that the virus is still very much with us and is circulating at a really intense level.

– She further adds that everyone needs to use all of the tools that we have at our disposal to break the chain of the infection and thereby reducing the spread of the disease and death. She said that these tools include vaccines, ensuring we get the full course of the doses available to us and along with this follow other measures like masking and maintaining appropriate social distance.