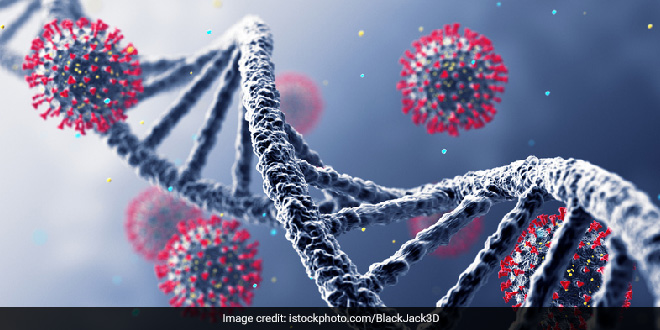 There’s no reason to panic just yet: WHO’s Dr Soumya Swaminathan on the new COVID-19 variant

New Delhi: Just as the world was recovering from the Omicron-led Covid-19 wave, a new variant has been found in the UK, the World Health Organization said in their latest report. The variant, XE, maybe more transmissible than any strain of COVID-19 the WHO further said. What does this mean for India and should we be concerned? WHO’s Dr Soumya Swaminathan talks to NDTV about what the future could hold.

NDTV: The WHO first reported the XE variant on March 22, where it said that this variant is a recombination of the Omicron BA.1 and BA.2 variants. What is a recombinant?

Dr Soumya Swaminathan: Firstly, I would like to say there’s no reason to panic just yet. As we know that at present we have 5 variants of concern – Omicron was the last one recorded in 2021. It has various sub-lineages, BA.1, BA.2, BA.3, and thanks to all the surveillance that goes on due to a pandemic, we’ve been able to track the evolution of this virus. We did expect this virus to change and mutate and that’s what it’s done. And we actually designate something as a variant of concern when it has some differences in the properties from the previous variants. Either there are differences in increased infectiousness and transmissibility or there are differences in clinical patterns or in its immune evasion.

This particular combinant, XE, is the combination of proteins or antigens from BA.1 and BA.2. So two omicron sublineages have recombined and it got labeled as XE. There is also XD and XF which are combinants of Delta and Omicron variants. Those have been found only in a few dozen cases while this particular XE is being reported in over 600 sequences mostly in the UK. There is an indication that it may be 10 per cent more transmissible than the BA.2 but also so far there is no indication that it is causing severe illness or that the vaccines are not working against it. It is still under observation and we are tracking it constantly.

NDTV: At present, we don’t how strong this virus is but we do know that it is more transmissible than Omicron, as you said. What does it mean, can it actually cause a new wave of infections?

Dr Soumya Swaminathan: We will have to wait and watch because as you know, the BA.2 is more transmissible than BA.1 and in many countries that have gone through a BA.1 Omicron wave started seeing an uptick in the number of cases. Many countries in Europe today there is a lot of transmissions and BA.2 is becoming more common than BA.1. The reason for the transmission is not just the virus but also the dropping of all the restrictions and the people who are still unvaccinated and have immunity that has fazed away. Even in high-income countries, there is a significant proportion of people who have not taken the vaccine and they come in the vulnerable groups.

Even though there may be a huge number of cases in Europe and Asia Pacific today, it’s not translating into increased deaths because people have been vaccinated. The lesson from Hong Kong is important because there the elderly groups, people over 60 had a very low level of vaccination coverage and that is why they got very sick and their hospitals got overwhelmed. So it’s not just the overall vaccination coverage in a country but we also need to look at the sub-populations. So far the vaccines have held out for all the variants there are.

NDTV: How worried should India be about XE variant given our vaccination numbers?

Dr Soumya Swaminathan: I would say we have to be cautiously optimistic and watchful. I think the keyword here is that we mustn’t give up on the surveillance and the testing. Many countries have significantly reduced their testing and then we go back to the situation where we don’t know what is happening. We need to continue surveillance to see if there are any new emerging variants and this data needs to be shared globally and if every country does that, we can try and stay ahead of this virus, instead of being suddenly hit by a new variant. So surveillance is the most important thing, the second being vaccination. Especially among the vulnerable groups and WHO now recommends a third dose of the vaccine for especially in the vulnerable groups to ensure they have the best possible immunity to protect against the virus. Thirdly, we need to ensure we have the tools, we now have the drugs that can be used to treat the virus. But I think with India’s high vaccination coverage, particularly in the older age groups would help tackle this.

NDTV: Right now, five states in India have removed the mask mandates, and others are easing the COVID restrictions. We also don’t have booster doses for the adult population yet. What is your take on this?

Dr Soumya Swaminathan: I think it’s good to be sensible, we are not out of the pandemic yet, the virus is still circulating. We also know that if one country faces a surge in cases due to a new variant, you will have it sooner or later as well. There’s no way of stopping it. At a time when surge has reduced, it is okay to lift some restrictions but at the same time, it is also on individuals. I think they should continue wearing masks for their own safety. I have continued wearing masks if I am in an indoor setting or if I am traveling or in areas where ventilations are not good. We have also seen other respiratory infections go down in the last two years due to masks. I would say let’s continue to take sensible measures and individuals should continue to protect themselves and others by wearing masks in situations where they are in crowded settings.

When it comes to booster doses, as I mentioned, immunity tends to wane over a period of time particularly the neutralising antibodies. The cell-mediated immune response does last longer, thankfully, and that’s what protects against severe infection. So giving a third dose now has shown to increase the level of protecting immunity and it lasts longer as well. And that’s what is protecting people who are vaccinated now with 2 or 3 doses, it is preventing them from getting ill and going to the hospitals. So I think focusing no extending the booster doses among all adults in the country would help in better preparedness.

Also Read: COVID-19 Pandemic: Here’s What Experts Have To Say About Lifting The Mandate On Face Masks By Some States