New Delhi: Banega Swachh India campaign into its third year calls for masses to clean up India. The campaign’s objective is to spread awareness and trigger a habitual change within people to clean up their surroundings.

This year the campaign, in partnership with the Swachh Bharat Abhiyan will focus on cleaning up ten iconic locations and coming up with a Swachh agenda for each location and its surroundings to match up to international standards of sanitation. Here’s a look at the ten shortlisted landmarks. 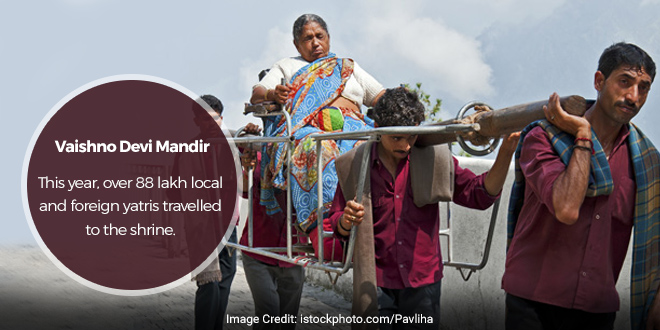 Situated in the folds of the Trikuta or three-peaked mountain, the shrine of Vaishno Devi witnesses one of the highest footfalls among religious sites in the country. This year, the shrine received over 88 lakh local and foreign yatris or travellers in a period of eight months, an estimated increase of 11 lakhs over the previous year. Unfortunately, this increase in the number of visitors to this pilgrimage has resulted in various civic issues that need to be addressed on a war footing. 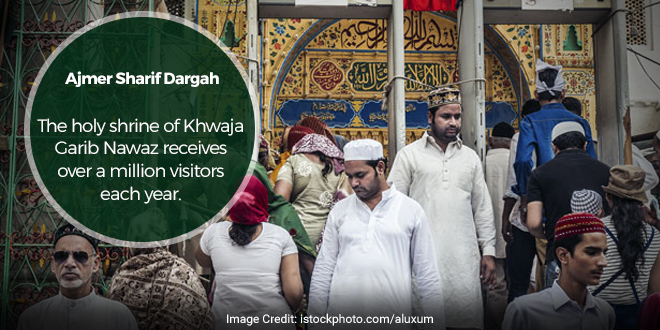 Cradled in the city of Ajmer, the shrine of Sufi saint Hazrat Moinuddin Chishti is a symbol of religious unity. Over a million travellers from across the world visit the shrine each year as part of their pilgrimage in search of an enriching spiritual experience. The old-walled city of Ajmer suffers from inadequate sanitary facilities and congested streets, adding to this infrastructural bottleneck is the multitude of visitors every day. 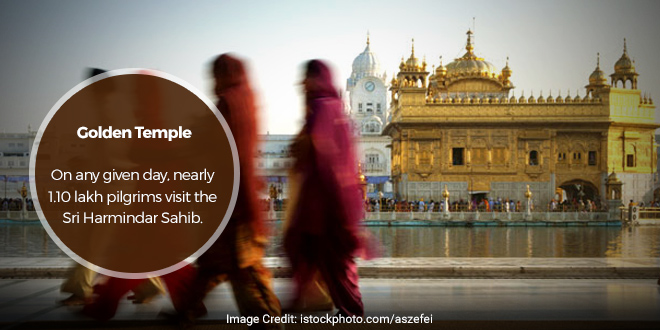 Amritsar is home to one of the holiest shrines of the Sikh community. The Sri Harmindar Sahib or Golden Temple works on the golden principle “every human being is equal” and this mission is epitomised by an army of volunteers that feeds over 1 lakh devotees from different religions and nationalities every day. The area surrounding the sanctorum needs urgent attention due to acts of indiscriminate garbage disposal and an overall failure of the waste management system in Amritsar. 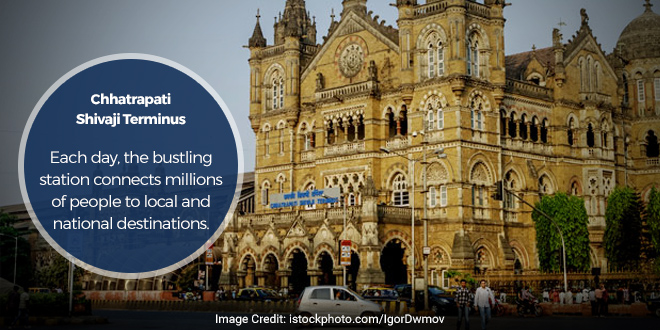 The Chhatrapati Shivaji Terminus, originally known as the Victoria Terminus, is an example of British Victorian Gothic Revival architecture and traditional Indian themes. The station connects a network of destination within and outside the city of Mumbai and experiences a footfall of over a million people every day. Considering its historical and cultural relevance, the building is a popular tourist destination and is a crucial site for the Banega Swachh India campaign.

With the Maharashtra government focusing on recycling plants and mechanized cleaning within the terminus, the onus shifts to the citizens of Mumbai to maintain high standards of cleanliness at this UNESCO World Heritage site. 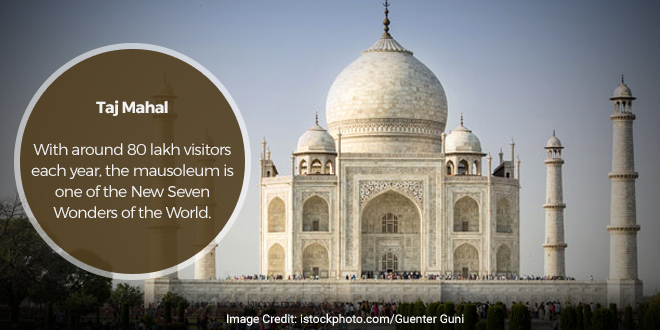 The pristine beauty of Taj Mahal makes it one of the most visited tourist places in the country with over 80 lakh people flocking to witness the 17th century monument each year. Unfortunately, the dirt and filth accumulating on the streets outside this site blemish the experience of local and international tourists. The Swachh India Mission has recognized this iconic location for its campaign to support government’s efforts in cleaning up the surroundings of this landmark. 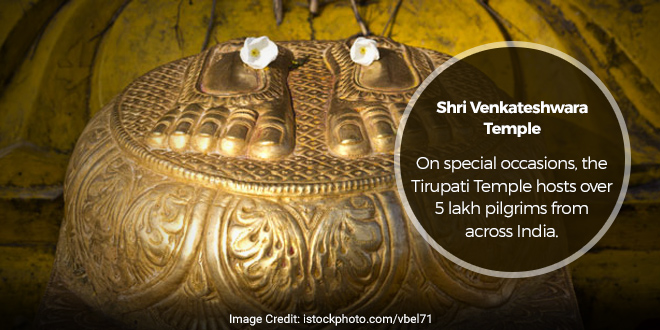 The Shri Venkateshwara Temple in Andhra Pradesh, dedicated to Lord Venkateshwara, an incarnation of Lord Vishnu, stands as one of the richest temples in the world in terms of donations received per day. Amongst the most sacred shrines in the nation, an estimated 65,000 pilgrims make the journey to revere Lord Venkateshwara daily with a footfall of over 5 lakh pilgrims on special occasions.

Although, sanitation standards are maintained within the temple premises, the condition of the streets outside tells a different tale. The engagement of masses in the crucial effort to reach world class standards of Swachhta within and outside the temple has made this iconic location an integral part of the Banega Swachh India campaign. 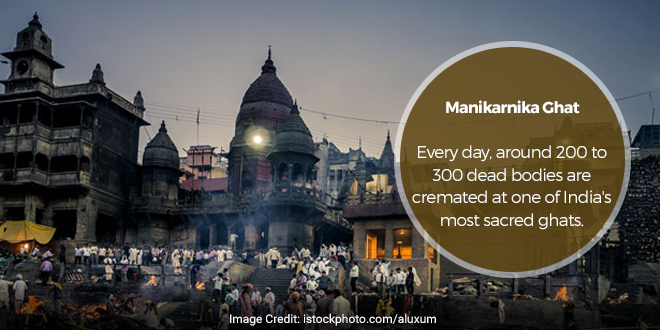 The Manikarnika Ghat is one of the oldest and most sacred of all ghats in the nation. It stands for creation and destruction with thousands of devotees bringing their dead kin to the pyres set along its borders. The location is one of the 84 historical ghats inscribed in the Kashi Khand, which according to mythology, was dug by Lord Vishnu during the creation of the world. This historical and culture significance adds to the need to preserve this iconic site and support the efforts of the local administration to improve solid and liquid waste management in the holy city of Varanasi. 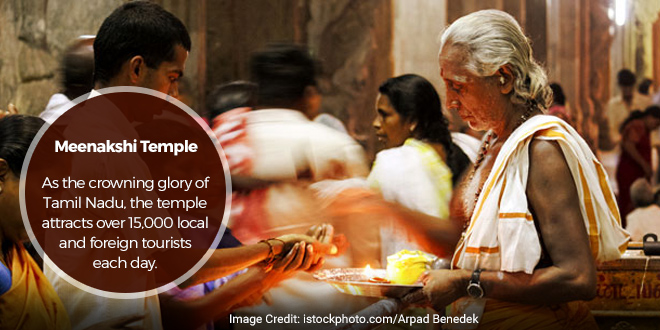 The Meenakshi Amman Temple, located in a vibrant, ancient city of India, Madurai, is dedicated to the goddess of divine strength and power, Goddess Parvati. The temple, embellished with grandiose statues and murals of deities, attracts over 15,000 devotees daily and has evolved as the epicenter of Tamil culture. The continuous flow of visitors, both local and foreign, poses a difficult challenge to the management of cleanliness standards within the premises. 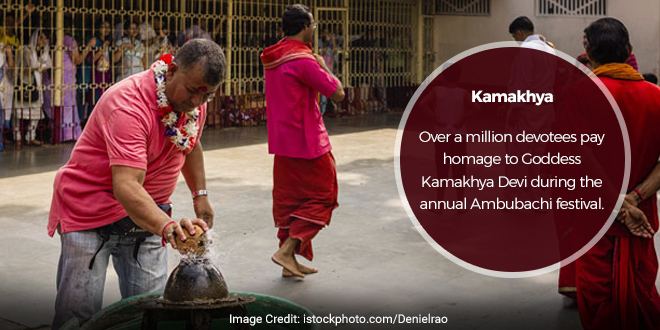 Situated in the Nilachal hill, the Kamakhya temple is one of the oldest of the 51 Shakti Pithas or places of worship consecrated with ashes of the Goddess Shakti. The shrine is devoted to Goddess Kamakhya Devi and stands as one of the most revered sites in India. This year, the temple provided boarding to over a million people who visited the Ambubachi mela- a one-week festival in the month of June. The local government has made additional efforts to implement 100% clean and green technologies and cover sewerage lines in an attempt to achieve international hygiene standards.

Assam ranks among the top 15 states in the 2015 NSSO Survey on Swachhta status in terms of percentage of households having access to sanitary toilets. 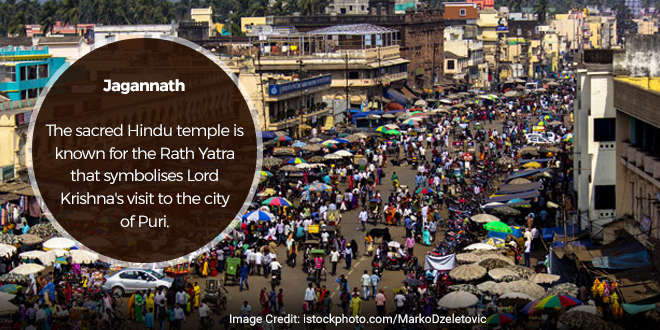 One of the four Dhamas of India, the Jagannath temple is situated in the city of Puri in Odisha. The city itself is narrow and packed with splendid colonial building lining its streets. Hindu devotees flock the premises in abundance for the Rath Yatra that takes place in reverence of Lord Jagannath or ‘Lord of the Universe.’ The premises comprise 12 shrines that were built in the 12th century. The local administration works to implement various measures to ensure cleanliness within the complex to transform it into a ‘Swachh tourist destination.’

According to Om Nath, a resident, the accumulation of garbage spread diseases and created a breeding ground for mosquitoes