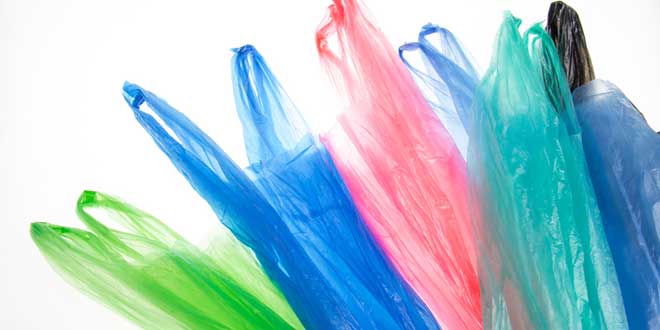 New Delhi: Thailand began the New Year with a ban on single-use plastic bags at major stores with an aim to completely ban the use of plastic bags in the country by 2021. This is the second phase of the plastic-ban campaign in Thailand by the government. In the first phase of the campaign, consumers were encouraged to voluntarily refuse plastic bags from stores. Talking about the plastic ban and Thailand’s strategy to Reuters, Minister of Natural Resources and Environment Varawut Silpa-Archa said, “Thailand was ranked sixth among the world’s top countries that dump waste into the sea. During the past five months, we were down to 10th … thanks to the cooperation of the Thai people. The country reduced the use of plastic bags by 2 billion, or about 5,765 tonnes last year, in the first phase of the campaign. Now, we will hope to achieve 100 per cent, it won’t be an easy task.”

As the ban sets in, Thai shoppers took to social media with suggestions of alternatives to plastic bags. So from baskets, vases to carts there was no dearth of good humour and suggestions from the users.

A user wrote, “Thailand started 2020 with a major plastic bag ban. So now Thais have made it a trend to put their shopping in random things; I’m living for it. LMFAO.”

Ever imagined using a clothes line instead of a plastic bag? Well, take a cue from Thai shoppers…

I want to add my favorite picture of this ban to this thread. Lmaoooooo pic.twitter.com/HSfKRuXDX8

And the innovation simply continues…

How Plastic Bags Are A Huge Threat?

According to the World Count Facts, an online portal for facts, 5 trillion plastic bags are consumed every year – that’s 160,000 plastic bags a second! To put this fact in perspective, if all the plastic bags consumed are stacked up it would cover an area twice the size of France.

The problem with plastic bags is that a single bag of plastic takes around 100 years to decompose completely, that means whatever plastic bags have been produced so far can still be found on the planet in some form. Moreover, plastic bags are one of the most common things that go into the dustbin or can be found floating in rivers, oceans, soil, water, and air.

It not only harms the planet but is one of the causes of endangering marine life. Around 100,000 marine creatures die every year due to plastic entanglement and approximately 1 million seabirds die from eating plastic because plastic cannot be broken down by the digestive system in living beings.

Recently in Thailand, a 10-year-old deer was found dead in Khun Sathan National Park. A total of 7 kilos of plastic waste ranging from coffee bags, instant noodle flavoring bag, plastic bags, to straw was found in a dead deer’s stomach.