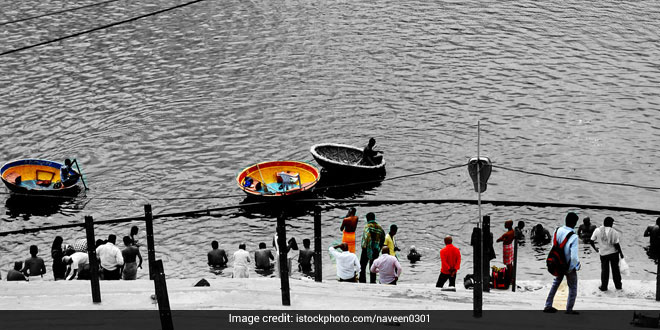 Sprawling over a length of 1,300 kilometres and having the honour of being India’s fourth largest river, the Krishna is a major water source for the states of Karnataka, Andhra Pradesh and Telangana. The treatment meted out to Krishna is no different than Ganga, Yamuna or Narmada as urban settlements have contributed to the river’s unprecedented pollution levels. Municipal and industrial waste is dumped into the river from all the three dependent states.

A 2015 study by the CPCB found out pollutants laden with potassium, sodium, chloride, fluoride and silicates were retained in several parts of the river due to their inability to get dissolved in the river. 75 per cent of the pollutants in Krishna were found to be retainable, deteriorating the water quality of the river. Despite the river being highly revered in all three states, administrative authorities and local people have not shied away from either dumping waste into the river, or illegally constructing buildings on the river banks.

Telangana too has played its part in violating the Krishna’s water standards and the National Green Tribunal (NGT) in August 2016 had termed the city of Hyderabad as the worst polluter of Krishna. The NGT had also pulled up 11 municipalities from the state for discharging untreated sewage into the river. The Greater Hyderabad Municipal Corporation (GHMC) was the worst culprit identified by the NGT, discharging a huge 598 million litres of untreated sewage daily into the river. The river water of Krishna, recently tested for Biochemical Oxygen Demand (BOD) by the Andhra Pradesh Pollution Control Board (APPCB) showed the presence of 12 mg of Total Dissolved Solids (TDS) per litre, 10 mg more than the permissible limit.

Both Telangana and Andhra Pradesh are equal culprits in their mistreatment towards Krishna. Activities like construction, disposal of waste and untreated sewage as well as urban encroachment have increased the level of pollution in the river. Both the state governments must address the pollution issue immediately to stop further disposal of waste in the river, said P. Vijaya Babu, Ex-Information Commissioner, Government of Andhra Pradesh.

The NGT pressure on Krishna’s condition has prompted municipalities in Kurnool, Vijaywada, Amravati to begin working on sewage treatment plant (STP) projects. But merely building STPs or even making them functional will not change Krishna’s state anytime soon. The state, municipal and pollution control authorities must immediately ensure that the pollution is checked adequately, so that the quality of Krishna’s water does not deteriorate from the bad state it is already in.

Karnataka And Tamil Nadu’s Lifeline Cauvery Is Battling With Pollution