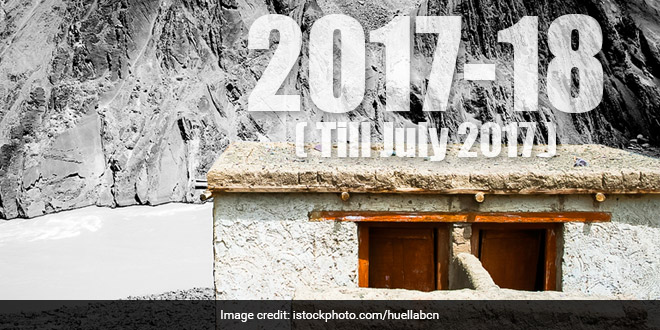 The Union Budget 2017 allocated Rs 16,428 crore for the Swachh Bharat Abhiyan. The rural wing of the programme was allocated the bulk, Rs 13,948.27 crore. The urban budget was increased mildly by to Rs 2,480 crore. The most prestigious achievement for the Swachh Bharat Abhiyan for the ongoing year of 2017-18 has been the declaration of rural areas of Haryana and Uttarakhand as open defecation free (ODF), taking the total number of ODF states in India to five.

Here are some of the key highlights of the ongoing year of Swachh Bharat Abhiyan:

The ODF status of Haryana and Uttarakhand are important success steps for the campaign. The former with its large rural population has shown that eradicating open defecation from rural areas is challenging but not impossible, said Avinash Kumar, Director, Water Aid India.

More than 4 crore toilets in rural India have been built within three years of the Swachh Bharat Abhiyan. The target to go completely open defecation free by October 2019 however, remains a difficult challenge to meet up to as more than 7 crore toilet constructions in rural India alone will have to be completed within two years. In urban India, lack of space to construct individual household toilets is still a challenge many civic bodies come across, and they will have to find their way around to focus more on community toilet construction to eradicate open defecation from towns and cities. The states of Jammu and Kashmir, Uttar Pradesh, Bihar, Jharkhand, Odisha, Telangana and Andhra Pradesh are still poor performers in rural sanitation and will have to step up if they are to achieve the ODF target by 2019.

Waste management is another aspect of the Abhiyan and segregation of waste is a cause being championed all across India. The massive waste segregation drive launched by the Ministry of Urban Development on the occasion of World Environment Day on June 5 wanted to popularise the concept of waste segregation across India and asked people to take up the practice. Much remains to be done in the coming two years, to fulfill all the objectives of Swachh Bharat Abhiyan. If the promised achievement indeed comes true, then the dream of an India independent from open defecation will soon take bold steps towards reality.