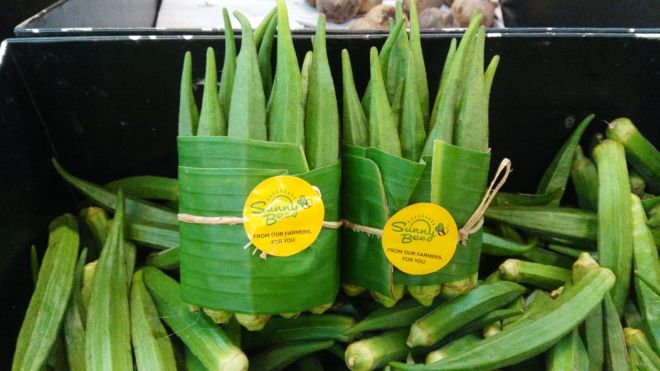 New Delhi: The United Nations Environment Programme has estimated that by 2050 there will be 12 billion tonnes of plastic in the world’s landfills, the environment, and oceans. Worried with the mass production of plastic waste and the growing threats of plastic on the environment, recently a supermarket in Thailand came up with a genius way to reduce the plastic packaging. The stores in Rimping supermarket in Chiangmai, Thailand started wrapping the vegetables and fruits in banana leaves instead of plastic.

Inspired by the trend in Thailand, a retail superstore in Chennai, SunnyBee, started following this eco-friendly practice. Talking about SunnyBee’s journey in the market and the eco-friendly practices with NDTV, 24-year-old Sanjay Dasari, who founded SunnyBee, after graduating from Babson College in Boston, in 2016, said,

I always wanted to start something of my own, but something which will have a social impact. India is one of the countries with a large number of farmers, on contrast also has a mammoth number of farmer suicides. On the other hand, our country is also associated with a lot of food wastage. I just decided to join the dots and that’s when I founded SunnyBee with a focus on procuring organic food from the farmers directly along with keeping eco-friendly practices in mind. 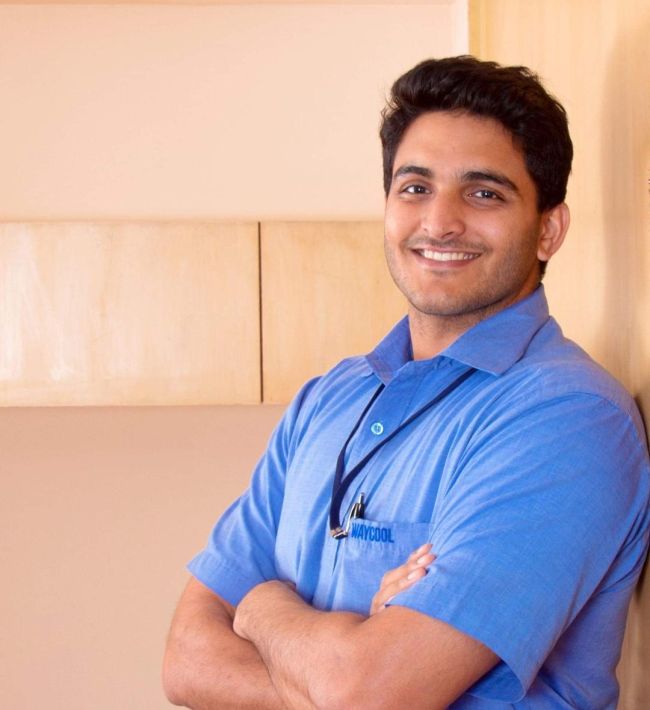 Today, the start-up has 13 outlets across Chennai that basically sell organic produce, dairy products, and household essentials without the use of plastic packaging and plastic bags. 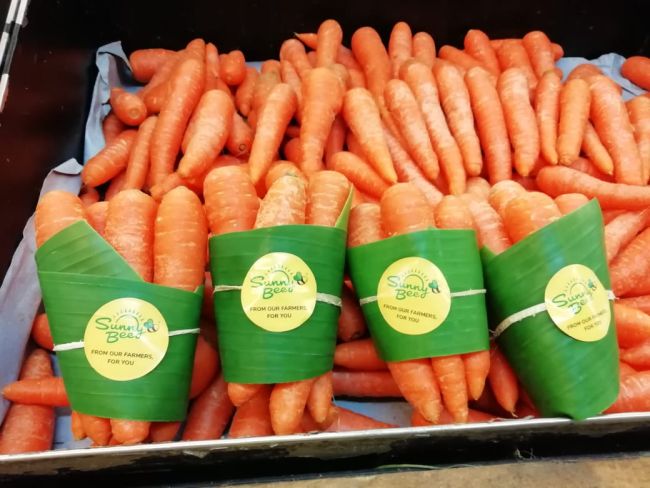 SunnyBee has 13 stores in Chennai, all are doing their bit towards keeping the environment healthy

In our stores, the use of plastic bags was completely banned. This happened much before the ban came to the state of Tamil Nadu. But it faced a lot of resistance by the customers. Recently, when the viral trend of Thailand – packaging veggies and fruits in banana leaf was taking rounds on social media, few of the regular customers at SunnyBee suggested me to follow the same route. And we were quick to adopt the trend.

Apart from being eco-friendly, banana leaves help keep the produce healthy as it retains the moisture of the food and increases its shelf life. It has been two weeks since this initiative began and so far it has received positive responses.

Along with this, the store religiously does its bit to reduce the food wastage as well. Highlighting this, Mr Dasari added,

What we do is simple we have a special team at SunnyBee to keep a regular check of demand and supply at all the SunnyBee stores and avoid the food wastage. Our experts carefully plan the demand and supply chain at the stores and tell the farmers what and how much they need for a particular day. This way we have been able to reduced food wastage from 40 per cent to a mere 2 per cent at our stores.

SunnyBee stores also practice composting for managing the wet or food waste, if there is any. Sanjay Dasari signs off with a message,

It is everyone’s duty to do something for the environment, whether it is a store or a customer. There is a lot that can be done by each one of us to keep the environment healthy, all one need is to act without waiting for others to bring a green change. 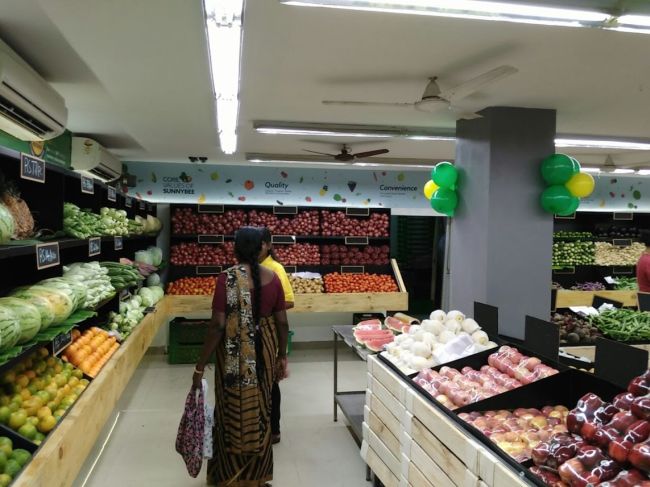 One of the SunnyBee’s stores in Chennai

Take cue people, if one store can do its bit for the environment, it is time for the consumers and other stores to follow such green initiatives and help India become Swachh.