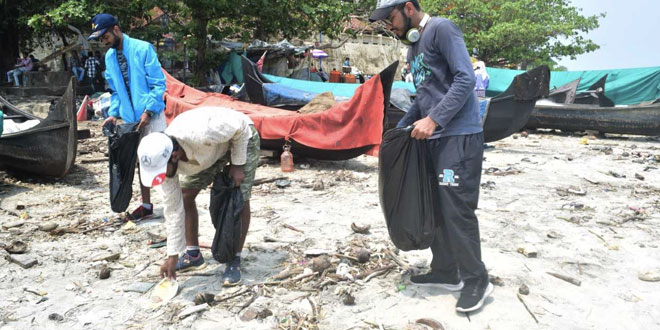 New Delhi: Plastic pollution is a looming crisis courtesy our reliance on it especially single-use plastics which are slowly killing our environment. According to Science Advances, a scientific journal, if current production and waste trends continue, landfills in the world will hold around 12 billion metric tonnes of plastic waste by 2050. According to European Union (EU), more than 150 million tonnes of plastic exist in the oceans today as about 4.8 – 12.7 million tonnes of plastic enter oceans every year. Concerned with the state of our beaches, and oceans flowing with plastic, members of AccelerateSD, a non-profit organisation promoting sustainable development, have set on a week-long bicycle tour titled ‘Replace Plastic’. 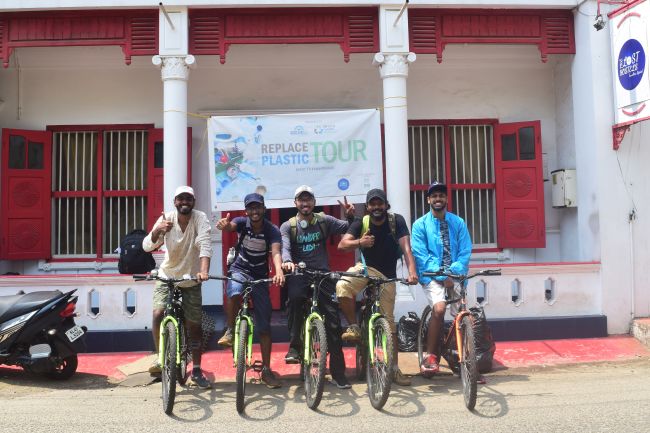 The tour that started from Kochi on Thursday (April 25) will reach Kanyakumari on April 30, covering 350kms on bike meanwhile educating people about plastic pollution. Talking to NDTV about the tour, Akshay Gunteti, founder and director of AccelerateSD, says,

Replace Plastic tour aims to inspire youth and bring awareness among the citizens and various stakeholders to fulfill the purpose of annihilating plastic pollution by dealing with plastic waste sensibly.

Along with conducting awareness programmes, the team will be collecting plastic waste at the beaches. The team plans to meet citizens to discuss local plastic pollution issues and research on companies contributing to the plastic pollution and harming marine life in that region.

The plastic waste collected from different beaches will be sent to Green Worms, a Kerala based social business, for the purpose of waste segregation, processing, disposal, and recycling, says Shubham Singh, Project Associate at AccelerateSD, while speaking to NDTV.

On the first day of the tour, the team cleaned up Fort Kochi beach and managed to collect 4.5-5 kgs of plastic waste. Currently, on their way to Alleppey beach, the team will be conducting an awareness building programme on plastic pollution and eco-friendly alternatives available for plastic. 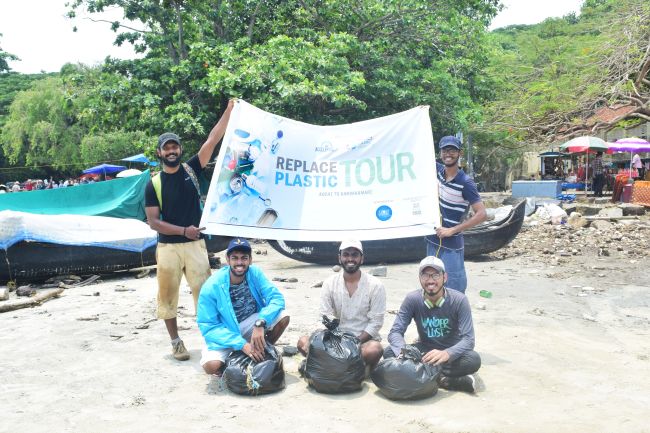 Related Topics:
Kerala Plastic
Up Next