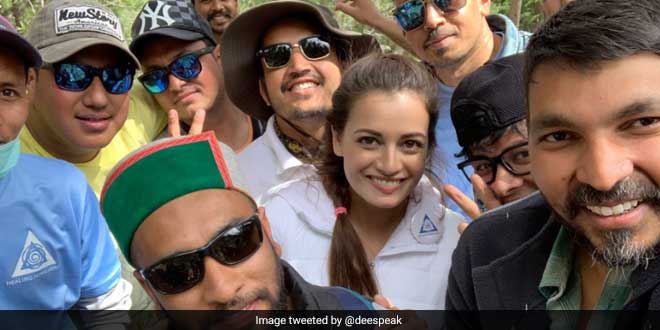 New Delhi: “We trekked through the hills and picked up 120 bags of plastic. There is more. And we will not stop till we’ve made all accountable for plastic waste,” tweeted the United Nations Environment’s Goodwill Ambassador for India, Dia Mirza expressing her passion towards combatting the environmental menace caused by the plastic waste. Ms. Mirza recently teamed up with the volunteers of Healing Himalayas Foundation, known for conducting weekly clean-up drives to keep the plastic pollution in hills of Himalayas, in check.

When NDTV asked Pradeep Sangwan, founder of Healing Himalayas Foundation, about how it all worked out, he said that the two have been in touch for a while as she had previously expressed her interest to lend a hand in their cause. Ms. Mirza was in Himachal Pradesh, shooting her upcoming web series, when she decided to get together with Mr. Sangwan, and join the Sunday clean-up drive with their volunteers.

Our #SundayMotivation came from @healinghimalaya! We trekked through the hills and picked up 120 gurney bags of plastic. There is more. And we will not stop till we’ve made all accountable for plastic waste. #BeatPlasticPollution @UNEnvironment @lisarolls1 @nsahba pic.twitter.com/EzpribAMw5

Dia Mirza is a very keen environmental activist. Being a UN Environment Goodwill Ambassador, she understands the hazards of plastic waste and is determined to find a sustainable solution. I was pleasantly surprised to see her dedication and enthusiasm during the 4 and half hours of clean-up.

The duo were joined by about 60 school students from various schools and 40 other volunteers, who helped them trek through the hills and pick up all the plastic waste they could spot. He said,

The amount of waste we recovered was unbelievable and the variety of waste was disheartening. We found everything from plastic bottles to dozens of single-use plastics and plastic in different forms. We also found a lot of clothes and shoes, which are also not bio-degradable. 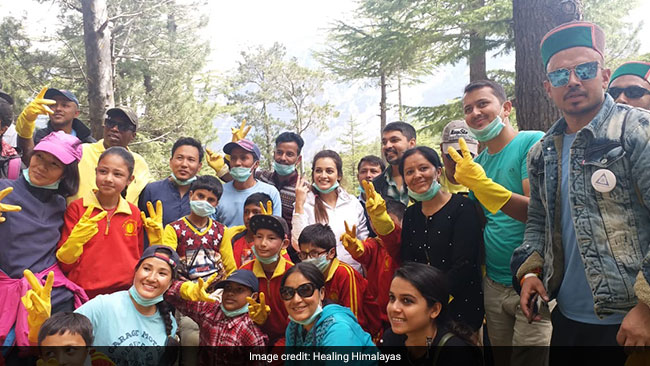 Dia Mirza with the volunteers of Healing Himalayas

Mr. Sangwan has held tourists and the authorities accountable for the waste alike as despite these regions being populated, there is no proper waste management system in place. He added,

Earlier, the remote villages of Himachal Pradesh were untouched as people would usually visit the towns like Shimla and Manali. Now that people have started trekking to the unexplored territories of the Himalayas, their carbon footprints and waste has increased significantly. Considering this rise in tourism, there is a dire need for proper waste management practices and a law against littering, to keep the beauty of these small towns intact. 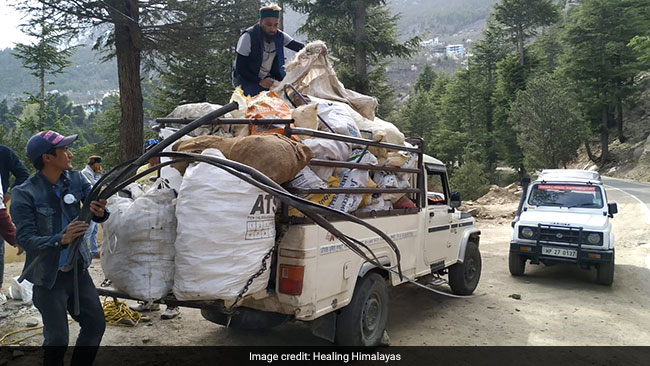 The waste collected by the volunteers, being transported to the municipal corporation for its safe disposal

After the clean-up drive, Mr. Sangwan says that they handed over the entire waste collected to the municipal corporation for safe disposal.
Further explaining more about the partnership between Dia Mirza and the Healing Himalayas, Mr. Sangwan said,

Ms. Mirza has expressed profound interest in helping us find a sustainable solution to the waste management problems of Himachal Pradesh. Once she’s back in Mumbai, she has decided to get together with her team of UN ambassadors and bring this issue up.

He further acknowledged how her participation helped in the rise of the number of volunteer registrations, with more and more people getting aware of their cause.