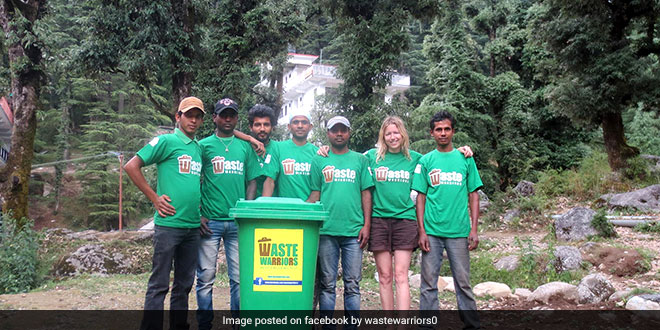 As one hikes up to Triund in Himachal Pradesh, the clean, beautiful and garbage free surroundings are breathtaking. The scenery isn’t surprising as Triund is one of India’s cleanest hiking destinations. But this differs starkly from a garbage heaped Triund a few years ago, until ‘Garbage Girl’ Jodie Underhill decided to do something about it.

Jodie came to India from UK in 2008 and travelled around as a tourist. The garbage situation in India disturbed her deeply and by April 2009, she had made up her mind change it. By then, Triund had become a popular and polluted hiking destination and Jodie decided to begin her garbage collection mission from Triund. Though an outsider, Jodie began talking to the locals about the garbage situation and convinced them of its seriousness. Over 100 people attended her first mass cleanup drive, taking a unified stance towards a cleaner Himachal Pradesh. Soon, Jodie and her band of volunteers collected waste from Triund every week. As Triund began becoming garbage free with every passing week, Jodie decided to continue with her work of waste collection throughout the rest of Himachal Pradesh. 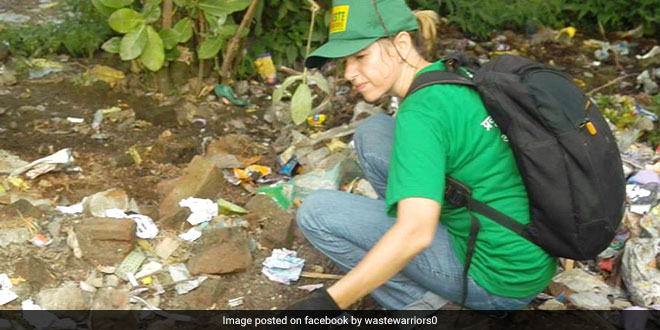 I didn’t come to India with the intention of starting an NGO, I just started clean-up drives after feeling so frustrated at seeing garbage everywhere. That led to educating children, installing dustbins and starting a door to door waste collection service. Gradually the team became a bigger one and for the next few years, we concentrated on garbage collection from some of the most polluted sites in Himachal Pradesh, Jodie Underhill, founder, Waste Warriors.

In the next two years, Jodie introduced the model of collecting waste from famous tourist spots of Guna Mata and Bhagsunag waterfall. Ten dustbins were purchased for the locals so that instead of dumping or burning accumulated waste, the local people could use those dustbins. Being a popular tourist destination, a lot of waste generated at hotels in Himachal Pradesh was dumped in children’s playgrounds. To put an end to this, Jodie and her team of volunteers began a door-to-door waste collection service from hotels and households.

As her team grew, Jodie conducted cleanup campaigns in Goa and helped in the waste management at the Sunburn Music Festival in Dehradun in May 2012. 3 years after her first brush with waste collection at Triund, Hill formed the Waste Warriors in September 2012, to give shape to her vision of a clean and healthier India, with proper waste disposal techniques in place.

Jodie identified three major sites in Dehradun, Dharamsala and Corbett and began conducting extensive extensive waste collection campaigns. In the year 2015-16 alone, Waste Warriors collected an astounding 175,656 kg of waste from Corbett, 190,908 kg from Dehradun and 272,928 kg from Dharamsala. Field staff of the Waste Warriors increased to 60 in 2016 from 7 in 2012. 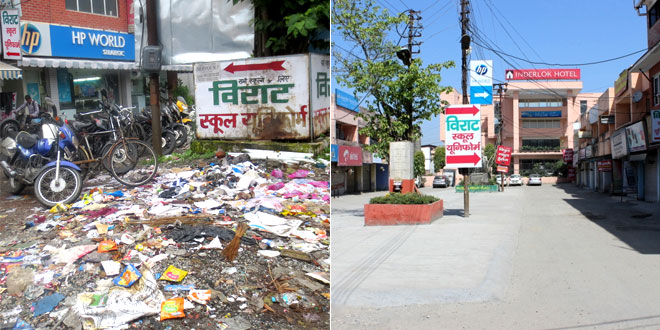 An area in Dehradun before and after the Waste Warriors conducted a cleanup drive.

After travelling across the country and seeing that waste was an issue everywhere, it was obvious that India urgently needed waste management organisations. I remember hiring my first member of staff and it was such an exciting moment. We now have 60 employees in the form of Green Workers (Waste Workers) but there is a huge responsibility that comes with that number, added Jodie.

While cleanliness and waste management are its primary focuses, Jodie’s organisation also lays stress on empowering people. Waste collectors are provided with proper equipment and are paid well to improve their work and life conditions.

One of our objectives as an organisation is improving conditions for people that work with waste. The stigma that is attached to garbage means that ragpickers and waste workers are treated poorly and do not get the recognition or the respect that they deserve. To protect the health of our staff in all of our project locations and at the events we work at, we provide proper equipment and insist that our workers wear protective gloves and carry brooms and garbage bags whilst carrying out their duties, added Jodie.

Jodie’s organisation has managed waste for a variety of events, including festivals, sporting conventions and government events. Waste Warriors were in waste management duty for three Airtel Hyderabad Marathons, two Wipro Chennai Marathons, and IPL matches conducted in Dharamsala. Waste Warriors has conducted a number of training programs for the Indian Army and Forestry Department where officials are trained to manage waste, take proper measures for garbage disposal and reduce waste production. 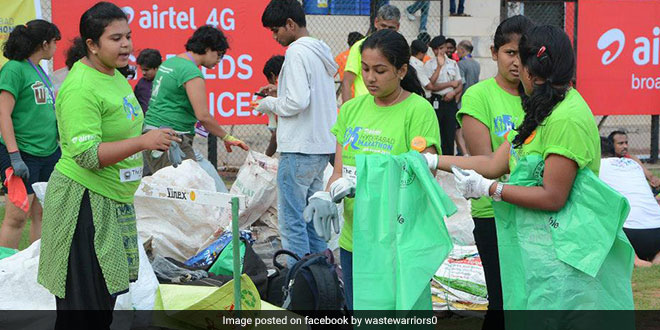 We have done a number of training programs but the educational part is just one aspect. It’s important that the attendees take their new found knowledge and do something useful and productive with it. This means that the people attending the course need to be prepared to put in the effort and be assertive enough to make changes in their day to day lives and in the working practices of their organisations, said Jodie on conducting training programs.

Despite the persistent challenges of donations, funding and bureaucratic hassles, Jodie remains optimistic about a Swachh India. The waste collection project in Corbett might not continue beyond March due to lack of funds. But her tireless work of waste management puts her among those hundreds of women who are taking bold and courageous steps towards building a Swachh India.

40 Steps To A Toilet, Yet She Defecates In The Open