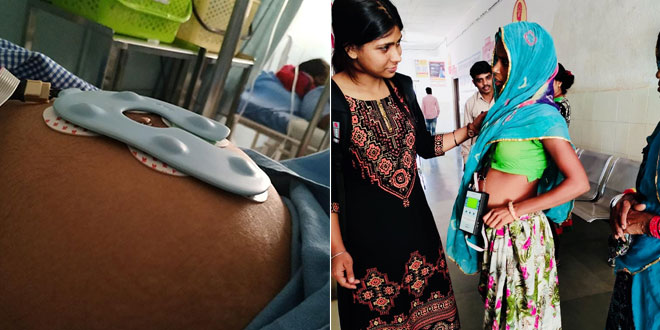 New Delhi: “Growing up in Alwar, Rajasthan, I used to hear that someone in the neighbourhood lost her baby during childbirth, someone died while in the labour. All this used to trouble me since I was a teenager and so I knew that I wanted to work on something that would help save lives,” said 29-year-old Arun Agarwal, founder of a Bengaluru-based startup Janitri Innovations that has developed a smart device and a software that can continuously monitor a pregnant woman and the foetus during the labour period. The startup was established in 2016 and till now, it has monitored more than 25000 women across 115 hospitals in nine states in the country.

While talking to NDTV about his journey, Mr. Agarwal who has a Master’s in Biomedical Engineering said that he always wanted to solve problems at the grass-root through technology. He said,

When I started researching for finding solutions to deaths during labout, I found that most hospitals and clinics in India are understaffed and doctors and nurses are overworked. This lack of the required number of medical personnels in healthcare is one of the biggest reasons for mortality and morbidity among children and mothers. But I was convinced that this gap can be bridged with technology which must be used for innovating affordable and sustainable solutions.

During his journey, he realised that most of the childbirths are carried out by nurses and midwives due to the lack of an adequate number of gynaecologists. The plight of the overworked nurses was further increased by the very difficult process of monitoring foetal heartbeat and the uterine contractions during pregnancy that uses sophisticated machine cardiotocograph (CTG). Mr. Agarwal explains,

Monitoring the heartbeat of the feotus and uterine contractions  in the preganant lady is an extremely important process during childbirth and is mandatory in all public hospitals as it helps to monitor the health of the baby to be born and also ensure timely decisions on whether the mother-to-be needs to be shifted to high facility hospitals. However, because the process involves nurses to come to the patient after every half an hour and the data to be recorded in a complicated format, there are high chances of errors which further leads to misjudgements regarding the deliveries. So I decided to take this situation as my problem statement and find an affordable, sustainable and innovative solution.

Mr. Agarwal developed a concept device to monitor the heart rate of a baby in the mother’s womb as well as the uterine contractions of the mother-to-be and named it ‘Keyar’. It is basically a patch attached to the womb of the mother-to-be which, unlike regular CTG device, doesn’t need her to be stuck to a bed. Also, the device doesn’t require nurses to keep coming to the patient after every short interval to monitor the heart rate and uterine contractions. The women just need to wear it around her neck, and it extends out to a patch with in-built sensors.

As per Mr. Agarwal, ‘Keyar’ is also cheaper than CTGs made by industry giants such as Philips. ‘Keyar’ costs around Rs. 40,000 as against the current machines of Rs. 2 lakh plus. It runs on ordinary batteries and can be easily used in remote areas where the traditional, bulky equipment is either unavailable or unaffordable. 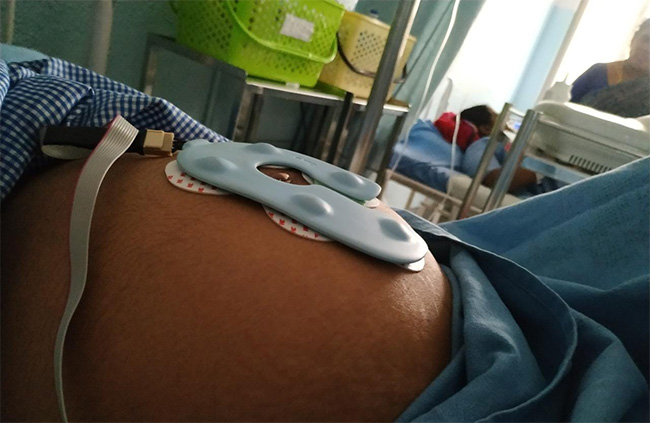 The ‘Keyar’ patch when placed over the navel of the pregnant women for monitoring transmits data to a software called ‘Daksh’, also developed by Janitri. Daksh, is a mobile tablet-based intelligent labour monitoring tool that not only allows the staff nurse to register and enter significant signs of a pregnant woman but also reminds to monitor the labour vitals, as per the standard protocols devised by the World Health Organisation (WHO).

Nurses can simply key in the data directly into the app, which then forwards it to the obstetrician to read on their mobile phone. The doctor can also view the live labour progress along with a digital partograph which is a graphical record of key parameters during labour and guide the staff nurse. It also puts out alerts when any critical indicators go too high or too low, and recommends further steps to be followed. 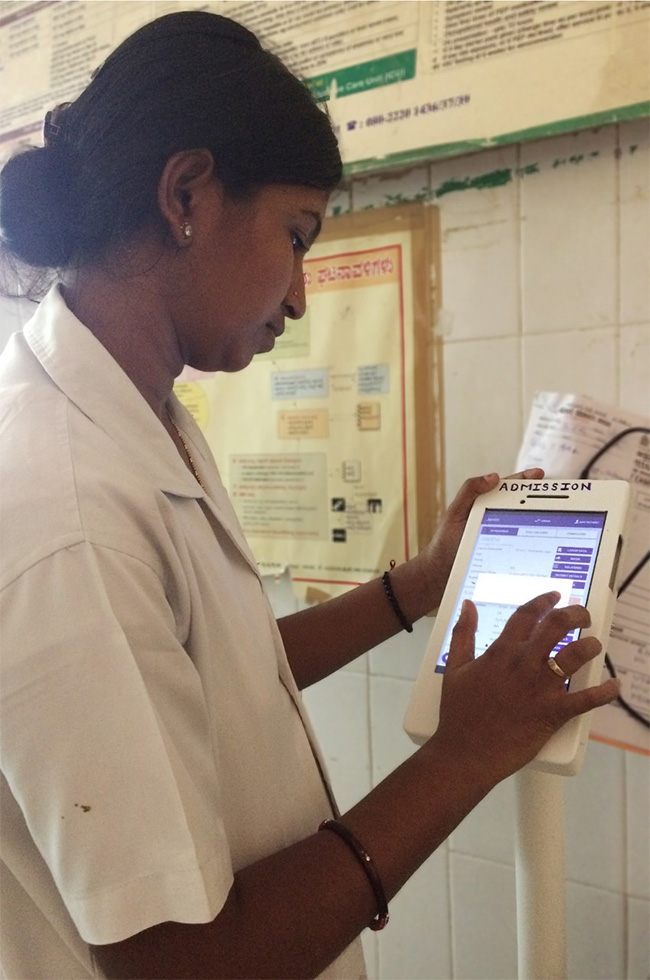 Dr. Latha Venkatram, an obstetrician-gynaecologist and lead consultant at Rangadore Memorial Hospital in Bengaluru who has been using ‘Keyar’ for the past few months at her hospital said,

Janitri’s Keyar is a cost-effective, portable, very easy to use, women-friendly and real-time monitoring tool which should be used in every labour ward, especially in the rural areas where medical staff and infrastructure are inadequate.

She further said that the accuracy at which ‘Keyar’ device monitors women and foetus is almost at par with regular CTG machines. According to her the best feature of the device is its portability which does not keep a woman limited to the space of the hospital bed and she can move around as per her need.

Mr. Agarwal said that he and his team are now working on improving the performance of the device and the software even further. The company is also working towards increasing its reach to rural areas in more states across India. While signing off he said,

Every two minutes, a woman and three infants die from complications related to pregnancy and childbirth. This is very unfortunate for a country that has such advanced technology that it is reaching for the Moon and Mars. The technology needs to be used and explored for saving the lives.

Much Needs To Be Done On Health Front, Suggests Comprehensive National Nutrition Survey