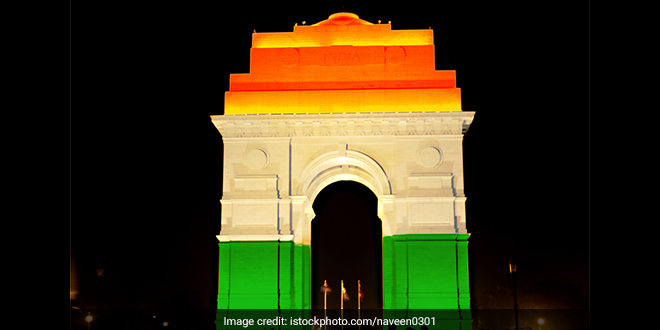 Delhi Police Commissioner Rakesh Asthana also said that over 27,000 police personnel have been deployed for security duties in the national capital to keep an eye on security as well as COVID protocols

New Delhi: As the country gears up to celebrate the 73rd Republic Day, the fear of Omicron, the latest variant of concern and the current dominant COVID strain in most nations, is looming at large. In light of the ongoing COVID-19 third wave in the country, Delhi’s plans for the Republic Day celebrations at Rajpath remain grand, but not without stringent regulations.

According to a set of guidelines issued by the Delhi Police, people attending the Republic Day parade must be fully vaccinated against Covid and children below 15 years of age will not be allowed to attend the function.

The national Covid vaccination programme, which initially started with healthcare and frontline workers on January 16 last year, was extended for all those above 18 years of age. From January 2022, children in the age group of 15-18 years started getting vaccinated, and healthcare and frontline workers and those aged 60 and above with comorbidities are being given ‘precaution’ doses, amid the Omicron spike.

The Delhi Police further clarified that the people in attendance at Rajpath during the festivities, will be mandated to adhere to all COVID—protocols, such as wearing face masks and maintaining social distancing.

It is necessary to have both doses of anti-coronavirus vaccine. Visitors are requested to bring their vaccination certificate, the Delhi Police tweeted.

#DelhiPolice requests all the visitors to the #RepublicDay2022 celebration to follow #COVID-19 appropriate behaviours and co-operate with the security staff.@CPDelhi pic.twitter.com/7GbLMKTHJB

Listing the guidelines, the Delhi Police also tweeted that the seating blocks will open for visitors at 7 am and requested them to arrive accordingly. The Police also encouraged citizens to opt for carpool or taxi due to the limited availability of parking at Rajpath.

They are also requested to carry a valid identity card and cooperate during security checks. There will be a provision for depositing remote-controlled car lock keys in each parking area, police tweeted.

Delhi Police Commissioner Rakesh Asthana also said that over 27,000 police personnel have been deployed for security duties in the national capital to keep an eye on security as well as COVID protocols.

Also Read: Omicron In India: What Can We Learn From The Variant Spread In The UK?

To encourage testing and rapid identification of Covid cases, the Delhi government has also reduced rates of RT-PCR tests and RAT, or rapid antigen tests. The former is capped at ₹ 300 per test (down from ₹ 500) with home collection tests at ₹ 500, and the latter at ₹ 100 (down from ₹ 300).

Delhi Chief Minister Arvind Kejriwal on January 25 stated that the COVID-19 restrictions in the national capital will be lifted soon. The capital will record a 10 per cent infection rate today, he added. The maximum was 30 per cent, on January 15.

Vaccination in Delhi has been conducted at the ward level on mission mode. First dose has been administered to 100 per cent people while 82 per cent have got the second dose as well. I think it is a record in the country and the world as well, CM Kejriwal said.

The Delhi government had on Friday (January 21) recommended the lifting of weekend curfews in the national capital in view of declining Covid cases. The file was forwarded to the office of Lieutenant Governor Anil Baijal for his approval but was rejected.

The office of the Lieutenant Governor had said that a decision on lifting the weekend curfew will be taken once the pandemic situation improves further. He had also vetoed the recommendation to withdraw the odd-even rule of opening shops in markets.

Delhiites have suffered the most due to Covid. We don’t want that your livelihood is affected but your health is important, so we had to put restrictions, he asserted.

Dangerous To Assume Omicron Will Be The Last Variant; We Can End The Acute Phase Of COVID-19 This Year: WHO Chief