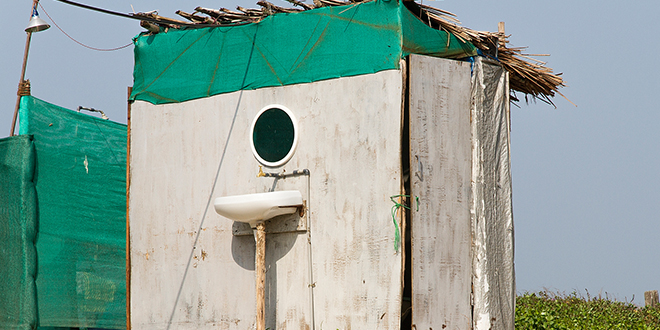 Sanjhauli in Bihar’s Rohtas district has been named the first Open Defecation Free (ODF) block in the state under the Swachh Bharat Mission. The district hit the headlines in July after a woman resident mortgaged her ‘mangalsutra’ to raise money to build a toilet at home.

A statement released by UNICEF said, “The community of the block declared their ODF status on August 30 2016 in a function and this is the first ODF block of Bihar under Swachh Bharat Mission.”

The mortgage incident took place at Barahkhanna village in the block following which a district-wide campaign, titled ‘Mission Pratistha,’ was launched to help Rohtas achieve ODF status in a time-bound manner, under the leadership of District Magistrate Animesh Parasher.

In the first phase, Sanjhauli was used as a pilot to understand the community process by involving all stakeholders at each level. The action plan for making Sanjhauli ODF was prepared just after the completion of training on Community Led Total Sanitation (CLTS), supported by UNICEF, on July 6.

The highlight of the action plan was the deputation of one District Officer as a nodal person to support the community motivators during the community facilitation process, the UNICEF statement said.

The outcome of this plan was that in only 55 days, all six gram panchayats of the block became ODF and almost 6,000 families constructed toilets in their houses. UNICEF has provided technical support during the conceptualisation to the actual implementation and finally making the block ODF in terms of capacity building, process formulation, communication materials and monitoring of the activity.