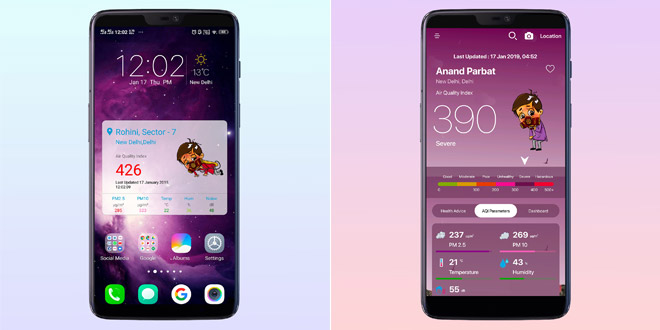 New Delhi: As levels of air pollution continue to rise and oscillate between ‘poor’ and ‘very poor’ it has become imperative to stay aware and take preventive measures to safeguard against one from the hazardous pollutants like PM 1, PM 2.5, PM 10, CO (carbon monoxide), Ozone and others. From planning outdoor activities as per the AQI (air quality index) to wearing an air pollution mask, every step counts to combat air pollution. To help users in beating pollution by keeping a track on real time AQI, PM 2.5, and PM 10, Purelogic Labs India Pvt. Ltd, a Delhi based firm launched a mobile application called ‘AQI India’ earlier this month.

Along with providing real time pollution data, AQI India enables users to compare their day between a good and bad AQI and provide health recommendations. A user can also compare different kinds of pollutants, AQI, temperature, humidity and noise in different cities. The comparison can be done on a daily, monthly and weekly basis. 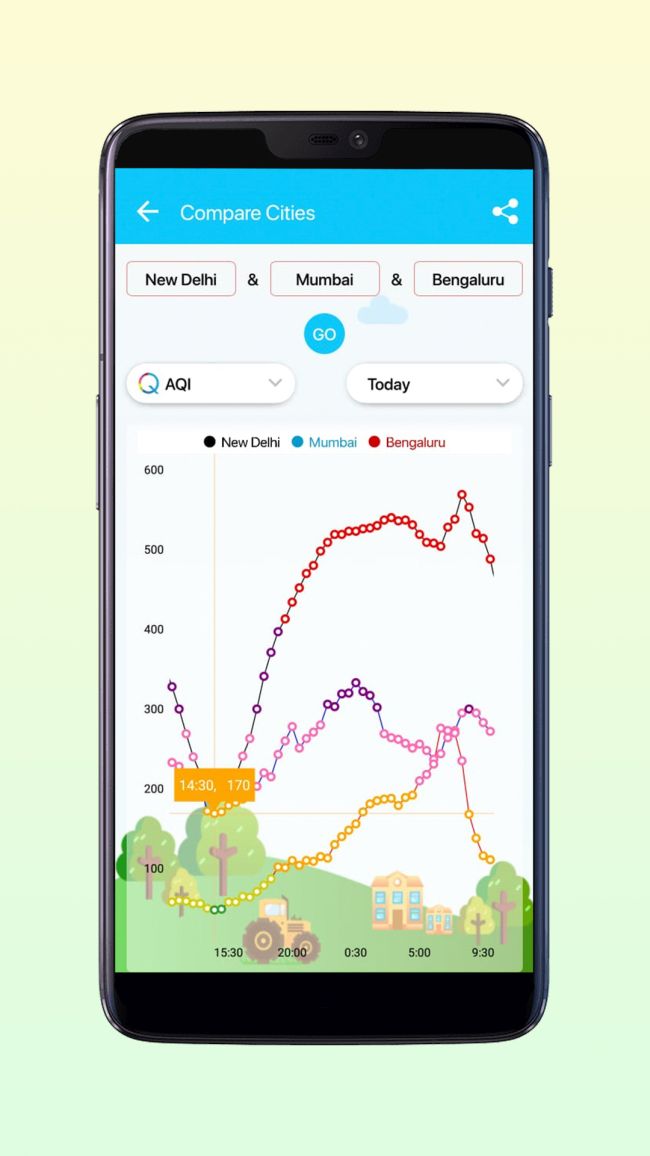 Also Read: Life Expectancy Of Indians Can Go Up By Over A Year If Air Quality Improves By 25 Per Cent, Finds A Study

Talking about the idea behind introducing an app like this, Rohit Bansal, Founder of AQI India and Purelogic Labs India Pvt Ltd, says,

The idea is to educate people about varied levels of air quality and pollutants at various places in the country and minimise their exposure to pollution. Our vision is to provide better air quality solutions and healthy life to everyone. It is towards this that we have launched a mobile app that will enable people to track pollution levels wherever they wish to travel and take adequate precautions – especially if they have elderly, children, or someone with a medical condition at home. We believe that small steps can make a huge impact and the AQI App will help us achieve this and more.

For effective monitoring, the company has installed 400 low-cost air quality monitors across the country and plans to install 500 more by the end of March. Delhi alone has 140-150 monitors. Talking to NDTV, explaining the reason behind installing a huge number of monitors at one location, Mr Bansal says, 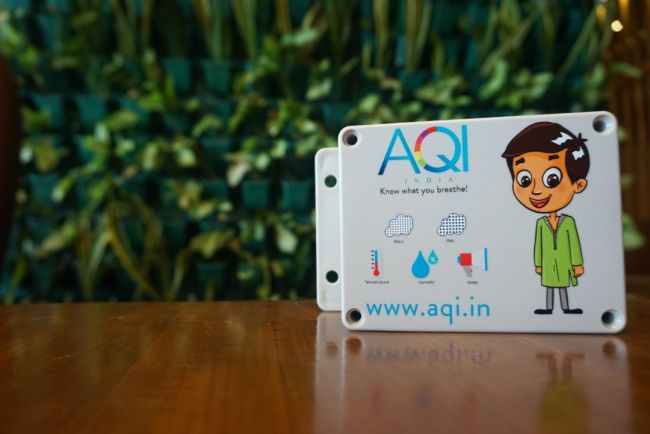 The gathered information can either be streamed live on the website of AQI India or on AQI India’s mobile app which is currently available only for Android users. Mobile application for iOS is still under development and the team aims to launch it next week.

Also Read: This Pollution Net By IIT-Delhi Alumni Fit On Your Window Panes To Protect You From Air Pollution

Further explaining how different are these low-cost monitors from the one already existing in the country, Mr Bansal says,

Air quality monitors installed by the government is not only dated, but burns a hole in your pocket and that is the reason we don’t have enough monitoring stations in the country. We have developed a low-cost technology which measures only pollutants as opposed to monitoring stations existing in the country which measures both pollutants and gases and costs Rs. 2 crore. Also, AQI India’s intelligent algorithms and high precision pollution detection sensors capture every minuscule air particle to publish highly accurate readings.