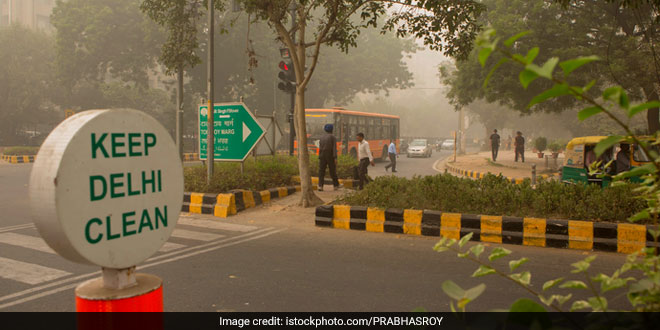 New Delhi: In a bid to combat climate change, the Delhi government has proposed to increase the capital’s green cover from 20 to 33 per cent by planting over 10 lakh trees. The AAP (Aam Aadmi Party) government, in its State Action Plan on Climate Change (SAPCC), which was submitted recently to the Ministry of Environment, Forests and Climate Change (MoEFCC) in pursuance to the National Green Tribunal’s (NGT’s) order, also proposed to increase the fleet of CNG (Compressed Natural Gas) buses in the Delhi Transport Corporation (DTC) within one year.

Presently there are 4,352 DTC buses which the city government plans to augment to 6,900, the SAPCC said. Besides DTC buses, 1,758 cluster buses, 238 metro feeder buses, 802 mini private stage carriage buses, and 6,146 Gramin Sewa are currently being operated in the city, it said, adding that efforts were being made by the transport department to augment the city bus fleet within about one year. The fate of the SAPCC is likely to be decided by the Centre within four weeks, a government official said while confirming that a 250-page document of the action plan was received by the ministry on Tuesday.

The officials are yet to go through it and a meeting will be called with all the stakeholders to take the final decision on the plan, a source in the ministry said. Besides expanding the green cover and increasing CNG bus fleet, the SAPCC has laid down four initiatives by the city government, including improving solar energy capacity from 88 megawatts (MW) to 150 MW by the end of March.

The document proposes to save nearly 100 MW of electricity per annum by using energy efficient lighting system on streets stretching over 700 km. It also aims to decentralise waste-water treatment by bringing shopping malls and other construction projects into the ambit of pollution control laws. It said,

The action plan also said that Delhi Transco Limited. is constructing a 9,000 square metre corporate office that is Energy Conservation Building Code (ECBC) compliant and will cut its current energy consumption by 30 per cent. It added,

The ongoing action plan with timeline has been prepared to control air pollution in Delhi.

The SAPCC comes nine years after the government asked all the states to submit it under the National Action Plan for Climate Change (NAPCC). All other states have already submitted the plan to the government which have been approved.

Lastly, the city government has initiated a strategic knowledge mission which aims to identify challenges of climate change by ensuring focused research and creating awareness in collaboration with Mahatma Gandhi Institute for Combating Climate Change (MGICCC). It said,

MGICC is an autonomous body under the Department of Environment, Delhi which imparts knowledge on climate change to various stakeholders like universities, colleges, polytechnics, ITI & school/college teachers & students, RWAs (Residential Welfare Associations), farmers, rural women, and youth. It also imparts training to various departments of the Delhi government on climate change issues, including the mandate given by SAPCC of Delhi.