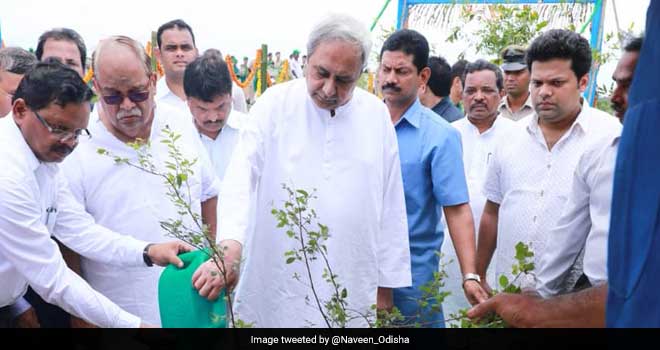 Mumbai: Like major rivers of India, Ganga and Yamuna, Odisha’s lifeline Mahanadi is also undergoing severe pollution crisis. Open defecation, dumping of non-biodegradable items like plastic waste by the citizens to toxic waste by hospitals and industries in the water are major sources of pollution. With an aim to revive the river, Odisha will plant over two crore saplings in 1,303 villages along the river in 15 districts, including more than 63 lakh saplings in next year. In next five years, the state aims to cover all major rivers in the state covering 16,500 hectares and avenue plantation on 500 kilometre of roads.

“The Mission will plant over 2 crore saplings in 1,303 villages along the river in 15 districts, including more than 63 lakh saplings in next year. In five years, the Mission will cover all major rivers covering 16,500 hectares and avenue plantation on 500km of roads,” tweeted the chief minister.

The Mission will plant over 2 crore saplings in 1,303 villages along the river in 15 districts, including more than 63 lakh saplings in next year. In five years, the Mission will cover all major rivers covering 16,500 hectares and avenue plantation on 500km of roads 2/2 pic.twitter.com/OjHLOVXCis

State Chief Minister Naveen Patnaik launched the ‘Green Mahanadi Mission’, a plantation drive, at an expenditure of around Rs 5,000 crore at Boudh during his visit to western Odisha. The chief minister himself planted a tree on the bank of river Mahanadi and called upon people to go for plantation drive during this monsoon.

Strengthening our resolve to save Odisha’s lifeline Mahanadi, flagged off #GreenMahanadiMission focused on improving water retaining capacity & its conservation for future generations. Heartening to see the program attracted not just youth, but also children & elders 1/2 pic.twitter.com/QJ7PXzTLox

Addressing the crowd present at the event, the chief minister said that the Mission will not only increase the green cover in the state but will also stop soil erosion on the banks of river and recharge groundwater reserve.

Calling the river as state’s mother, the chief minister further said that the river is closely associated with the livelihood of people as people heavily depend on it for agriculture and drinking purposes.

To provide additional livelihood opportunities to the locals, the volunteers will plant fruit-bearing trees like mango, jackfruit and jamun within one kilometre radius of the river bank.

Apart from Mahanadi, plantation will also be done on the banks of river Tel and Ib. The plantation drive will be implemented jointly by the departments of Forest, Horticulture and Watershed Development.