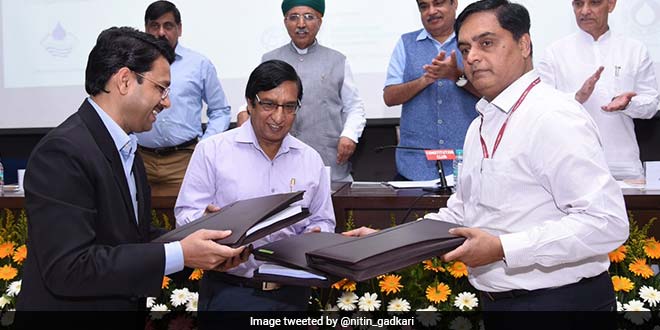 Union Water Resources, River Development and Ganga Rejuvenation Minister Nitin Gadkari, who was present on the occasion, said that all efforts will be made to ensure that the Namami Gange programme shows progress by the end of next year.

He said the hybrid annuity mode based agreement is a major step forward in realising the dream of “Nirmal Ganga” (clean Ganga) as it is the first time ever in India that hybrid annuity-based public-private-partnership mode is being applied in sewage sector.

The 50 MLD STP in Varanasi was awarded to a consortium led by Essel Infra Projects Limited at an estimated cost of Rs 153.16 crore.

In Haridwar, HNB Engineers Private Ltd won the contract for a total sewage treatment capacity of 82 MLD (68 MLD in Jagjeetpur and 14MLD in Sarai) at an estimated cost of Rs 171.53 crore.

The construction of these STPs, which would ensure that untreated sewage does not flow into river Ganga, will commence shortly, Minister Gadkari said.

Under this agreement the maintenance of the project will be the responsibility of the concessionaire for which there will be performance based phased manner of payment. 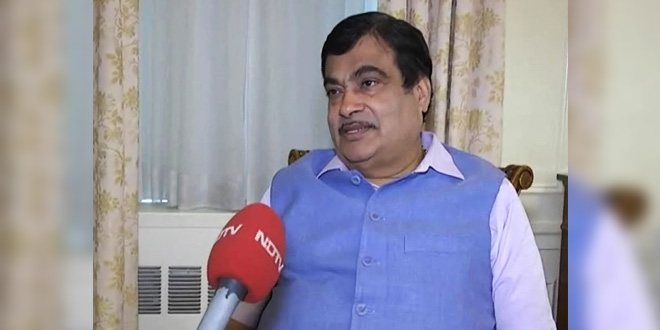 The Minister said that about 3,000 MLD sewage from 97 cities on its banks are the biggest source of pollution for Ganga. Of this, 1,750 MLD sewage comes from just 10 cities.

Mentioning that 18 of these projects are ready, Minister Gadkari said the other projects will also be done by March 2019. He said that a committee headed by Minister of State Satya Pal Singh will monitor the projects on a monthly basis.

Minister Gadkari informed that Prime Minister Narendra Modi will lay the foundation stone for setting up four STPs of 140 MLD in Patna on October 14. The total cost of these projects would be Rs 738.14 crore.

Minister Gadkari called upon the private sector to join the task of Ganga rejuvenation with their resources, reach and experience by taking up projects of Namami Gange under CSR activities.

The Minister also called upon the religious institutions and NGOs to adopt villages along the Ganga and develop them as “aadarsh Ganga gram” (model Ganga village).

Goa State Pollution Control Board To Do Environmental Audit Of Practices Adopted By Industries, Mining Leases