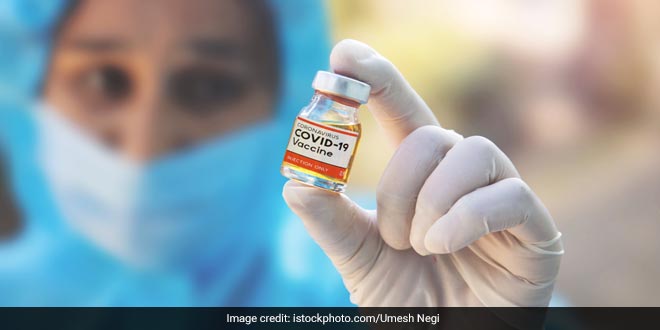 London: The UK has become the first country to approve a so-called “bivalent” COVID vaccine that targets both the original strain of COVID-19 and the newer Omicron variant, British health authorities announced on Monday (August 15). The Medicines and Healthcare products Regulatory Agency (MHRA) said it had given the green light to the Moderna vaccine as a “sharpened tool” against the novel coronavirus after it was found to meet its standards of safety, quality and effectiveness.

I am pleased to announce the approval of the Moderna bivalent booster vaccine, which was found in the clinical trial to provide a strong immune response against the Omicron BA.1 variant as well as the original 2020 strain, said MHRA Chief Executive Dr June Raine.

“The first generation of COVID-19 vaccines being used in the UK continue to provide important protection against the disease and save lives. What this bivalent vaccine gives us is a sharpened tool in our armoury to help protect us against this disease as the virus continues to evolve,” she said.

The MHRA said its decision to grant approval for this booster vaccine in the UK was endorsed by the government’s independent expert scientific advisory body, the Commission on Human Medicines, after carefully reviewing the evidence. The regulator said its decision is based on data from a clinical trial, which showed that a booster with the bivalent Moderna vaccine triggers a strong immune response against both Omicron (BA.1) and the original 2020 strain. In an exploratory analysis, the bivalent vaccine was also found to generate a good immune response against the Omicron sub-variants BA.4 and BA.5.

The virus, SARS-CoV-2, is continually evolving in order to evade the immunity provided by vaccines. This novel bivalent vaccine represents the next step in the development of vaccines to combat the virus, with its ability to lead to a broader immune response than the original vaccine, said Professor Sir Munir Pirmohamed, Chair of the Commission on Human Medicines.

The authorities said that safety monitoring showed that the side effects observed were the same as those seen for the original Moderna booster dose and were typically mild and self-resolving, and no serious safety concerns were identified.

The UK’s independent Joint Committee on Vaccination and Immunisation (JCVI) will now advise on how this new vaccine should be rolled out as part of the country’s booster vaccine deployment programme.

The vaccine has also been submitted for approval with the authorities in Australia, Canada and the European Union (EU). It is expected that the EU medicines regulator will approve the dose by next month.

Moderna CEO Stephane Bancel described the new vaccine as a “next generation COVID-19 vaccine”, which will play an important role in protecting people over the winter.

This represents the first authorisation of an Omicron-containing bivalent vaccine, further highlighting the dedication and leadership of the UK public health authorities in helping to end the COVID-19 pandemic. This bivalent vaccine has an important role to play in protecting people in the UK from COVID-19 as we enter the winter months, said Bancel.

According to official statistics, 126,504,756 vaccine doses have been administered in the UK including first and second doses as well as third and fourth booster doses rolled out on an age group basis.