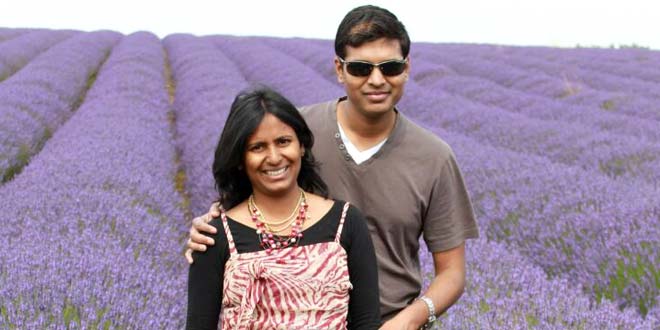 Ashish Kalawar was just a teenager when he had an encounter that was going to shape the rest of his life.

“I was waiting to catch a train to my hometown; a little boy approached me and offered to polish my shoes. I instantly told the child that at his age he should be going to school and not working. The boy replied that he will use this money for his education and that’s when I decided to let him polish my shoes. I was simply mesmerized with his spirit and determination and decided to give him double the price of whatever he was asking,” reminisces Ashish Kalawar.

The happiness on that child’s face had a huge impact on Ashish and he knew he wanted to spend his life helping out those less fortunate than him. 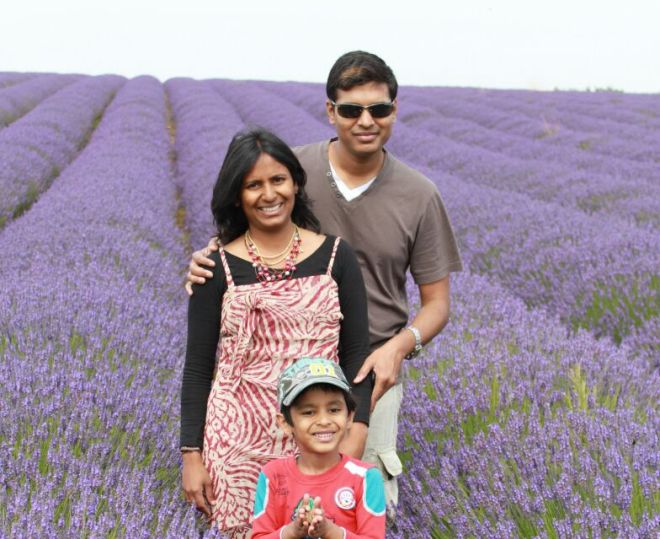 Years later when Ashish got married, his wife Ruta shared his vision and values and was equally keen to help out those in need. The electric engineer couple travelled the world, before moving to the United Kingdom in 2009. In the UK, they spent a lot of their time volunteering at the local temple and participating in charity walks to help people raise funds for different initiatives.

I use to wonder, if we can help people outside our homeland then why we can’t do the same in our own country – India –  Ashish Kalawar

It was during a short visit to India in 2012, that Ashish and Ruta decided to [highlight] adopt a remote village in Maharashtra named Lonwadi [/highlight] . It was a backward village with a very poor standard of living.

Forget about toilets, the life of the people there was too hard to be explained in words. They simply didn’t know how to live, remembers Ruta Kalawar.

Lonwadi, in the Yavatmal district of Maharashtra, is located on a hill – It had no electricity, no water system, no roads and obviously no toilets.

Ashish and Ruta, together along with the help of an NGO decided to transform Lonawadi into an ‘Adarsh Village.’

For the next two years Ashish and Ruta kept helping their adopted village on a part time basis. However, in January 2014, the couple took a huge step and decided to leave their well-paid jobs in the UK and move back to India. Not just that, they also started spending most of their time in Lonwadi. Bit by bit they became an integral part of the village, transforming the lives of everyone they met.

First up, they had to tackle the most basic problem – water. Thanks to its remote location on top of a hill, the villagers had to go downhill every day in order to get water. The Kalwars set up a solar-operated water pump to draw water to the top of the hill. 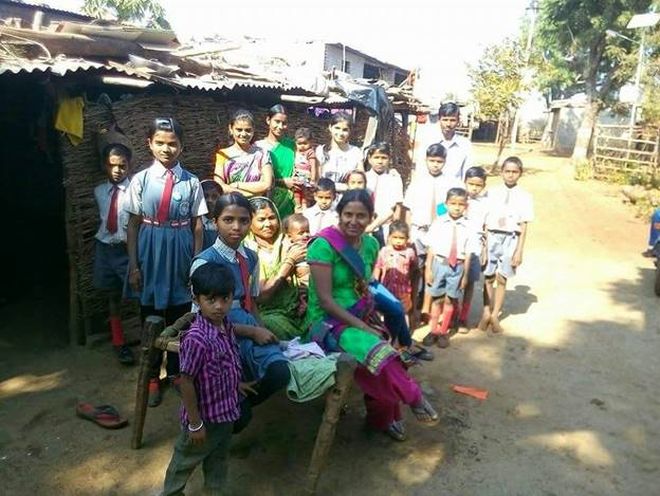 Another thing that Ashish and Ruta noticed was that women and girls of the villagers had no toilets and had to go out to the open fields to relieve themselves. Sometimes, they had to hold themselves all day before they could relieve themselves. That’s when they decided to build toilets for them.

One house one toilet, keeps surrounding clean and healthy – that was our mantra and we wanted everyone in this village to know that having a toilet is their basic right –  Ashish Kalawar.

However, merely constructing toilets wasn’t enough for a population that has always defecated in the open. Ashish and Ruta started counselling the villagers about the benefits of toilets and how by using it they can make their own village ‘Swachh.’ 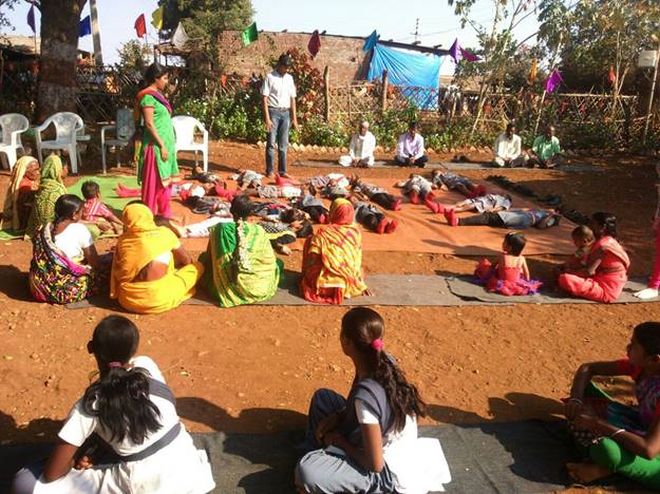 Ashish and Ruta’s counselling sessions have helped the villagers realise the importance of using toilets. Today the village has 2 bio-toilets, good roads, electricity, a water system, and a digital school too.

To get the villagers accustomed to the toilets, Ashish and Ruta came up with a unique idea – the toilets in this area are covered with bushes so it gives the same feel as being out in the open fields.

We have seen people here being interested in toilets – they too want their basic right, but as they are not aware on how to use it properly they tend to not use it or demand it. All we plan to do is change this mindset and educate them about these basic things –  Ruta Kalawar.

With the help of some friends, Ashish raised 90% of the funds required to make Lonwadi an ideal village.

The remaining 10% was contributed by the villagers – “We wanted to make sure that there is some ownership from the villagers as well and that’s why we decided to take some money from them as well. Together they funded a sum of Rs. 30,000,” said Ashish.

We always had a passion to work for our country; we have seen people struggling to meet their ends, we just wanted to help them out, added Ruta.

The couple also aims to make this village open defecation free in next two months.

Also Read: This American Woman Is Changing Lives In Rural India, One Toilet At A Time

Swachh Warriors: In Just One Week, These Students Created 9000 Toilets In 107 Villages