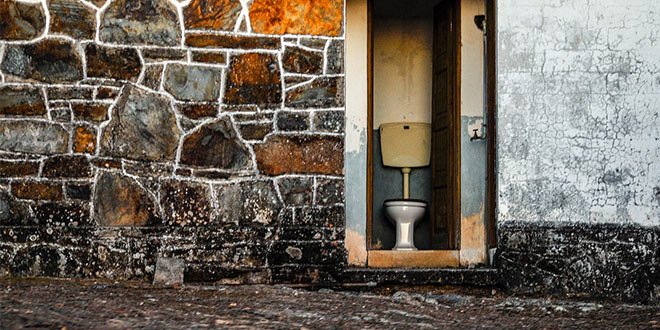 New Delhi: Uttar Pradesh was declared 100 per cent open defecation free (ODF) in January this year with 97,641 villages being declared ODF in 75 districts. Yet open defecation continues to remain a sordid reality in most villages. Most newly-built toilets in villages are either used as storerooms or kept locked up. For verification of the ODF declaration, the guidelines suggest that ‘at least’ two verifications should be carried out. The first level of verification should be done within three months of declaration and the second level – to ensure that villages do not fall out of the ODF status – within six months of the first verification.

A survey conducted by the state government in January this year had found that lakhs of families were still left out of the scheme.

The status report in February showed there were 36.5 lakh left out beneficiaries (LOBs) under Swachh Bharat Mission Gramin (SBM-G). Construction of toilets in the left out families was then taken up with renewed vigour.

An official in the Panchayati Raj department disclosed,

People come forward to take the money but refuse to use the toilet when it gets constructed. As officials, we cannot force them or monitor its usage on a regular basis.

The problem is not construction of toilets, it is their usage. For some strange reason, even those who have toilets prefer to defecate in the open and there is nothing we can do to change their mindset. Even the women, who have a toilet in the family, go out to relieve themselves.

The proof that the toilets are not being used by the beneficiaries is evident from the fact that women continue to face incidents of crime when they go to defecate in the open.

Also Read: Breastfeeding Cubicles To Be Set Up At All Bus Stations Across Uttar Pradesh

Barely a fortnight ago, a woman in Rae Bareli district had gone to relieve herself in the open and her body was later found with her head smashed. Her family had a toilet but they chose not to use it. Rae Bareli, incidentally, has been declared ODF as per the Swachh Bharat Mission database.

Saroj Pathak, a resident of a village in Sarai Mir in Azamgarh, has got a toilet built but keeps it locked up.

If I open the lock, other women insist on using it. So I prefer to go with them in groups to answer nature’s call. It is only during the night that we quietly use the toilet, she says.

Another problem with those who have got toilets is that of cleaning.

We cannot clean toilets ourselves and I cannot afford to employ a sweeper. It is better to avoid using it, says Saroj, who is a Brahmin by caste.

Bala Kumari, a social worker in Sultanpur, has a new reason as to why people are not using toilets.

Going for defecation in groups for both men and women is a kind of a social outing. In the rural interiors, you can see women chatting happily while relieving themselves. This is the only time when women go out and mingle with each other. The same is with the men, she explained.

Aaditya Thackeray Spoke About Preventive Healthcare At The 12-Hour Swasthagraha