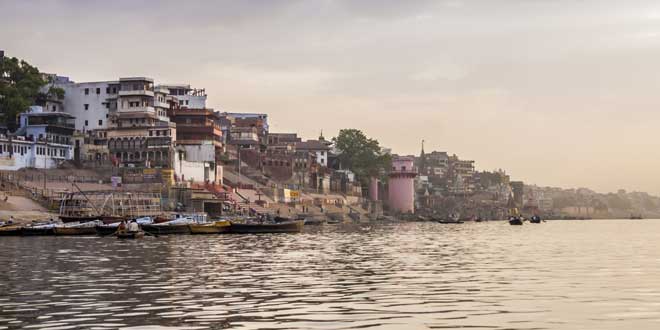 The challenging target of thousands of villages located along the Ganga, becoming open defecation free (ODF) by December this year is on-track, assured a senior government official.

“There has been recent setback because of the floods, particularly in UP and Bihar where this work (of making the villages ODF) has taken a backseat. But we are back in regular contact with the (Ganga basin) states. It is quite a challenging task but we are confident that ODF status will be achieved in all the villages by the year-end,” said Parameswaran Iyer, Secretary of Drinking Water and Sanitation Ministry. Mr Iyer made these remarks during a briefing on Swachh Bharat Pakhwada (fortnight) observed by Ministries of Information and Broadcasting and Youth Affairs and Sports.

Besides Uttar Pradesh and Bihar, Uttarakhand, Jharkhand and West Bengal are the other Ganga basin states. There are 5,169 villages located along Ganga, falling under 1,651 gram panchayats in 52 districts of these states. According to ministry officials, around 1,300 of these villages have become ODF till now.

Mr Iyer said the ministry has developed specific indicators called ‘Index for Village Swachhta’ to rank hamlets across the country in managing solid waste, in addition to becoming ODF and ensuring visible cleanliness.