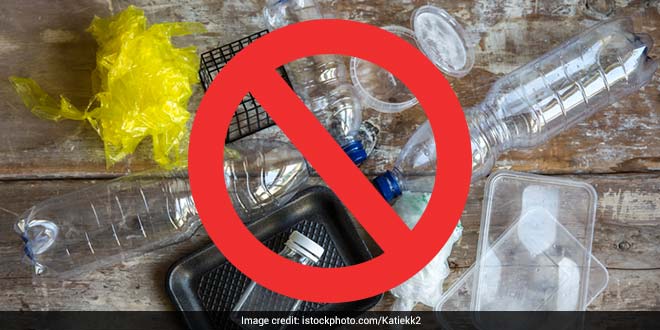 New Delhi: Delhi government will issue warning notices to units found violating the ban on 19 single-use plastic (SUP) items till July 10 and punitive action will be taken thereafter against repeat offenders, Environment Minister Gopal Rai said on Friday (July 1). Action will include a fine of up to Rs 1 lakh or a jail term of up to five years or both under the Environment Protection Act, 1986, he said. However, the government will give top priority to creating awareness against the use of SUP items and providing their alternatives to people, he said.

The Delhi Pollution Control Committee (DPCC) had earlier issued strict directions to manufacturers, stockists, suppliers and distributors of SUP items to ensure zero inventory of the banned commodities, including packaging films and plastic cutlery, by June 30.

Many people believe that setting up enforcement teams, imposing fines and closing down (defaulting) units will make the ban successful. Our government thinks differently… Our aim is to create awareness and provide alternatives to people before enforcing the ban, the minister said.

The ban comes into effect when the unemployment rate is high. It is going to affect a large number of manufacturers, distributors and sellers of SUP items. Many people will find it difficult to make their ends meet. These people are our own, Mr Rai said while launching a three-day fair at Thyagraj Stadium here to promote alternatives to SUP items.

Teams of the DPCC, Revenue Department and Municipal Corporation of Delhi (MCD) will conduct inspections, create awareness and issue warning notices against those not complying with the ban till July 10.

Punitive action will be taken after July 10 against the repeat offenders…Violation of the ban will invite a fine of up to Rs 1 lakh or jail term up to 5 years or both under the Environment Protection Act, 1986, he said.

The Revenue Department and the DPCC have constituted 33 and 15 teams, respectively, to ensure enforcement of the ban.

The DPCC will ensure compliance with the ban in confirming areas, and MCD and other local bodies will be responsible for its implementation in the informal sector, officials said.

The MCD and other urban local bodies will act against the defaulting units according to their bylaws while the Revenue department will take action under the Environment Protection Act.

An official said the Environment Department will monitor the implementation of the ban through the “Green War Room” which was setup in October 2020 to keep a tab on air pollution levels and address related complaints.

The ‘Green Delhi’ mobile application has also been updated to file complaints regarding violation of the ban on SUP items.

Delhi generates 1,060 tonnes of plastic waste per day. Single-use plastic is estimated to be 5.6 per cent (or 56 kg per metric tonnes) of the total solid waste in the capital.

On August 12 last year, the Union Environment Ministry had issued a notification prohibiting the manufacture, import, stocking, distribution, sale and use of identified SUP commodities, including polystyrene and expanded polystyrene, from July 1, 2022.

The thickness of plastic carry bags will have to be increased from 75 microns to 120 microns from December 31.