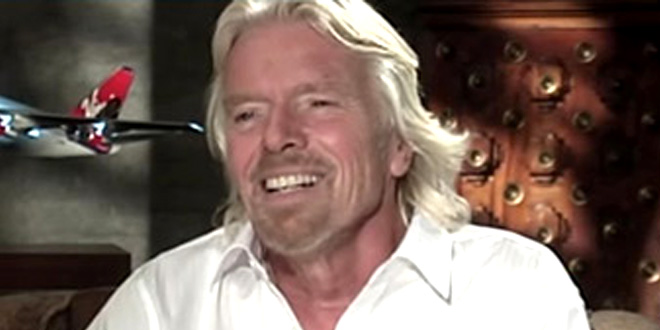 New York: British billionaire Richard Branson presented a petition to the UN General Assembly (UNGA), urging governments to protect at least 30 per cent of oceans by 2030.

The founder of the Virgin Group, also a famous investor and philanthropist, presented the petition on Thursday backed by over 1 million citizens from around the world to UNGA President Peter Thomson at the UN Oceans Conference, Xinhua news agency reported.

The commitment was made in September 2016 at the International Union for Conservation of Nature (IUCN) World Conservation Congress, where 180 governments and over 600 NGOs voted to strongly protect at least a third of the world’s ocean by 2030.

Now citizens are calling on governments to execute on this. The ocean covers two thirds of the planet yet today less than 3 per cent is strongly protected. The science says we need to protect at least 30 per cent. Through this petition, over 1 million people from around the world have called for action to reach this ambitious target. I am pleased to add my voice and look forward to working with political and business leaders and citizens to make it a reality, Branson said.

The UN Ocean Conference is ongoing at the UN headquarters here, coinciding with World Oceans Day, which falls on June 8.

Co-chaired by Fiji and Sweden, the Conference aims to support the implementation of Sustainable Development Goal 14: conserve and sustainably use the oceans, seas and marine resources for sustainable development.

Also Read: Our Oceans, Our Future: 5 Things To Know About World Oceans Day