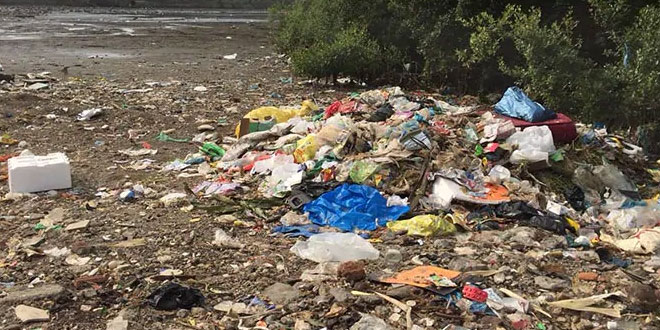 Panaji: A garbage crisis could grip one of Goa’s most popular beach at Calangute — called the queen of beaches — after the Corporation of the City of Panaji, which oversees civic needs of the state capital on Monday refused to treat wet garbage in the beach village at the facility that operates near Panaji. Addressing a press conference on Monday, Panaji Mayor Uday Madkaikar said the city authorities would block the transportation of wet garbage generated in the jurisdiction of the Calangute village panchayat because village residents on Sunday had blocked garbage trucks of the city corporation from passing through, en-route a high-tech garbage processing facility near Calangute.

“From tomorrow onwards, the Corporation will not allow 60 trucks carrying wet garbage generated in Calangute to be processed at our facility near Panaji. We were forced to take this decision after our trucks which were carrying garbage to the treatment plant near Calangute were stopped on Sunday,” Mr. Madkaikar said.

Villagers living in the vicinity of the garbage treatment plant in Saligao, near Calangute, have been protesting for several weeks after a foul smell started emanating from the facility and have blamed the government for overburdening the plant.

The decision of Panaji civic authority to ban wet garbage waste generated in Calangute to be processed in the Panaji plant, could have an impact on the tourism prospects of the Calangute beach village which is not only home to popular beaches, but also has several top nightclubs and dozens of resorts and hotels. The stretch is frequented by hundreds of thousands of tourists every year.

Goa’s inability to manage garbage especially in the coastal areas, which often sees heaps of filth lining its roads and fields, has also been an area of concern to tourism industry stakeholders, who have pleaded with the state government to resolve the issue.

Earlier this month, the state government had to fly in experts from Mumbai, after a garbage dump near South Goa’s Margao town caught fire. The garbage crisis has also prompted a BJP MLA and deputy speaker in the state legislative assembly Michael Lobo, to request the Chief Minister to create a ministry for garbage to tackle the menace on a priority basis. The state generates nearly 200 tons of garbage every day.

The Waterman Of India, Rajendra Singh, Says ‘Water Literacy’ Is Need Of The Hour As Country Faces Water Crisis