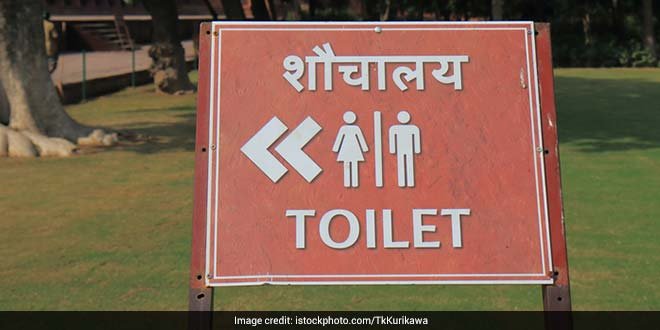 Panaji: After missing two targets last year, the Goa government has now set a fresh deadline of August 31 to achieve the Open Defecation Free (ODF) status. The state had missed the October 2 and December 19 targets last year. Goa is ranked number one in the category of the lowest ODF coverage with 5.87 per cent, as per data by the Ministry of Drinking Water and Sanitation (Swacch Bharat Mission Gramin). Chief Minister Pramod Sawant told reporters after state Cabinet meeting on Tuesday said,

He said the government has invited applications from the households who want to install bio-digester toilets for their use. He added,

The forms would be available at village panchayats and municipalities by June 30.

Bio-Digester is a decomposition mechanised toilet system which decomposes human excretory waste in the digester tank using specific high-graded bacteria further converting it into methane and water, discharged further to the desired surface.

CM Sawant said Goa is already lagging behind in achieving the ODF objective. The CM said the state required at least 55,000 bio-digester toilets, and added that the Goa Waste Management Corporation (GWMC) is appointed as the nodal agency for providing these toilets.

The state Cabinet, meanwhile, has revised the purchase rates of bio-digester toilets for applicants from the general category from previous Rs. 10,000 to Rs. 4,500. For the OBC category, the new charges will be Rs. 2500 while the applicants from SC and ST communities will now have to pay Rs. 1000 as against the earlier rate of Rs. 5000.

The government has zeroed in on the bio-digester toilet technology perfected by the Defence Research and Development Organisation (DRDO).