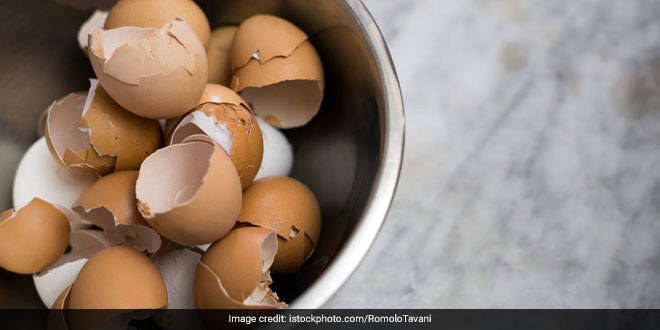 Mumbai: When it comes to treating waste, it is hard to beat Ambikapur when it comes to innovative ideas. In its latest initiative the Ambikapur Municipal Corporation (AMC) in Chhattisgarh is reusing eggshells discarded in the city to make calcium powder and manure on a daily basis. By doing so the civic corporation is not only preventing waste egg shells from going to the landfill but is also creating a platform for the underprivileged women to earn a livelihood. The AMC has hired women from local Self-Help Groups (SHGs) to manage the process. 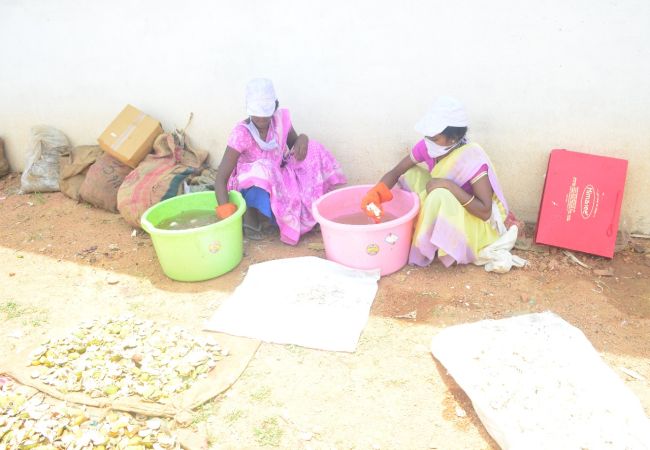 Speaking to NDTV about the need to initiate this kind of a unique project, AMC’s Commissioner Suryakiran Tiwari Agarwal says,

Since 2015, we have been promoting scientific treatment of city’s waste either via composting or recycling. Presently, we are segregating the waste into two broad categories of dry and wet waste. With the segregation process proving to be economically beneficial, we are now aiming to further divide dry and wet garbage into smaller categories. For example, treat the plastic and paper waste separately. Likewise, segregate the egg shells.

The egg shells collected from the city are first cleaned with water. After drying them under the sun they are crumbled and filtered with sieve to create calcium powder. Of the total powder made, 20 per cent of it is added to the fodder used to nurture the flowers. Apart from using it to grow flowers, the powder is also added to seeds fed to chicken. In one quintal of seeds nearly one kilo of calcium powder is mixed. The seeds filled with calcium are given to chickens in Sakala Poultry Farm. 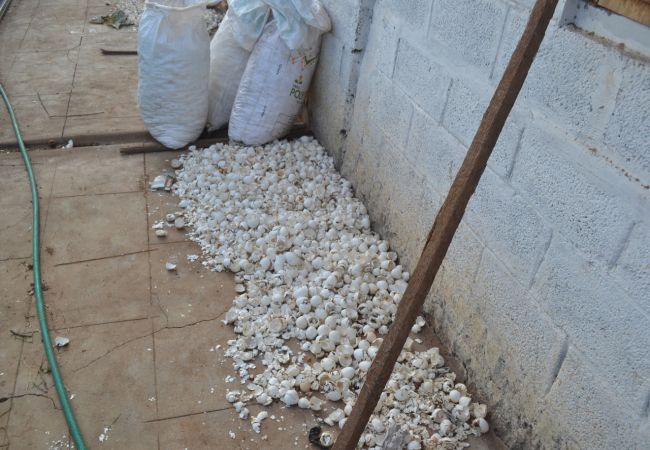 Ambikapur generates around 2 kilos of eggshells every day

Rita Sen, district collector of Sarguja, had formed several SHGs last year to encourage women to take up jobs and earn a living. Since then hundreds of women have found jobs in different sectors canteen administrators in government officers, sewing and solid waste management department of the municipal corporation. The AMC, having hired women from the SHGs previously for waste picking activity, approached them again for the eggshells project. Around 20 women volunteered for it.

The women were first trained by renowned ecologist C Srinivasan to convert the eggshells into calcium powder. Within the week of their training, the women took charge of the composting machine.

The city, with a population of 1.45 lakh generates approximately two kilos of egg shells every day. The process of reusing egg shells as fodder costs around Rs 5 per kilo and the final product is sold at Rs 50 per kilo, giving the women a profit of Rs 45 daily. As for the calcium powder for chickens, it costs up to Rs 500 per kilo. With the women making around 50 kilos of powder every month, an income of above Rs 10,000 from powder and fertiliser is generated per month.

Become A Waste Management Professional: Learn How To Effectively Dispose Of Waste At This Institute For Free