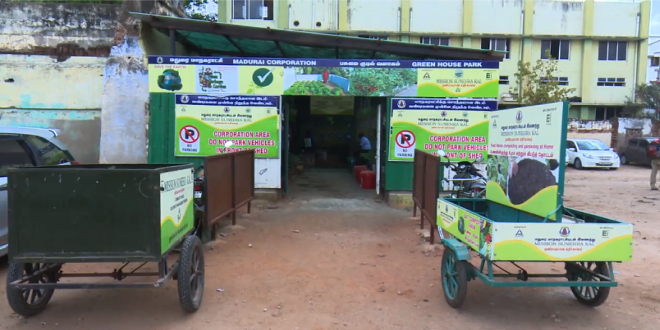 Mumbai: Did you know that landfills are a major source of greenhouse gases like methane and carbon dioxide that eventually lead to global warming? Disturbed by this very scientific fact, a local NGO in Tamil Nadu’s temple city Madurai approached the city corporation in 2016 and proposed a pilot waste management project to convert biodegradable waste generated from the famous Meenakshi temple and the nearby households into manure. The aim of the initiative taken on lines of Swachh Bharat Abhiyan was twofold – prevent global warming by converting wet garbage and make citizens an integral part of the exercise.

Rampant disposal of mixed waste including biodegradable matter on dumpsites provides a perfect anaerobic environment for generation of methane and leachate. In one of our research projects we visited the local landfill site and saw how methane gas was proving to be a hazard for the environment and the ragpickers. Meanwhile the issue of managing waste was being given prime importance by the government under Clean India Mission. Thus, we approached the Madurai Municipal Corporation (MMC) and as anticipated they agreed to help us, G Mohan, President of Exnora NGO tells NDTV. 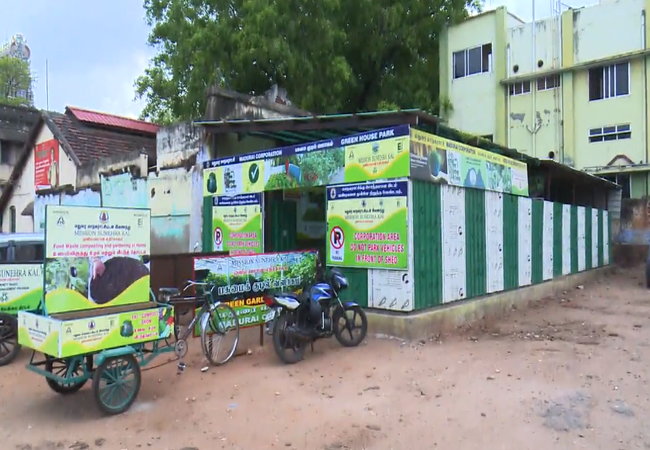 The pilot was divided into three parts – arranging funds for the composting unit, identifying space to install the unit and convincing residents living near the temple premises to start waste segregation. India’s second largest hotel chain, ITC Hotels funded the composting unit through their Corporate Social Responsibility funds. The next challenge was to arrange for a space in the city.

We wanted a place that would be close to the temple to eliminate the transportation cost. At the same time, we didn’t want to spend money on purchasing the land. The corporation gave permission to set up the plant inside the public parking lot close to the temple. Initially we were skeptical of the smell of waste that would spread across the parking lot. With the help of experts in composting field we managed to procure a fertiliser that eliminated the smell, says Mr Mohan. The composting unit was set up in the 2,000 square feet parking lot. 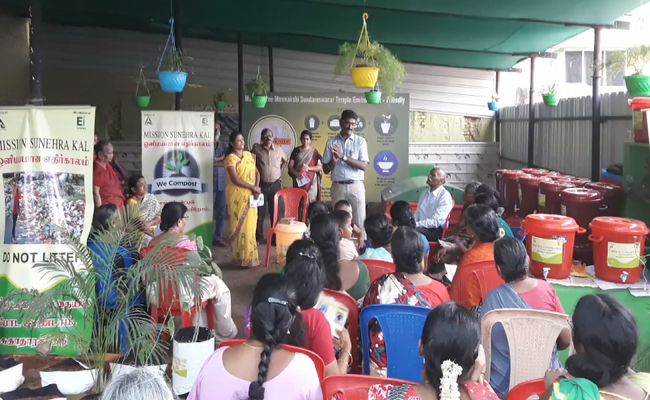 The next step was to convince 1,000 households to practice waste segregation. The MMC and the NGO conducted several workshops and awareness classes for the residents for nearly a month to teach waste management. Each house was given a composting apparatus costing Rs 400. Initially composting agent was made available free of cost. Saw dust was provided to prevent bad smell. The residents were also taught how to effectively use the produced manure to grow organic vegetables on their respective building terraces.

Over 1000 households around the temple were trained and motivated to practice waste segregation and kitchen waste composting, as an effective method to reduce waste at source and resultant global warming. 50 per cent of those households got into the practice of treating wet garbage at source. The rest of the households segregated their wet waste and gave it to the MMC, adds Mr Mohan. 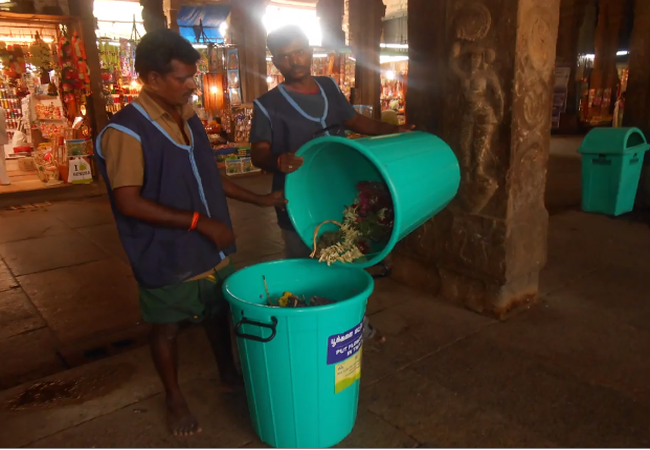 For the last two and a half years, the MMC staff have been collecting the 600-700 kilos of wet waste including a variety of flowers, fruits and vegetables from the nearby households, restaurants and temple and depositing it in the parking lot. Trained team of eight people from the NGO handles the conversion process.

To hasten the composting process, additives like microbes are used. The mixture is stirred with a shovel at regular intervals. It takes 45 days to make fresh batches of manure. The newly produced manure is then laid out in a covered space to remove moisture. The final manure is packaged and sold at Rs 5 per kilo to the locals living around the temple, explains Mr Mohan. 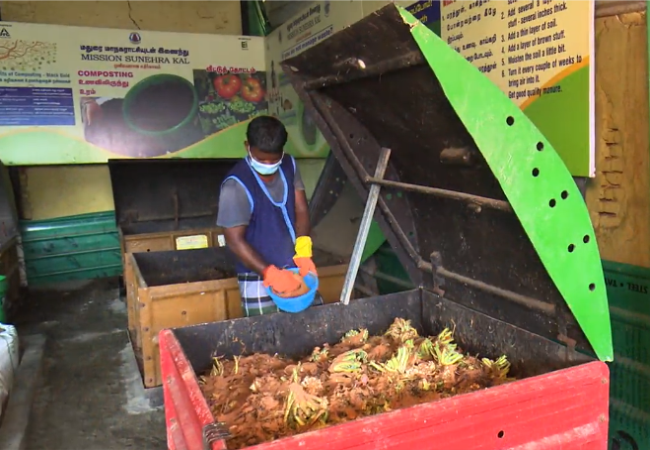 Nearly 200 kilos of manure is evenly distributed among the 1,000 households. The training imparted on gardening vegetables is now benefiting the locals as they are now producing their own vegetables on building roofs. 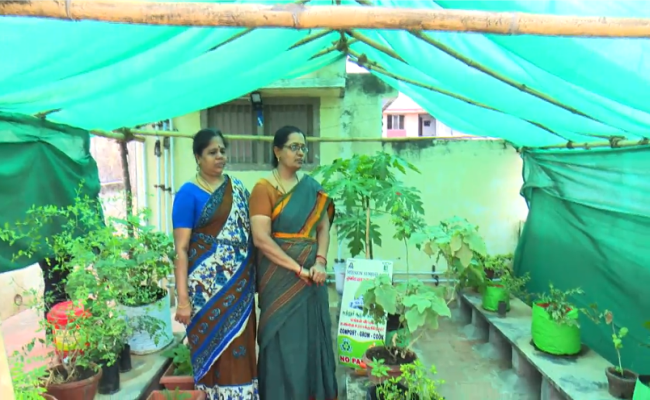 It has been one year since we are producing different vegetables like carrots, beetroots, tomatoes, spinach, ginger and bitter gourd on our building terrace. We divide the organic vegetables among the residents every month, says Krishna Shetty, Secretary from a nearby building.

The pilot project which is in its second year will continue for the next three years post which it will be expanded to other households as well says Mr Mohan,

“Out of all the challenges, the biggest one was bringing about a behavior change among people. Before expanding the project we want to first initiate the practice of waste management. We are currently approaching corporates to fund another composting unit. Once we gather the required financial support we will start educating other citizens as well,” signs off Mr Mohan.