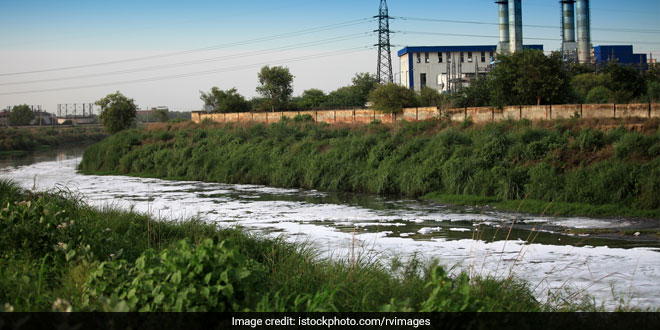 New Delhi: All 1,100 units for disposal of hazardous waste in Delhi are operating without complying with the rules, the city government has told the National Green Tribunal which directed all states to set up Treatment, Storage and Disposal Facilities (TSDF) of adequate capacity at appropriate locations within three months.

A bench headed by NGT Chairperson Justice Adarsh Kumar Goel asked the Centre and the Central Pollution Control Board (CPCB) to monitor the compliance of the Hazardous and Other Wastes (Management and Transboundary Movement) Rules by reviewing the need for action in all the states.

The CPCB may forthwith constitute a monitoring Committee for the purpose. It may appoint a Nodal Officer exclusively to oversee the compliance of the rules.

The Member Secretary CPCB may act as a nodal officer till a substitute is found. The action taken must be placed on the website of CPCB within three months…. Compliance report be filed before this tribunal on or before November 30, 2018, which will be treated as a separate application,” the bench also comprising justices Jawad Rahim and S P Wangdi said.

During the hearing, Haryana submitted a status report which said that there is only one CTSDF in Faridabad which has been authorised to process 50,000 Metric Tonnes of hazardous waste for processing as fuel in cement industries.

Apart from the said facility, 108 units have been authorised to process recyclable hazardous waste.

“The stand of the state of Uttar Pradesh is that 1,835 units are operating as on 13th September 2017, and all the said units are complying with the rules. The state of Rajasthan submits that 35 units are violating the rules for which show cause notice had been issued, but no action has been taken as on September 21, 2017.

On August 29, 2017, the Green Court had directed all the states to file a detailed response about the agencies authorised to collect, transport, dispose of the hazardous waste as per the Municipal Solid Wastes (Management and Handling) Rules.

The tribunal had issued the order earlier expanding the scope of the petition filed by Ghaziabad resident Rajiv Narayan and others. It also included the issue of hazardous waste in Uttar Pradesh, Rajasthan, Haryana, Uttarakhand and the NCT of Delhi.

Mr Narayan had alleged that rapid development of industries had resulted in acute air and water pollution which was causing severe health problems for the city’s residents.