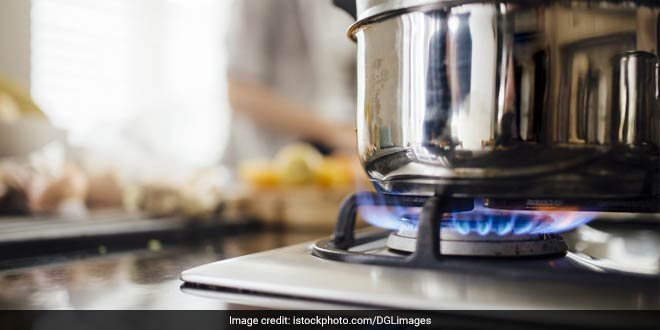 Mumbai: Having studied in a foreign university Kabir Udeshi realised the importance of having a clean and hygienic environment, something that India lacked. However, like everybody he also tried to ignore the open dumping spots in Mumbai for a very long time. But one fine day in 2012, when he was on an evening stroll with his dog, he decided to take matters into his own hand after his dog fell ill from inhaling the foul smell coming from a dump yard. Cleanliness is not something that can be imposed, but it should be a part of our daily routine. With this thought he started a mission to convert waste into something useful.

Working with a Multi-National company gave Kabir very little time to research about ways to make his lifestyle waste-free but he continued his research, despite financial crunch. After talking to experts and reading articles on managing waste, Kabir concluded that wet or biodegradable waste makes up for most of the garbage that is dumped in landfills.

Waste is one of the crises that is growing by day due to consumption habits and reducing waste generation overnight is impossible. The 1994 plague outbreak in Surat was attributed to poor management of organic waste. Waste when left without processing is a breeding ground for bacteria, viruses and pests such as cockroaches, flies and rats. The waste also clogs rivulets and drains – leading to stagnant water and mosquitoes. If we are to ensure a healthy environment, we must adopt methods to manage and process our organic waste immediately. Thus, using the waste to make something useful from it by recycling or composting is the way out, Kabir tells NDTV.

From travelling to different parts of the country to study the techniques of composting to coming up several bio-digestor models at home, Kabir experimented with various models of composting before locking down on system that converts biodegradable waste into cooking fuel and fertilisers. That was his eureka moment.

Kabir, a PhD holder from the University of Michigan, fondly calls his innovation ‘Dedko’ which means frog in Gujarati. Just like frog’s expanding throat, gas also expands in the machine developed by Kabir in 2013. A year later he quit his well-paying job to focus on his technology and started his own enterprise called ‘Flycatcher Technologies’.

The Process Of Converting Kitchen Waste Into Cooking Gas

The machine, which costs around Rs 25,000, has the capacity to convert two kilos of wet waste into fuel within 24 hours. All one has to do is take the waste and feed it in the machine.

The Dedko system works on the principle of Anaerobic Bacterial Digestion. The system has millions of bacteria that work with the internal mechanisms. They process the organic waste into organic fertiliser and fuel gas. The fuel gas is stored in a balloon bag or cylinder so that it is available when required for cooking.

For the last five years, Kabir’s family has stopped discarding wet waste and 30 per cent of the fuel used at his home for cooking comes from Dedko.

How ‘Dedko’ Can Ensure A Safe Environment In Future

The output generated is organic fertiliser and fuel. The fertiliser when put to use will generate organic fruits and vegetables – a boon to a healthy life. The fuel gas is clean to burn and has no fumes, as is with other gaseous fuels like CNG or LPG. Hence it is healthier when compared to wood, coal or liquid fuels. As of 2011, less than 30 per cent of Indian households use fuel gas. The digester systems enable more people to enjoy the health benefits of using a clean fuel gas for cooking, says Kabir.

The innovation also prevents waste from reaching the landfills and saves expenses in Oil and Petroleum products that account for almost 50 per cent of Indian imports.

Elaborating on the point of petroleum products he adds,

Most of these products are derived from areas of conflict and a disturbance in the supply chain will cripple the economy. Besides the raw material, the technology for refining and processing petroleum products is largely imported. This puts a strain on national resources and makes India dependent.

Kabir, says the machine has helped him generate employment also. For production, service and operation of digesters he has hired ten people.

Dedko, which is approximately the size of a washing machine, can be used by individuals at home and workplace. Since Dedko’s waste capacity is low, Kabir developed a bigger version of the machine called ‘Rhino’. Rhino can be used by bulk waste generators.

So far, he has managed to provide his biodegradable waste solutions to over 50 users including corporations, hospitals, clubs, industrial canteen and individual houses residing in Jaipur, Mumbai, Chennai and Vadodra.

Kabir is presently working on a more user-friendly model,

Dedko, when supplied to clients is dismantled. Since it requires installation, we have have to limit our supply and often give away the opportunities to provide our solutions. I am in the process of developing a model which occupies less space, is more effective and can be supplied anywhere in the country, he signs off.

With Composting As Her Tool, This Gardener From Chennai Is Growing 50 Plus Veggies, Fruits And Making Organic Soaps At Home