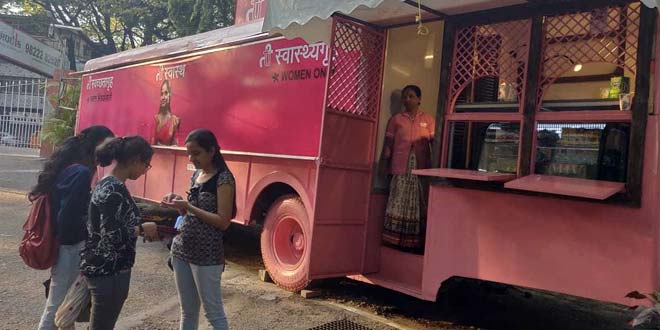 Mumbai: 23-year-old Aarti Roshan from Pune had avoided using public toilets all her life due to unhygienic and unclean status of these toilets. However, a few days ago she was in for a surprise after spotting a women-friendly toilet in the city. At first, she thought it was a bus-shaped art installation but once she stepped inside, she discovered a swanky restroom for women that boasted standards of hygiene and sanitation.

When I was in my early teens, I was diagnosed with an infection near my uterus area after using a public toilet. Since then I have preferred controlling my bladder than using a public restroom. I was stunned to see the solar-powered toilets inside a bus. It was so clean and well-maintained just like the toilets we find abroad. If such toilets are the future of female hygiene in India, then I believe we are secured, says Aarti, a student of law.

Like Aarti hundreds of women in Pune have been taken by surprise to find these clean public conveniences built inside old discarded buses in the last one year. The brains behind converting old buses to toilets are Pune-based Ulka Sadalkar and Rajeev Kher, entrepreneurs in the sanitation sector. The duo has been working towards changing the plight of public toilets in the city for the last 13 years. 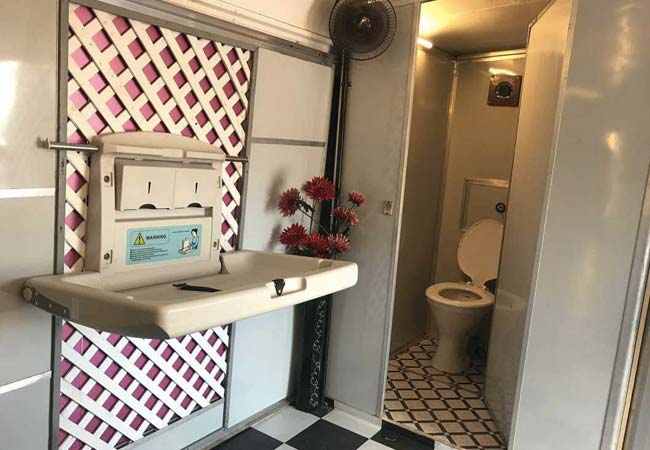 Old buses were turned into toilets exclusively for women in Pune

In the past, they have been instrumental in bringing the concept of mobile toilets in the city. Through their enterprise ‘Saraplast Pvt. Ltd’, they have till now provided several mobile toilets in collaboration with the Pune Municipal Corporation (PMC) under their initiative of ‘Ti for Toilet’ (‘Ti’ in Marathi translates to ‘She’)

It was last year in March when the Ulka and Rajeev met the officials from PMC to discuss the idea of converting old and damaged buses into toilets exclusively for women.

We have been in the business of sanitation for a long time now and we try to look for new innovations regularly. In one of our researches we came across an organisation that puts old buses to use by installing toilets in them. There are several public buses in Pune that end up at landfills or with scrap dealers and so we decided to make use of them, Rajiv Khera tells NDTV. 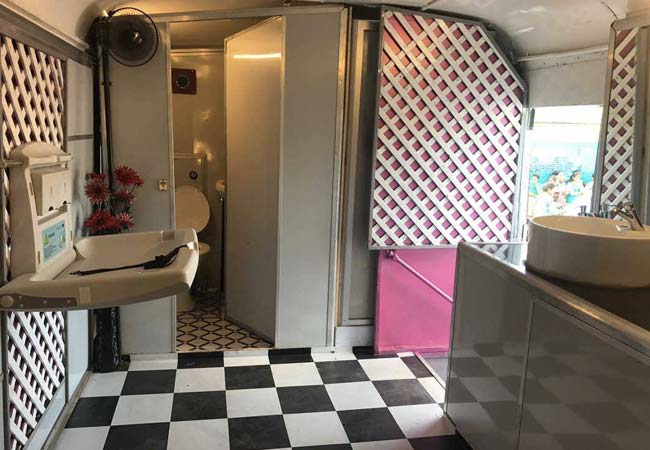 Known as sanitation centres, eleven bus-toilets are stationed across the city

While the PMC provided buses and locations for parking the newly constructed toilets to Ulka and Rajeev, corporate houses pooled in financial resources under Corporate Social Responsibility activities. Known as sanitation centres, eleven bus-toilets are stationed across the city.

Each centre has two styles of toilets – western and Indian. It has facilities like diaper changing place, sanitary napkin dispensers, wash basin, a screen displaying messages on cleanliness and hygiene and a staff to assist the users. Since the model is not self-sustainable, a user charge of Rs 5 is levied. 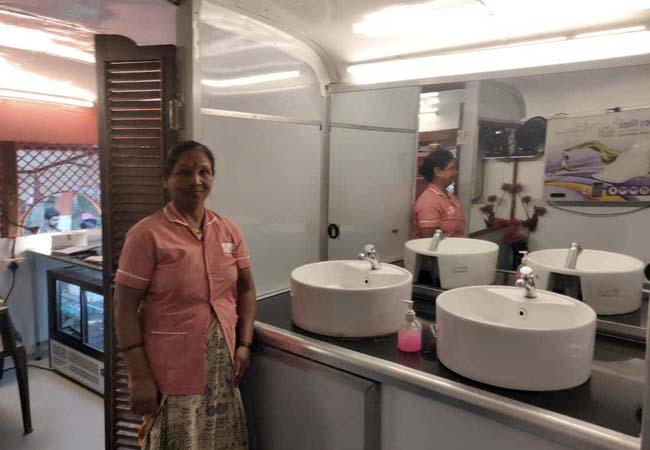 Since the model is not self-sustainable, a user charge of Rs 5 is levied

All the centres are portable or movable but Ulka and Rajeeve believe that parking them in one spot will attract more users.

We have the liberty to move the buses but if its stationed in one place then women will not have search for them every time, they have to answer nature’s call. This way they can also tell their friends, peers and colleagues about it, says Mr Khera. On average, close to 150 women use the toilets per day.

Why Women-Friendly Toilets Are Important?

Did you know that holding or delaying peeing or pooping for long can cause infections and affect the bladder muscles and kidney? Lack of toilet access can have grave health consequences for Women. Even more harmful is having access to toilets that are unclean and unhygienic. Menstruating women, on the other hand, also need a private and accessible toilet. Being unable to manage menstruation hygienically affects women’s health, mobility and dignity. Using the same sanitary product for too long can increase the risk of infection, while not washing hands after changing menstrual products can spread infections such as Hepatitis B.

Thus, having a women-friendly toilet that are equipped with facilities like handwashing, adequate water and sanitary napkin dispensers become extremely important to prevent the transfer of bacteria, viruses and parasites found in human excreta which otherwise contaminate water resources, soil and food.

Also Read: Find The Nearest Toilet: More Than 33,000 Public Toilets Across 835 Cities Have Been Mapped On Google Maps