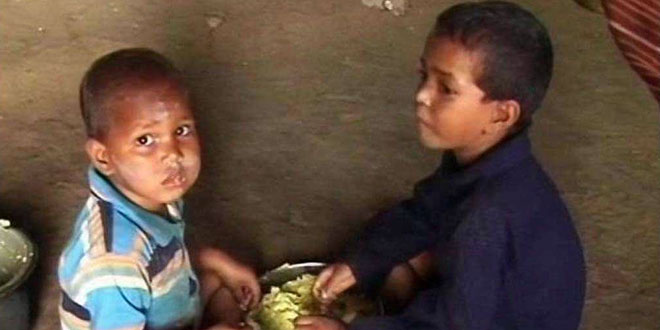 Mumbai: UNICEF (United Nations Children’s Fund) Executive Director Henrietta Fore has praised Prime Minister Narendra Modi for investing the “political time and efforts” in issues like health and sanitation. She said people start looking around at other things that need improvement when they begin to feel that their community is doing better. “If you invest a dollar in sanitation solutions, the benefit will be four dollars in terms of health cost prevention, the (reduction in) number of visits you go to a doctor and in the medicines that you don’t have to buy,” Fore told PTI in an interview.

She was in Mumbai to attend an event organised jointly by the UNICEF and the National Stock Exchange (NSE) Friday. “The prime minister invested political time and effort and what it meant was people began picking up that story. They want to do it for Mahatma Gandhi, for their country and they felt pride in it,” she said in an apparent reference to ‘Swacch Bharat Mission’. The flagship cleanliness drive, launched by the prime minister in 2014, aims to clean up the streets, roads and infrastructure of India’s cities, towns, and rural areas. PM Modi had said the sanitation coverage in the country has increased from 38 per cent to nearly 80 per cent and asserted that the ‘Swachh Bharat Mission’ is playing a central role in creating a healthy India. PM Modi and French President Emmanuel Macron were recently awarded the UN’s “Champions of the Earth” award for their pioneering work in championing the International Solar Alliance and promoting new areas of cooperation on environmental action.

Ms. Fore said, “It (contribution to sanitation) doesn’t have an economic return but when you begin to feel that your community is doing better, it makes you look around at the other things that need improvement. It makes one think that does he have clean water and the solutions for open defecation for all animals in their village, is there a community healthcare clinic, is there enough nutrition for children; not just latrines, what about lighted pathways for all of the girls going to schools. It makes you improve your world”.
When asked about UNICEF’s view on the child mortality rate (CMR) in India during the past decade, Fore said it has shown improvement. “Since 1990s, when the numbers first began, there was a significant reduction in child mortality. Sanitation, clean India should bring numbers down further. What we don’t know yet is how much further they should bring them down. But it’s an exciting journey for India and we really are on the right path,” Ms. Fore said.

Ms. Fore feels that health is one of the challenges an emerging country like India could face in its journey towards a clean nation. “Clean water brings health benefits in a way that many other national strategies cannot,” she said. She also said learning new skills is another challenge for a developing nation because many new industries are expected to flourish. “(Another challenge is to) How to get more women in labour force. The number of women in formal labour force is going down. If only a third of total women in India are in formal employment, it is not high enough to get all of ideas and energy of India,” she said.
The executive director acknowledged malnutrition as another challenge. “This is because if a young child does not get proper nutrition before the age of three and first thousand days, it could affect the development of her brain as well as body. It means they cannot be productive, it means the economy will not be doing so well,” she said, adding employment gets affected ultimately because malnutrition denies children an opportunity.
She further said public policy makes a difference in a developing economy. “So if you begin to look at all these areas a country can look at, India says it wants to skill it youth and (wants to) have a digital future. That vision for future India is what UNICEF and generation unlimited is focused on,” she said. Ms. Fore said if India gets it right for the age group of 10 and 24, it would mean that the country fares well in the decades to come.

Also Read: World Health Day 2018: A Number Of Indian Children Continue To Fall Prey To Malnutrition And Stunting, And Safe Sanitation Practices Could Rescue Them From Their Plight

“If this young population is not caught between those ages, then it is next to impossible for a country to do well. India’s outreach for these young people will be the tipping point for the developing country,” she said. When asked if the UNICEF sees the flagship programmes of the prime minister sustaining in future, Ms. Fore said, “People want areas like nutrition, health, education, sanitation, water protection etc. irrespective of political climate or which party is in power. So it’s up to every community, every household to put a value in it. I believe in terms of sanitation that where there is a room there is a toilet (and) most families would want to keep that. The challenge is to maintain and professionalise it so that people learn to maintain and service it”.
“It’s going to be on each one of us to keep those programmes going that we think benefit the health, education and nutrition in our communities,” she said. United Nations Children’s Fund (UNICEF) is a United Nations agency headquartered in New York city that provides humanitarian and developmental assistance to children and mothers in developing countries. It is a member of the United Nations Development Group.

Despite Ban, Ludhiana Farmers To Burn Stubble Even This Year