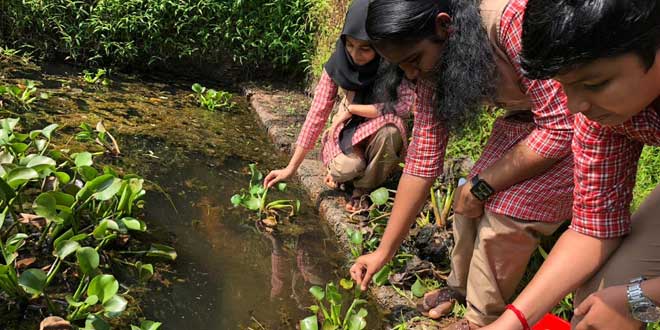 New Delhi: It is June 2018, Henna, Aswathi and Sreejesh, students of class 10 of Ahammed Kurikkal Memorial Higher Secondary School (AKMHSS) in Kerala’s Kottoor, are brainstorming for the National Children Science Competition (NCSC). This year the theme of the competition is ‘Science, technology and innovation for a clean, green and healthy nation’ with a sub-theme ‘waste to wealth’. When the challenge is this big, the innovation has to be even bigger. Hence, Sarath K. S., the mentor of the project, decided to make eco-friendly sanitary napkins using water hyacinth, a major invasive plant of Kerala.

Water hyacinth, the world’s worst aquatic weed, multiplies rapidly by forming a dense layer across the surface of ponds, lakes, and even rivers. It grows in and mats up to 2 meters thick, causing an imbalance in the aquatic micro-ecosystem. So using something like this to make sanitary napkins was a task for the team.

Talking to NDTV about turning the idea into reality, Sarath says,

People across the world are already making coasters, lamp, rugs, and other items from water hyacinth. The question was, how will our innovation be different? The idea was simply to use waste and make something eco-friendly so we decided to make sanitary napkins. Reason being, they are made of plastic and harm the environment in various ways.

The three students along with their mentor kick-started the project by understanding the environmental issues due to water hyacinth proliferation. For the same, the team spoke to environmentalist Khadeeja Nargees and locals and conducted various laboratory experiments in their school. The study area of the project was Randathani, Kezhmuri, Erkkara; wards one to three of Marakkara Panchayath, Malappuram, Kerala wherein the team mapped four ponds having water hyacinth. 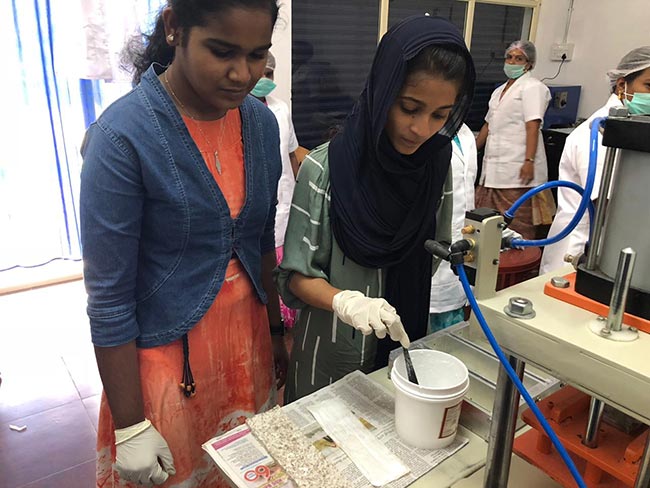 The second step was to understand the use and disposal method of sanitary napkins. To get clarity on it, the students spoke to health experts and did a small survey covering 100 houses. The survey revealed that 71 per cent of households use sanitary napkins and 97 per cent rely on plastic based sanitary napkins. Also, while 48 per cent burn the used pad, 11 per cent flush it. The findings made it more crucial for us to produce bio-degradable pads and make everyone switch to it, says Sarath.

Also Read: Only 36 Percent Of The Women In India Use Sanitary Pads During Periods

The next step was to understand the stages of making a sanitary napkin for which the students interviewed health experts and visited a sanitary pad making unit in the city.

The final step was to actually make one. The manufacturing of the bio-degradable sanitary pad includes collecting, cleaning, cutting and sterilising of water hyacinth stalks. Absorbent layer is made using stalk and cotton, which is sandwiched between the top and bottom layer made of cotton. Bees wax is used to seal the barrier layer. Lastly, the pad goes through UV sterilisation.

Also Read: Meet The Award Winning 27-Year-Old, Who Has Come Up With 100 Per Cent Biodegradable Sanitary Napkins

Though the product has not been released commercially yet and is awaiting patent, it has been priced at Rs. 3 per piece which is cheaper than the regular sanitary napkins, says Sarath. The mentor also claims that the bio-degradable sanitary napkins can absorb 12 times more than regular pads.

Today, the innovation has been winning accolades at varied science fairs across the country. The team is also a national winner of the Kerala government’s Young Innovators Program (YIP). 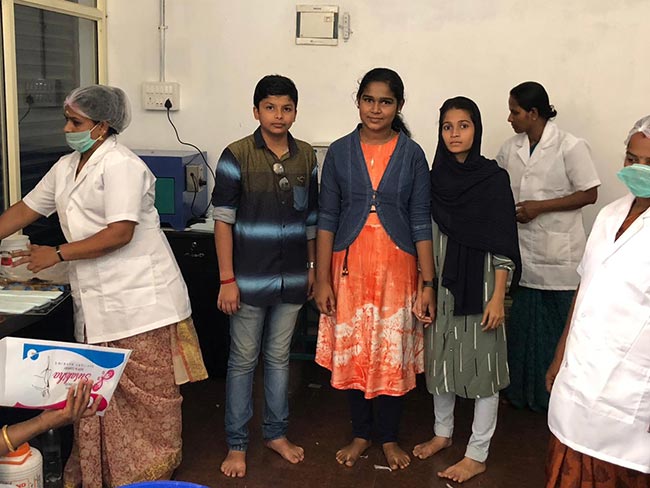 The waste warriors who under the guidance of their mentor have developed low-cost, biodegradable sanitary napkin

With this one innovation, we are solving two problems – managing water hyacinth waste and providing eco-friendly solution to women and girls. Now as we have been selected as part of Kudumbashree, a startup village entrepreneurship programme initiated by the Kerala Government, which is a three year project, we hope our innovation will be taken to masses, signs off Sarath.

‘Recycling Is The Future’, Lessons From Mangaluru Artist Who Turns Discarded Bottles Into Beautiful Art Pieces