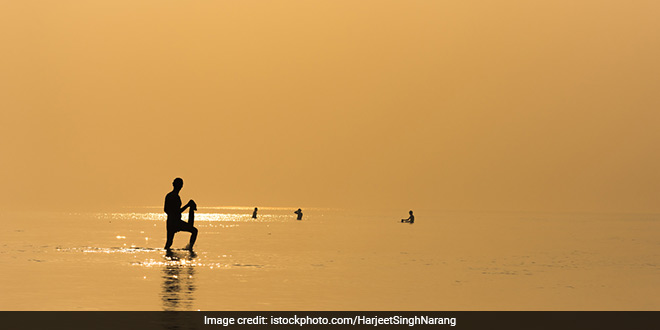 New Delhi: A stunning triangular Sagar Island, situated around 130 km from Kolkata and faces the Bay of Bengal on the third side is all set to go plastic free soon. The island which is also the venue for the annual Gangasagar Mela has already started seeing adequate measures being taken by the West Bengal government. A senior official from the government confirmed the news and said, the local administration has been asked to take adequate measures to stop all kind of plastic pollution entering the island and ensure that pilgrims coming to the area for the Gangasagar Mela do not litter the place or the Ganges water with non-biodegradable or plastic materials.

Speaking to the leading news agency PTI, the official added,

We have been working all round the year trying to make the area a no-plastic zone. The island will go plastic free, but this will take some time.

The motive behind this step is simple to preserve the pristine beauty of the island, the official further said,

Every year, lakh of Hindu pilgrims gather here during Makar Sankranti to take a holy dip at the confluence of the Ganga and Bay of Bengal. With this comes a lot of plastic waste and that’s what the government now plans to tackle in an effective manner.

In a bid to create mass awareness on plastic pollution, the administration has been distributing leaflets to the local people and the visitors to create awareness on why they should look out for alternatives to plastic and ditch plastics from their lives completely. Even microphones have been installed at five ghats in the area that will be guiding people on garbage disposal.

Two types of bins will be placed at the ghats. While the green ones are for biodegradable garbage, the yellows will be for non-biodegradable materials, added a member of the Gangasagar panchayat samity which has also been roped in.

The block development officers and other senior government officials have also been involved to spread the word on the initiative and the district administration will take help from representatives of self-help groups and local people to keep the area clean.

This drive, initiated last year, is already showing positive results. The roads and the beaches as well as the mela ground are now clean and free of plastics. But, we will still have to make progress and achieve the goal of 100 per cent plastic free island, which we are now aiming in full swing, added the senior official from the government.