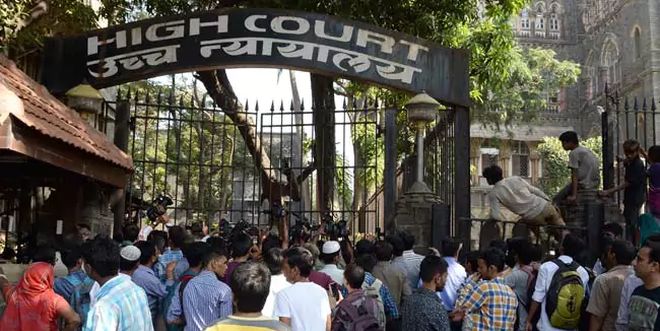 New Delhi: In December 2017, the Mumbai civic body as part of Swachh Bharat Abhiyan made it compulsory for 423 petrol pumps across the city to allow general public to use their toilets for free, irrespective of whether they have come to refuel their vehicles or not. The civic administration issued the circular to ensure that more toilets are available for usage to people and there are no instances of open defecation in Mumbai, which was declared ODF in July, 2017 by CM Devendra Fadnavis. However, the All Maharashtra Petrol Dealers Association, not being very amused with the decision, even voiced their concern regarding giving everyone access to toilets. The association along with other petrol pump owners from across Mumbai then filed a petition against this decision. On hearing the petition on March 6, the Bombay High Court questioned how the Brihanmumbai Municipal Corporation (BMC) could convert private toilets into public toilets under the Swachh Bharat Mission.

Fearing that opening the toilets to general public may result in their misuse will become difficult for the petrol pump staff to keep them clean, the petitioners were seeking a stay on a notice issued by the civic body on December 22, 2017, under which the BMC had put up signboards across all such stations informing the public to utilise the toilets at petrol pumps.

A division bench of Justices A S Oka and Riyaz Iqbal Chagla on hearing this writ petition said to civic body, “It is your obligation to build toilets (under Swachh Bharat Mission). While you do not do that, instead you make private toilets into public toilets.”

What is the source of power that allows BMC to claim that toilets inside private petrol pumps are public toilets? questioned the court.

In this regard, the counsel for the BMC said that the corporation had done so to further the cause of the Centre’s Swachh Bharat Mission. “A meeting was held and the petitioners had allowed us to use these toilets for public purpose during emergencies,” the counsel further said.

While replying to the counsel, Justice A S Oka said that action under the Swachh Bharat Mission or any other scheme of the Union government also had to be in accordance to law. “Which law can allow you to convert private toilets into public toilets,” Justice Oka asked.

He also pointed out that as per the minutes of the meeting submitted by the petitioners, they had never allowed the civic body access to toilets in petrol pumps for general public.

You cannot put up boards outside their properties saying that the toilets in their premises are public toilets. How can you do that following the Swachh Bharat Mission? Show us where it says so, said the court.

“You cannot do this. Take instructions that you will not do this in a private property. The Swachh Bharat Mission cannot affect the rights of others like this. You cannot put up boards without consent of the petrol pump owners. You will have to remove the boards wherever it is required. Otherwise we will have to pass relevant orders,” the high court said.