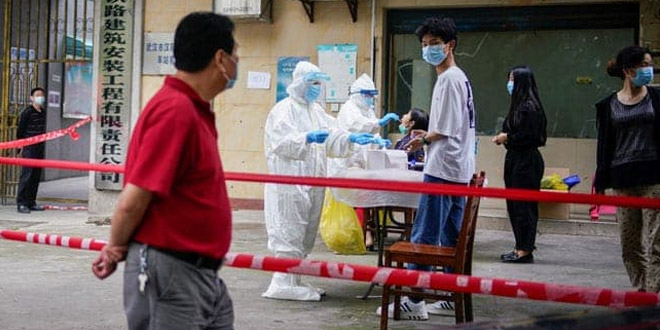 New Delhi: As the global crakdown on COVID-19 pandemic continues, the World Health Organisation (WHO) has been trying to trace the origin of the outbreak. For this, it had designated a team of 10 specialists who spent four weeks in China. Wuhan, a city in China’s Hubei province, was the first place where SARS-CoV-2, the virus that causes COVID-19, was officially reported. The virus then spread to over 200 countries across the world.

Also Read: India Fights COVID-19: What Can Be Done To Speed Up Vaccination In The Country?

Why Is It Important To Find The Source Of The COVID-19 Pandemic?

Dr Preeti Kumar, Vice President – Public Health System Support at the Public Health Foundation of India (PHFI) said that it is important to trace the origin of the coronavirus because it is constantly evolving and some of the strains that have come up during the past one year are highly contagious. She said that the information on the origin of the virus gives clues about where it evolved in the first place and how human activities like deforestation can influence the occurrence of pandemics. She said,

Tracking down the source of a disease outbreak help us answer questions about how and when people first became sick and to slow the spread of infection, both now and in future outbreaks. When it comes to zoonotic diseases (those diseases that jump from animals to humans like COVID-19), the scientists track the first-ever human case – the point at which IT spills over from an animal to human.

According to the WHO, the team on Wuhan Mission has found that COVID-19 outbreak might have been much wider in Wuhan in December 2019 than previously thought. It may have been spreading in China long before its first official emergence in mid-December, said the team in a press conference. The team further said that the coronavirus causing COVID-19 did not originate in a laboratory in Wuhan and the bats remain a likely source. The WHO has also found that there were 13 different strains of the virus in Wuhan already in December 2019. The Mission Wuhan team also found that seafood market in Wuhan has played a role in virus’ first spread but while some of the strains were linked to the seafood market, some were not. WHO said that if the variants are examined with wider patient data in China across 2019, it could provide valuable clues about the geography and timing of the outbreak before December.

While the UN health agency has asked the government of Republic of China, to provide access to blood samples of lakhs of people from the city that the country has not so far let them analyse, Dr Aggarwal said that it will not be easy to know the exact information on the origin of the virus as it highly depends on the cooperation from China in providing the data. The WHO said that the team would return to Wuhan in few months after which it will present its final findings.

Also Read: Coronavirus Outbreak Explained: What Is Genome Sequencing And How Can It help Combat COVID-19 Pandemic