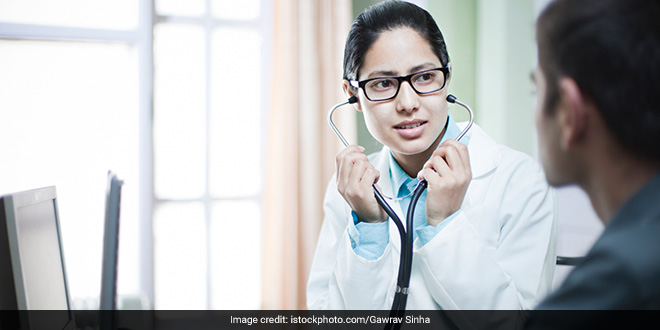 Thiruvananthapuram: The Central government plans to bolster the public healthcare system across the country by increasing the number of Ayushman Bharat Health and Wellness Centres (HWCs) from the current 60,000 to 1,50,000 by December 2022, Union Health and Family Welfare Secretary Rajesh Bhushan said on Wednesday (February 17). Mr Bhushan said his ministry is also creating a new cadre of Community Health Officers (CHOs), which is basically populated by BSc nursing professionals. There are other professionals also who will be manning this cadre to operationalise the HWCs.

They are the team leaders and, in close contact with the local self-government like Panchayati Raj institutions and urban local bodies, will be ensuring that 12 healthcare services in a package are delivered to the community, he said.

He revealed this while delivering the keynote address at an international health webinar series, titled ‘Kerala Health: Making the Sustainable Development Goals (SDG) a Reality’, which is organised by the state’s Department of Health and Family Welfare.

Kerala Chief Minister Pinarayi Vijayan inaugurated the five-event webinar series, which is staggered over five days across this month and early March, with each event dealing with a health issue that is particularly relevant for Kerala. Kerala Health and Family Welfare Minister K K Shailaja delivered the presidential address.

Describing HWC as a significant governance reform that takes public healthcare closer to the community, he said the government has set the target of increasing the number of HWCs by 70,000 by the end of the current financial year before hitting the December 2022 target.

India’s Public Healthcare Centres (PHC) reform efforts started roughly two and a half years ago with the announcement of Ayushman Bharat HWCs, which are designated to deliver comprehensive primary healthcare and has now gained momentum. The public healthcare system has played a robust role in progressing towards Universal Health Coverage (UHC) and that is eventually the target of Sustainable Development Goal (SDG) 3, he said.

While heaping praise on Kerala for making remarkable strides in meeting the quality of life indicators of its citizens, he also listed the emerging challenges that are unique to the state.

Kerala also stands at crossroads of public healthcare delivery. It is now grappling with higher morbidity rate as compared to other states, a greater burden on healthcare facilities because of the demographic transition in the state and also because of the increasing burden of non-communicable diseases (NCDs), Mr Bhushan pointed out.

How the state responds to these challenges will determine its success in achieving the SDGs, particularly the SDG 3 that relates to health and associated goals, the Health Secretary said.

Kerala has 842 HWCs operational to provide services closer to the public. The state has led the way in rolling most of these 12 service packages such as reproductive healthcare, child and maternal health care, cleaning, NCDs, mental health, and care for the elderly or geriatric care, which is extremely significant in the context of the state, he stressed.

Kerala is witnessing epidemiological and demographic transition, particularly the challenges relating to chronic diseases that can be addressed through these HWCs, he said, adding that the focus on well-being is critical. Roughly one-fifth of both men and women in Kerala have blood sugar levels higher than the cut off range of 140 mg with 24.8 per cent women and 27 per cent men having very high levels or reported to be under treatment. Blood pressure levels are higher than the cut off in 22 per cent of women and 25.9 per cent men. Further, adult nutrition data shows a considerable increase in obese people – from 32 per cent to 38 per cent for women and from 28.5 per cent to 36 per cent for men. Also, among men, 16 per cent and 19 per cent reported tobacco and alcohol use, respectively.

Health and Wellness Centres, besides the Kudumbashree network, must be utilized effectively for treatment adherence and early detection for early treatment. The state’s effective leveraging of local self-governments for health activities should now be used as a platform for promoting well-being.

“The state government does have detailed granular plans for tackling the issues such as PHCs, COVID pandemic, TB, NCDs and mother and child care,” he said and hoped that the webinar would lay the groundwork for achieving the SDGs in Kerala and also provide learning for the rest of the country.

WHO’s Team Tracing the Origin Of COVID-19 Is Back From China; Experts Explain Why It Is Important To Find The Source Of The Outbreak