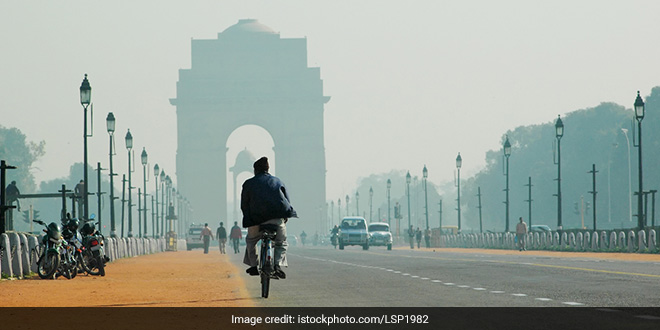 NEW DELHI: Pollution has been hitting dangerous levels across New Delhi and other parts of northern India this month, in a sharp deterioration from October when people breathed the cleanest air in four years. Here are some of the factors that are driving the abrupt changes in air quality and compounding the problems regularly caused by crop burning and Diwali festival firecrackers.

WHY THE RELATIVE RESPITE IN OCTOBER?

In past years, air quality has generally started to decline steadily in the region around October after farmers finish harvesting their rice crops. Typically, the growers from the states of Punjab and Haryana near New Delhi then start clearing space for wheat by torching rice paddy stubble left behind by mechanised harvesters.This year, however, regular rains made it difficult for farmers to set fire to the rice paddy stubble and start re-planting. As a result, the Air Quality Index – which measures the concentration of poisonous particulate matter PM2.5 in a cubic metre of air – came in at an average 72 across the region in October, sharply down from 126 the same month last year.That is still above what the government says is a “safe” limit of 50.

WHY THE SURGE IN NOVEMBER

Grain growers have had to move quickly to make up for the time they lost in October. In an average year, they would have had 20-25 days to harvest the rice crop and plant wheat. Speed is everything as late planting can result in lower crop yields and substantial losses. This year, many have said they will focus on the first two weeks in November and burn whole areas at once, rather than staggering fields. The pollution from crop burning is due to peak at a time when temperatures drop further and pollutants get trapped in the air in thick winter fogs and smogs.

It has also coincided with Diwali, when Indians set off firecrackers as part of an ancient Hindu tradition. On Friday, the day after the festival, the Air Quality Index in New Delhi and other cities surged to 451 on a scale of 500, indicating “severe” conditions.

WHY IS DELHI VULNERABLE TO POLLUTION?

India’s vast northern plains are drier and dustier than other parts of the country. New Delhi, despite being one of the greenest cities in India, is also exposed to pollutants coming from Afghanistan and Pakistan, experts say. Dust from the Thar Desert, or the Great Indian Desert, in the northwestern part of the subcontinent, adds to Delhi’s pollution. Outside the city, experts say farmers have also been slow to adopt technologies and techniques that could cut down on the pollution coming from crop burning. Since 2018, India has given up to an 80% subsidy to farmers to buy machines that dispose of rice stubble left out in the field by mechanised harvesters without burning. But poor implementation of the plan means that a large number of farmers still prefer to burn crop waste.